Porsche is giving the Cayenne and Cayenne Coupé a facelift towards the middle of its product life. Our Erlkönig hunter caught both models with still strong camouflage.

The now shot down model reveals a bit of the new design. The new headlights, which appear much flatter than the fake camouflage suggests, are already clearly visible. The double LED daytime running lights can still be seen in the new front apron, while the lower part of the apron has been given a new look.

Porsche has also given the Cayenne a new look at the rear. As with the Coupé, the license plate field moves from the tailgate down into the bumper. This also changes the flap cutout and leaves more space for the model designation. The rear lights, which will probably be completely redesigned, are still hidden under massive camouflage. It remains with the continuous light band, but here the Porsche logo is generously emblazoned underneath. However, after the facelift, the lights are slightly higher and protrude further into the fender, as can be seen on the new Panamera. 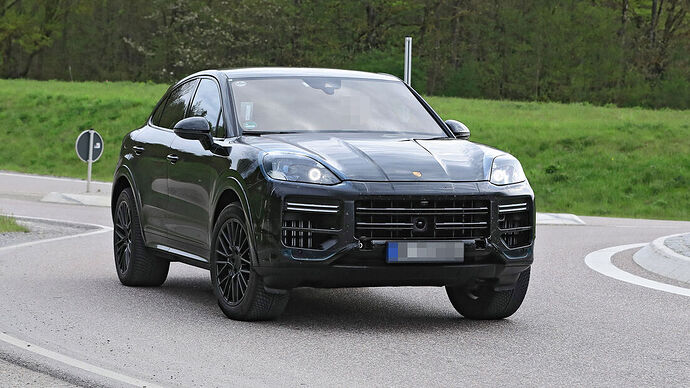 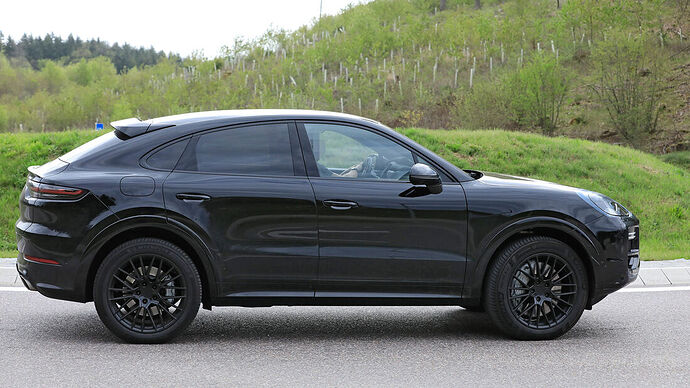 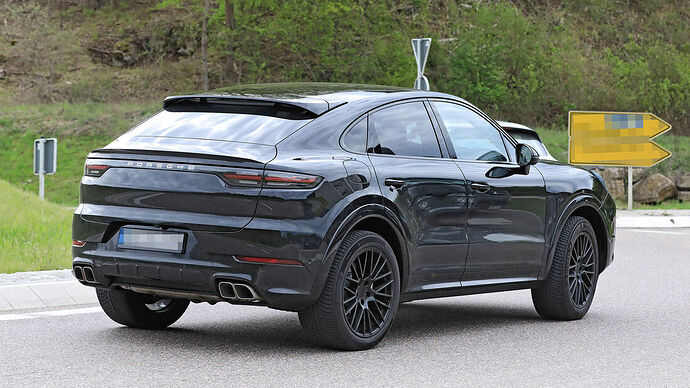 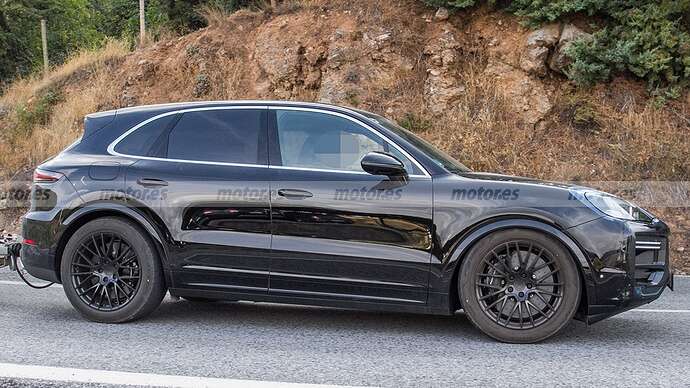 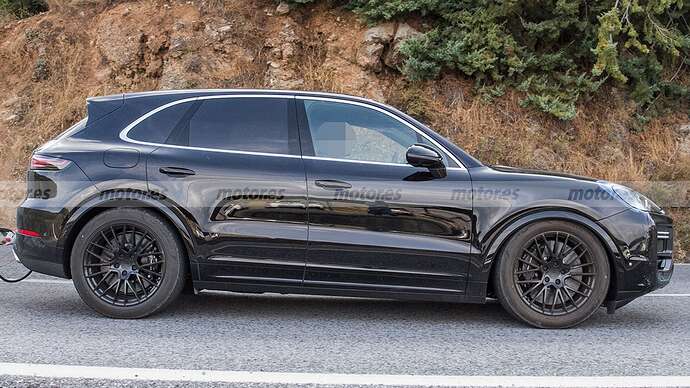 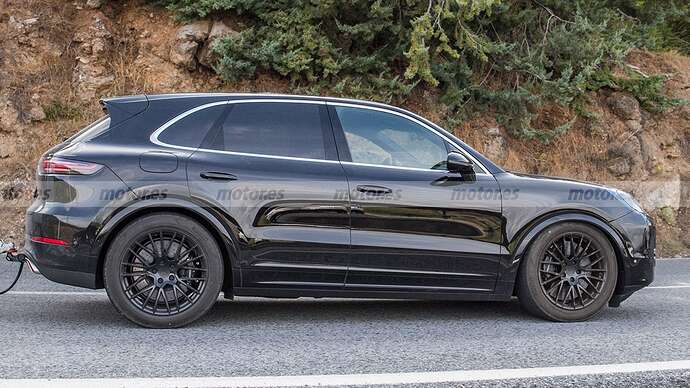 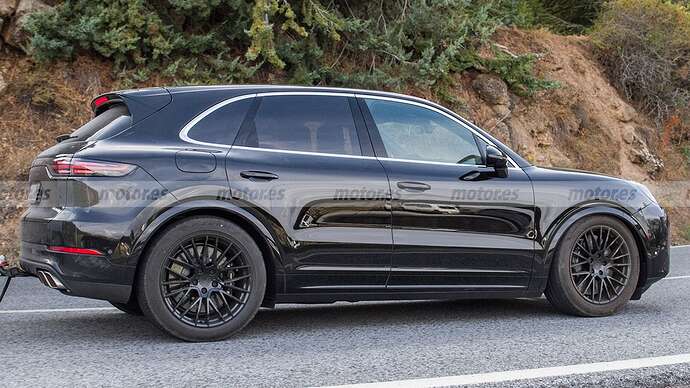 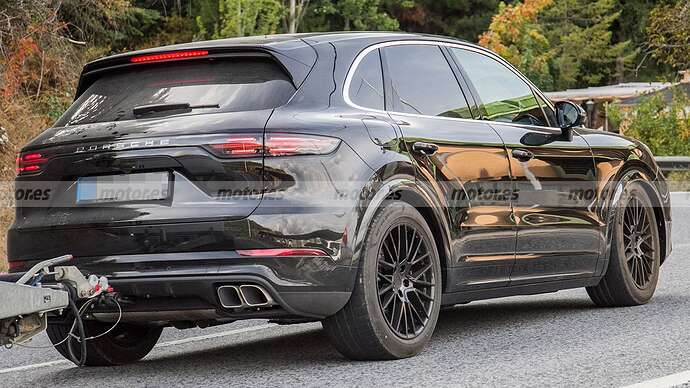 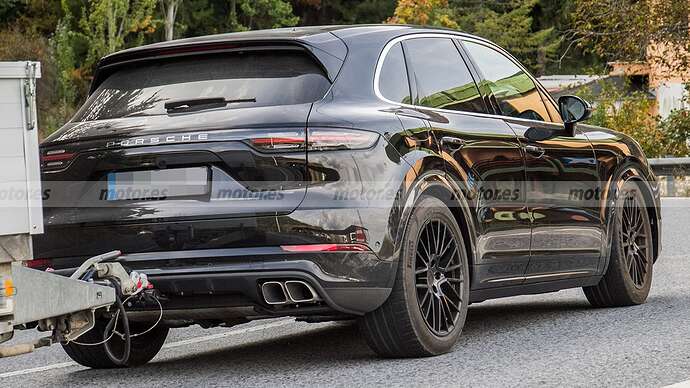 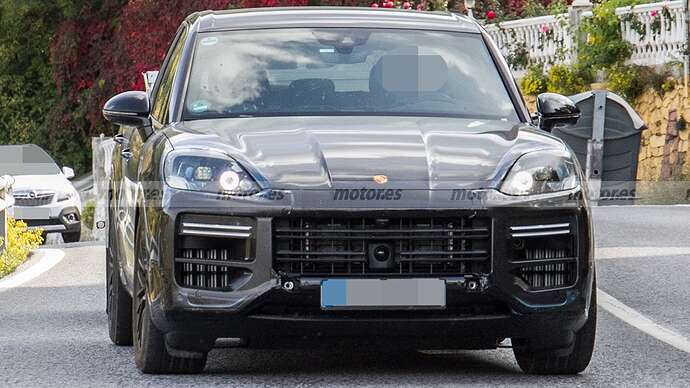 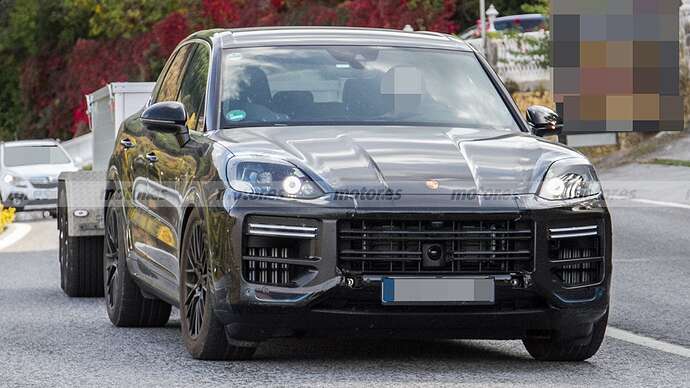 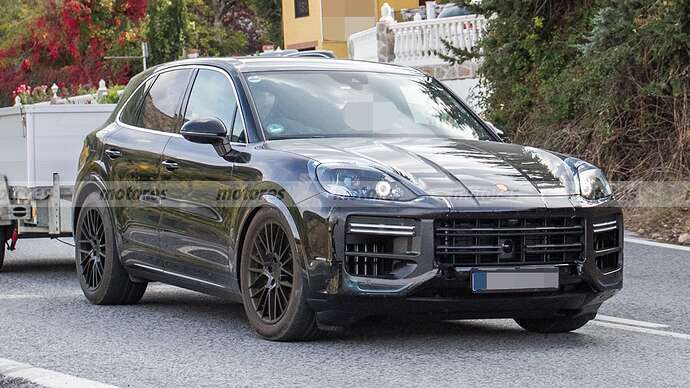 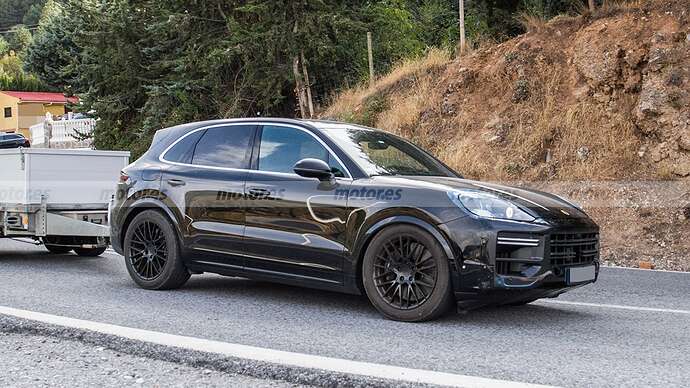 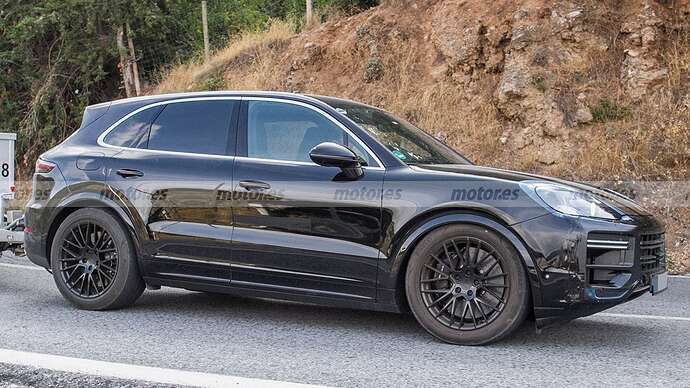