The Ferrari SF90 Versione Speciale will take the already quick supercar and will add even more performance. 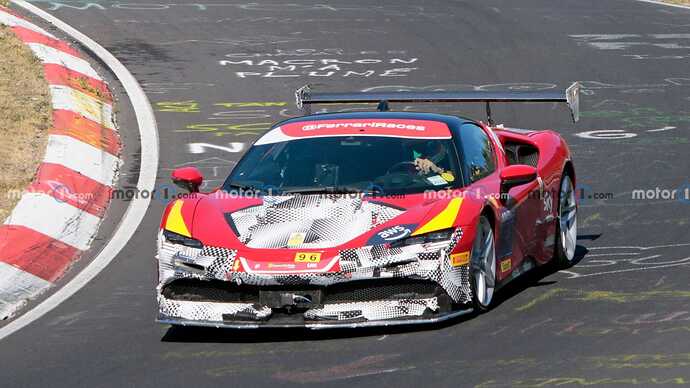 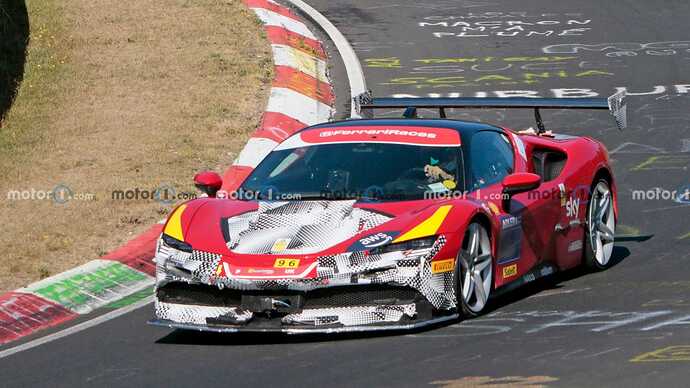 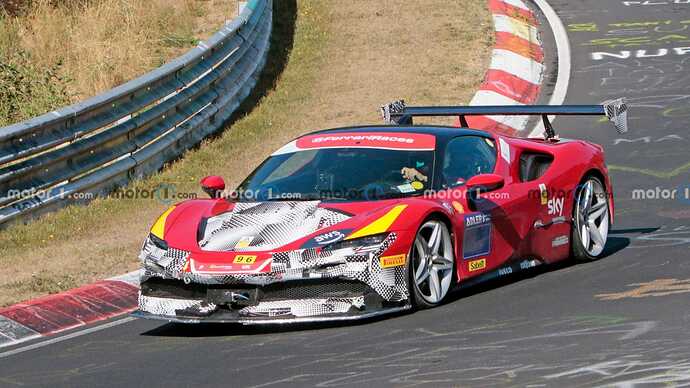 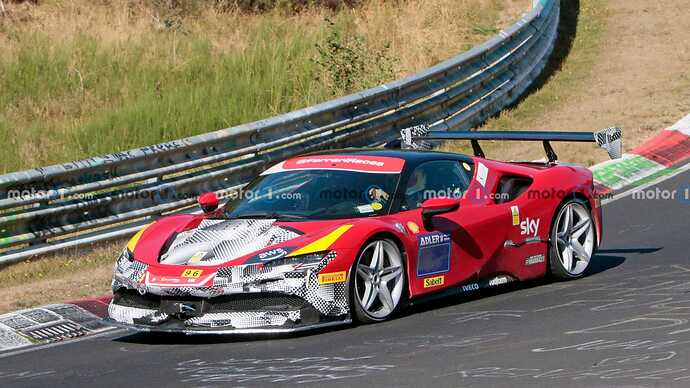 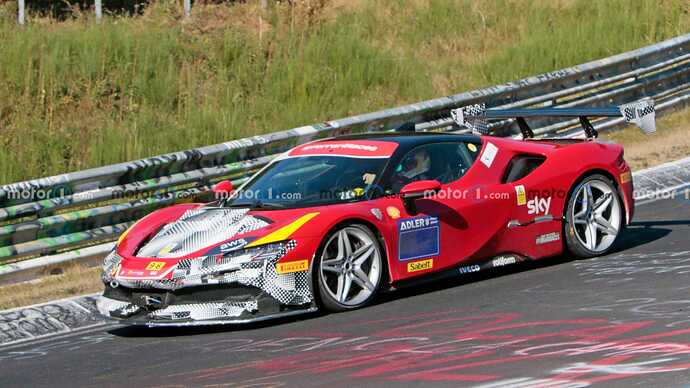 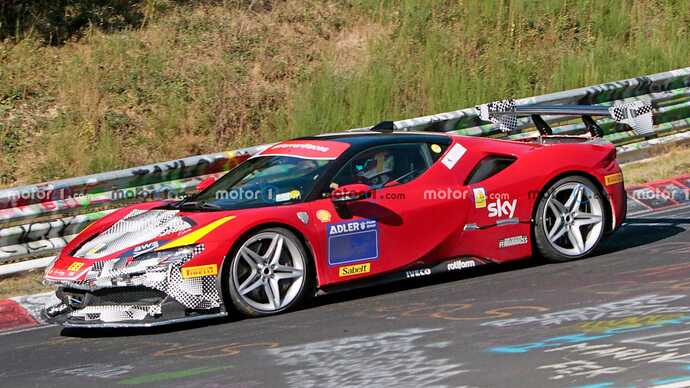 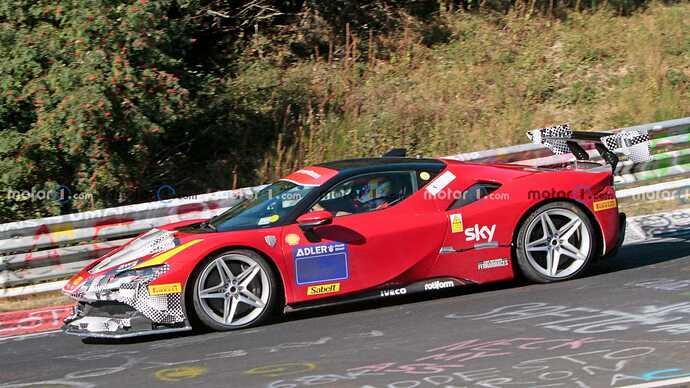 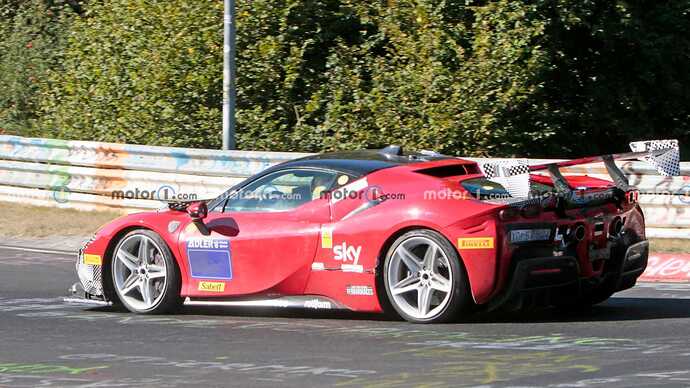 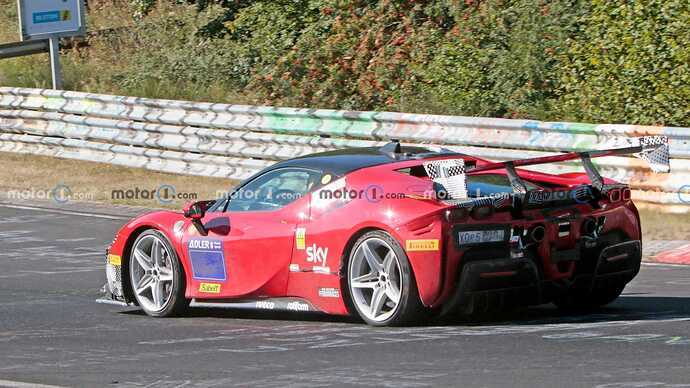 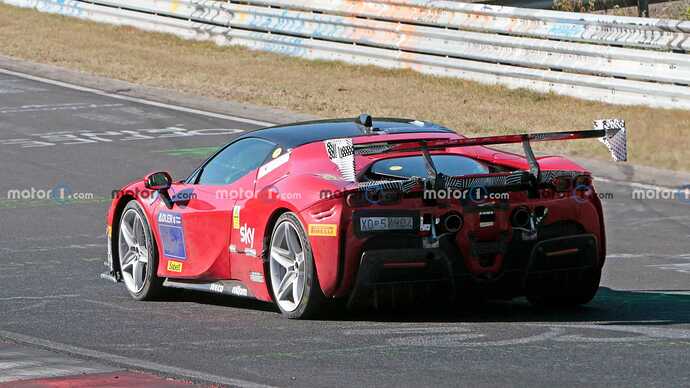 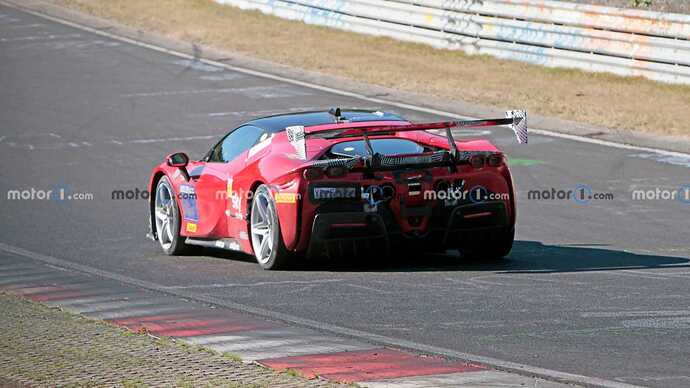 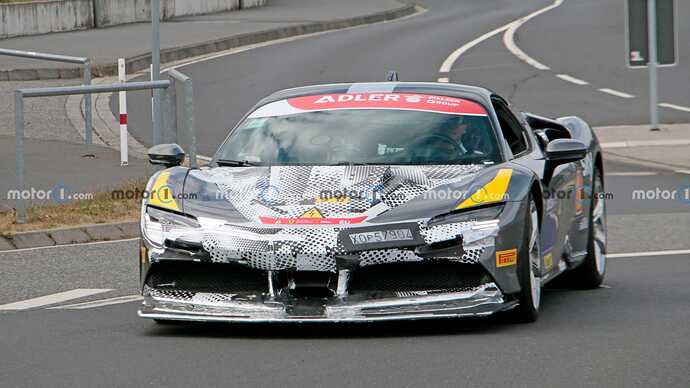 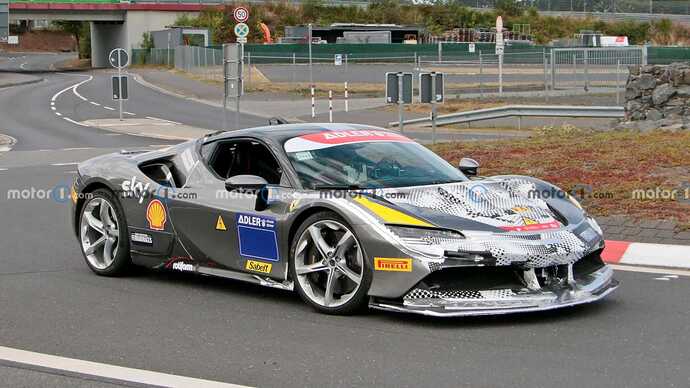 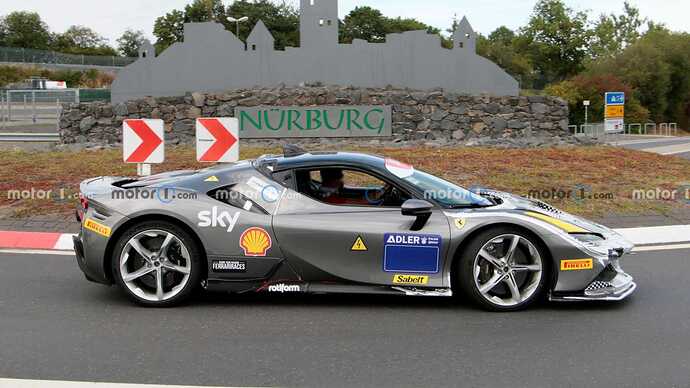 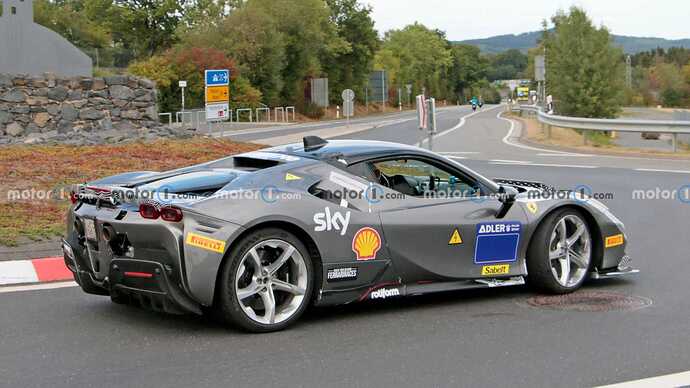 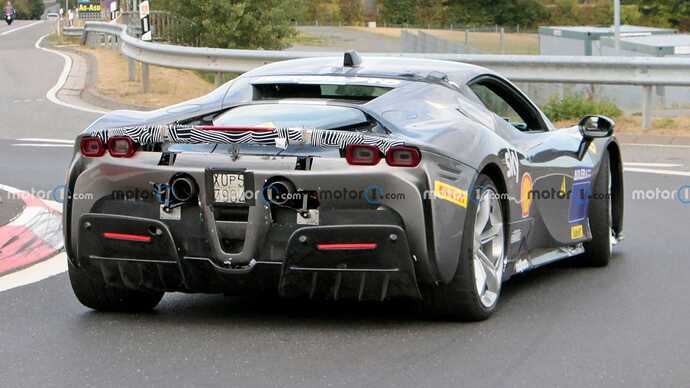 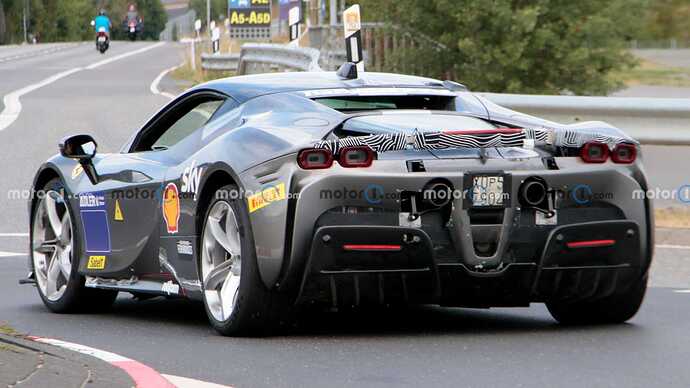 The design tweaks include a much larger front splitter. There are also revisions to the front fascia. On the red car in these photos, the company hides this section with a panel and a sensor in front of it. The revised, more narrow uprights are visible on the gray car. The inlets below the headlights aren’t as wide but are taller.

Zoom in on the hood to see a new raised section near the windshield. The new shape is most visible when viewing this SF90 from the side.

At the back, the red car in these photos boasts a massive wing on the rear deck. This is the first time we are seeing it, despite having several previous spy shot galleries of the SF90 Versione Speciale. One possibility is that the piece might be part of an optional performance package.

There’s camouflage on the tip of the decklid. It looks like there’s a more aggressive design for the spoiler that integrates into the piece.

Ferrari also fits exposed supports for the exhaust tips. This clearly isn’t a production-spec layout, which suggests the final Versione Speciale might have revisions to the outlets.

The existing SF90 makes a total of 986 horsepower (735 kilowatts) from a twin-turbo 4.0-liter V8 and three electric motors. It’s not clear whether the Versione Speciale would increase the output even more or if the aerodynamic tweaks would be the major upgrades for this version.