Genesis is developing an F-segment super-large SUV that exists on the GV80. Competitors are flagship SUVs of each brand, including Mercedes-Benz GLS, BMW X7, and Cadillac Escalade. The main markets for these super-large SUVs are the United States and China. For Genesis, it is a necessary segment to expand its brand area. As a result, Genesis plans to form a full lineup of SUVs from GV60 to GV90.

The GV90 will appear as an electric vehicle. It is a good strategy for latecomers. It is being developed based on Hyundai Motor Group’s electric vehicle-only E-GMP platform, and is expected to be released between 2024 and 2025.

No specific specific specifications were revealed, but one interesting piece of information came out about design. Genesis is developing the second row door of the GV90 in the form of a “coach door.” With a similar design to Rolls-Royce, the rear door hinge is attached to the back. This design was applied when Kia announced the concept of telluride, but it was omitted from the mass production model.

I’m going to add a picture of the test car at the beginning of development. 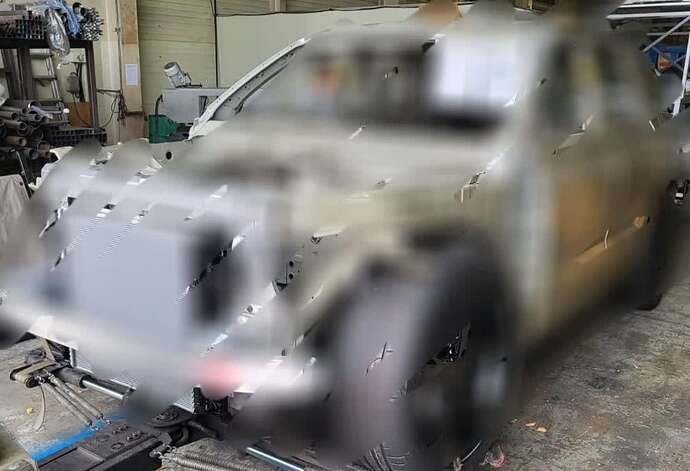 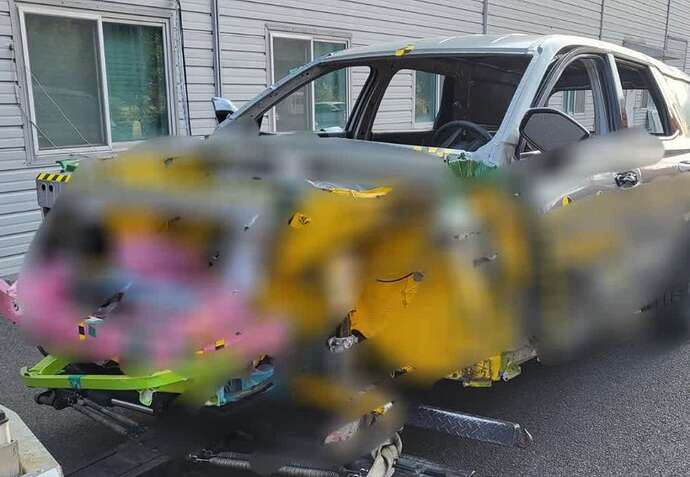 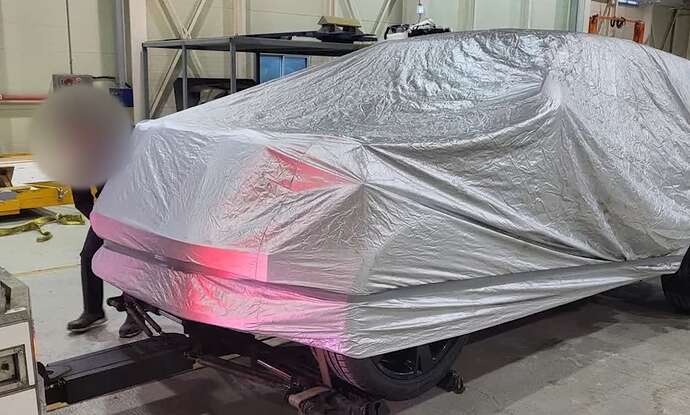 It’s a GV90 test mule that’s hidden by the palisade look.
If you look closely, the body is much longer than the palisade. And considering that the left gas port cover has been removed, it seems to be testing the electric powertrain. 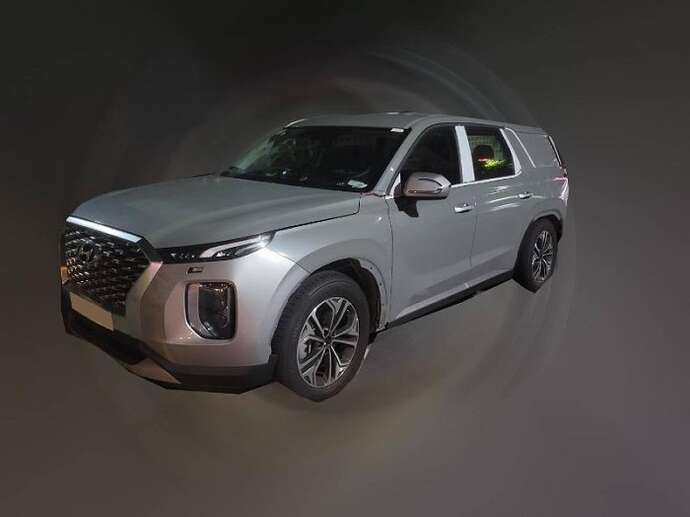 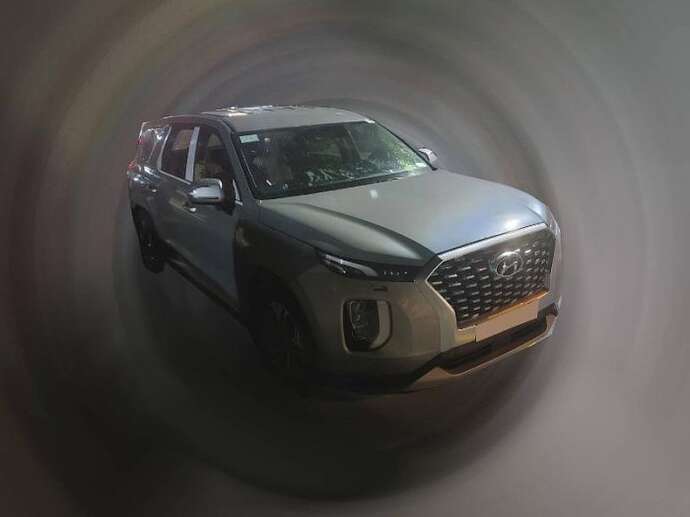 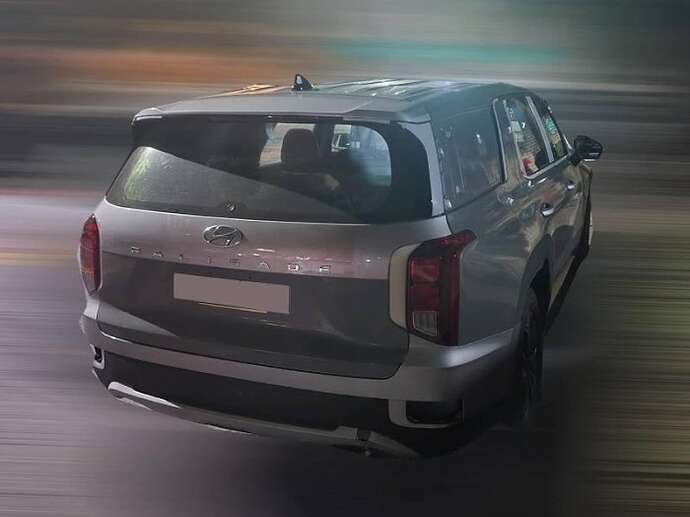 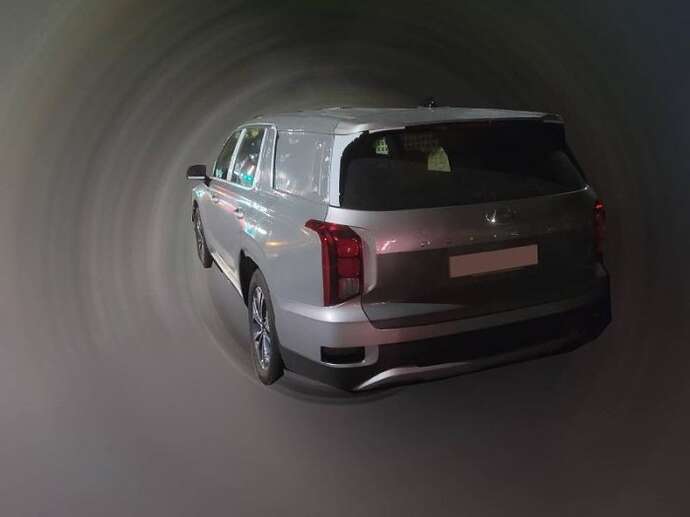 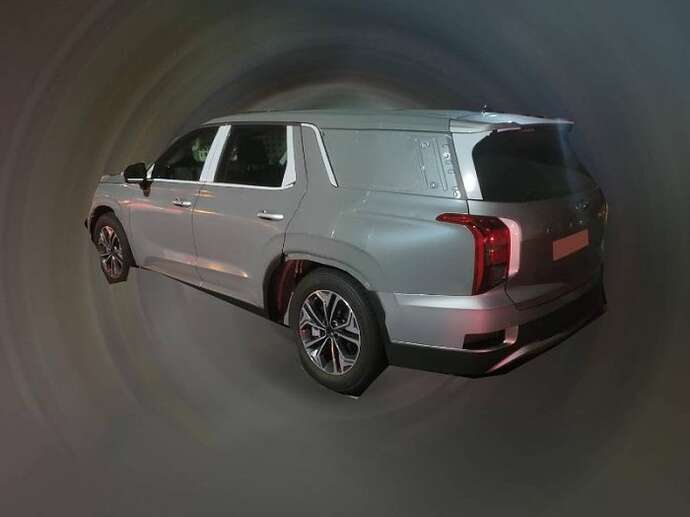 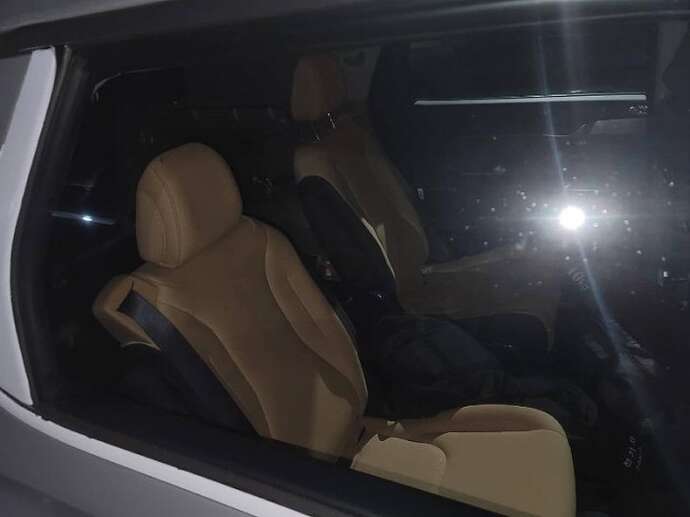 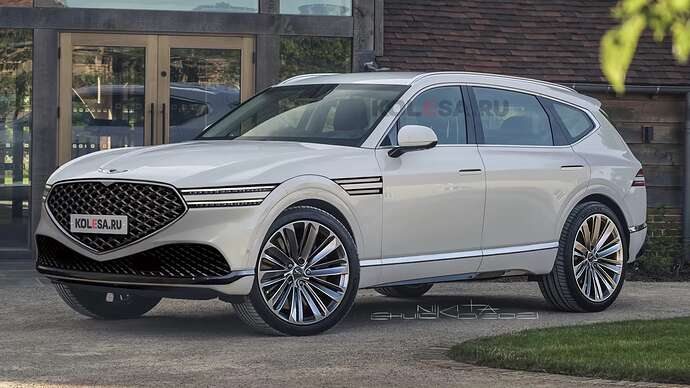 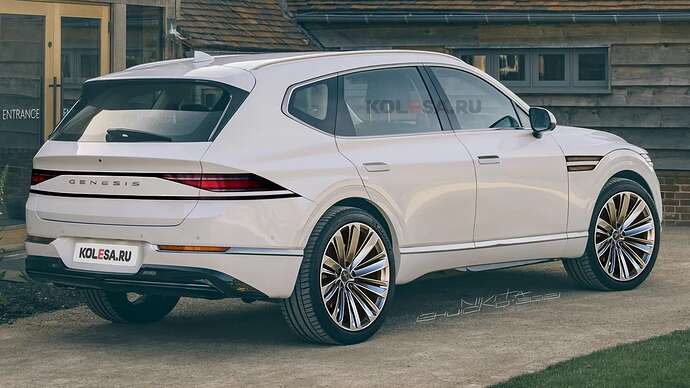 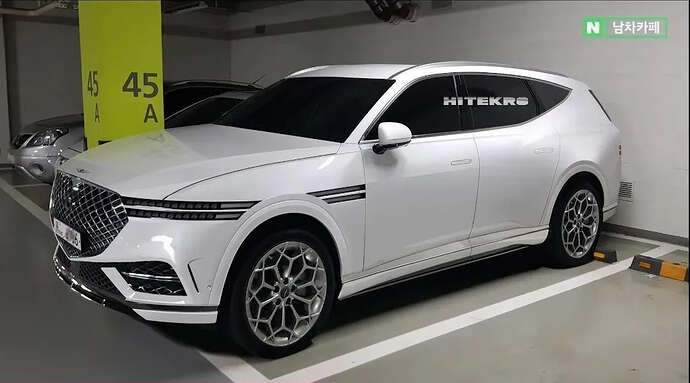 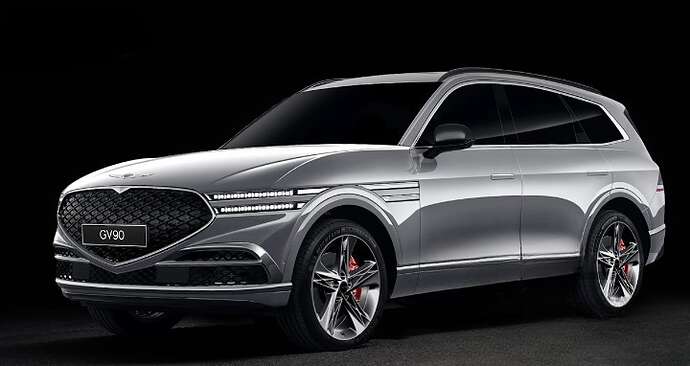 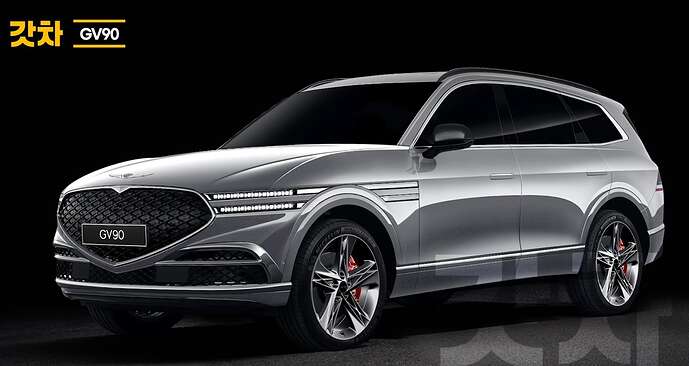 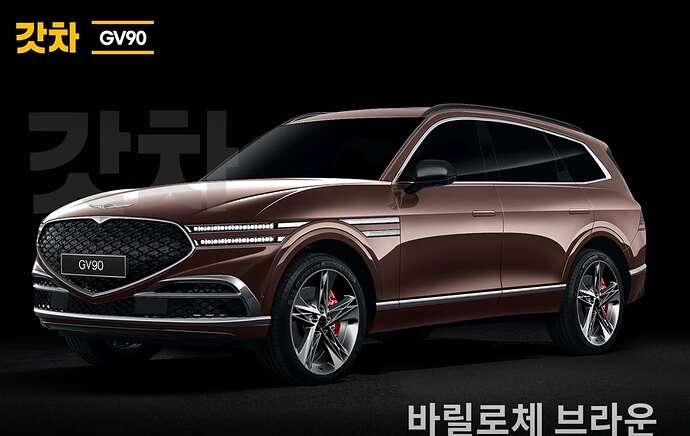 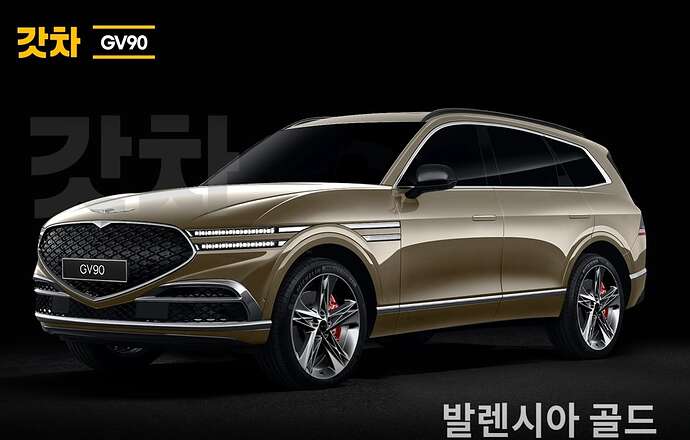 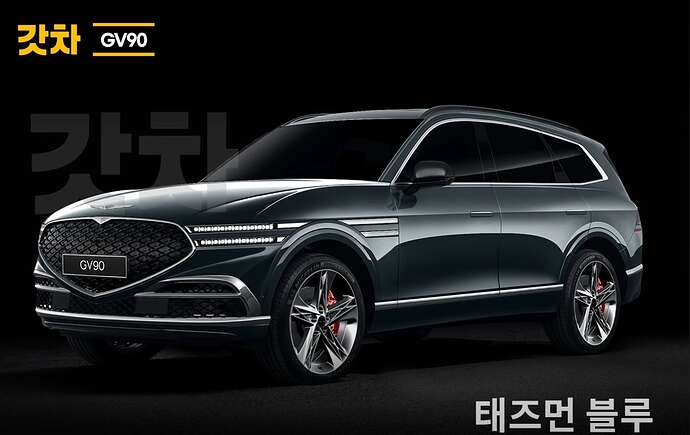 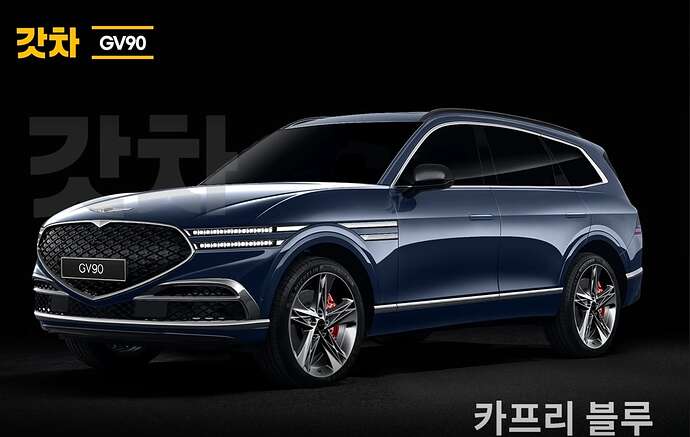 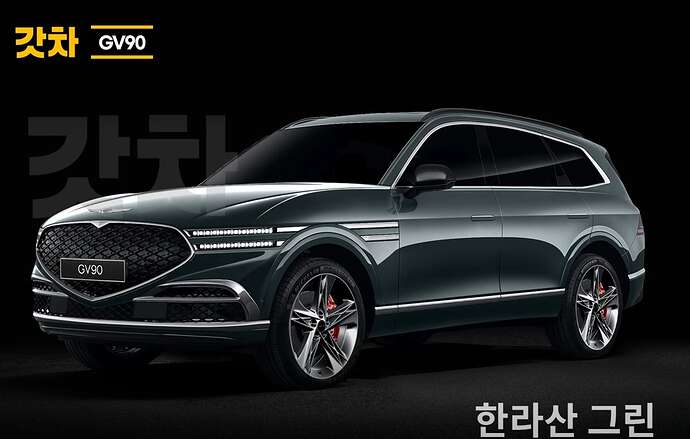 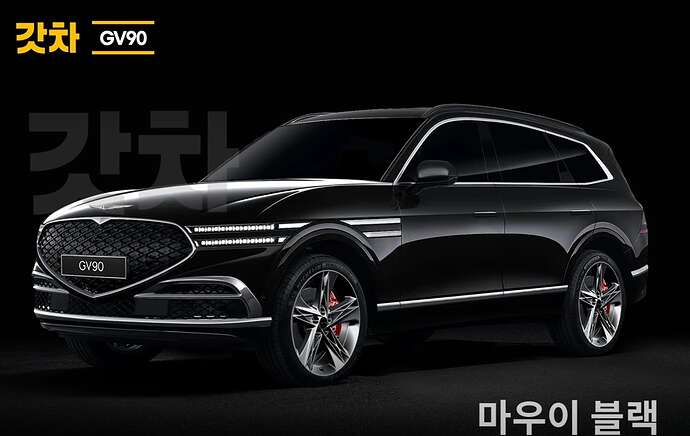 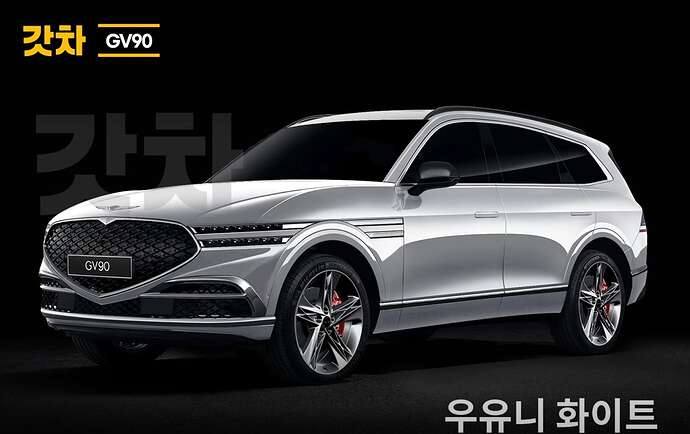 It’s the Genesis GV90 test car that was captured after a long time. I’m wearing a palisade look, but I think it’s much bigger. 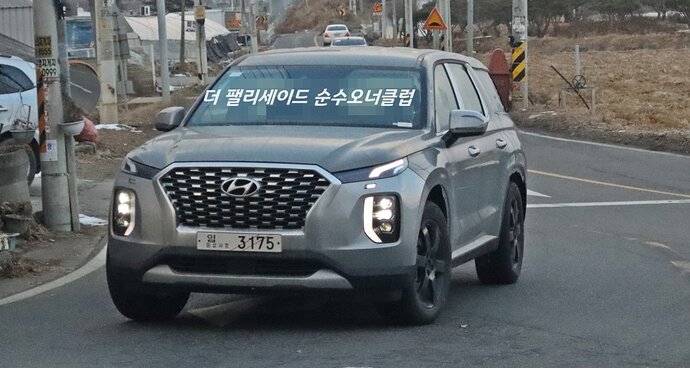 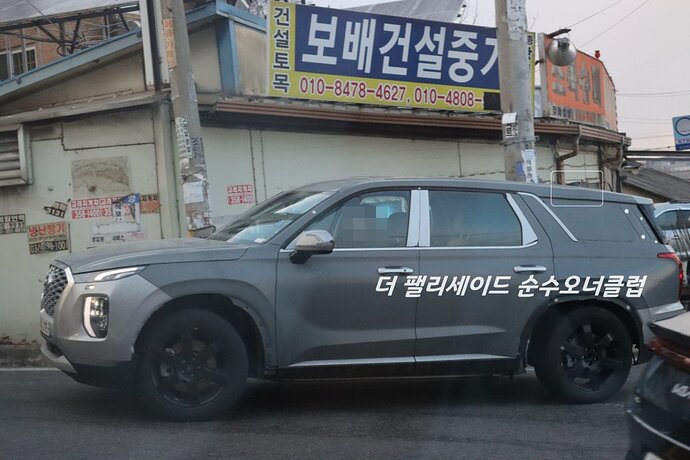 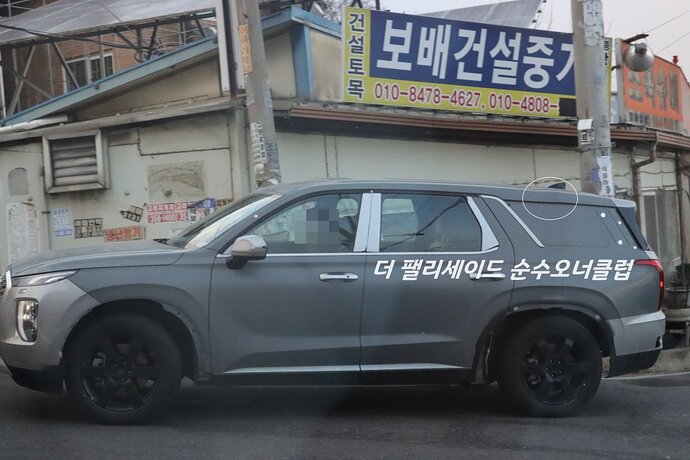 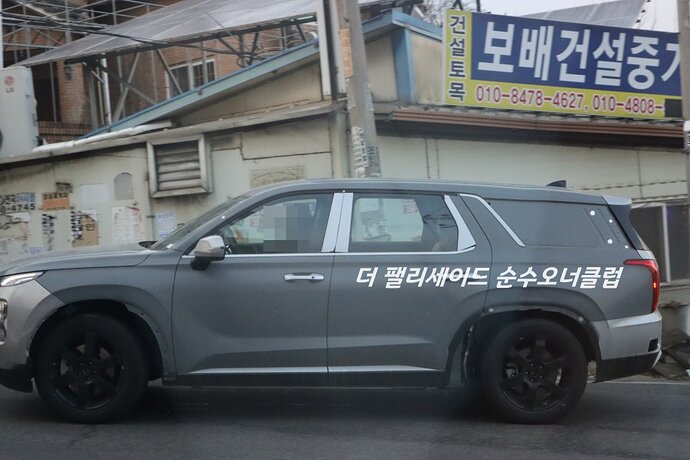 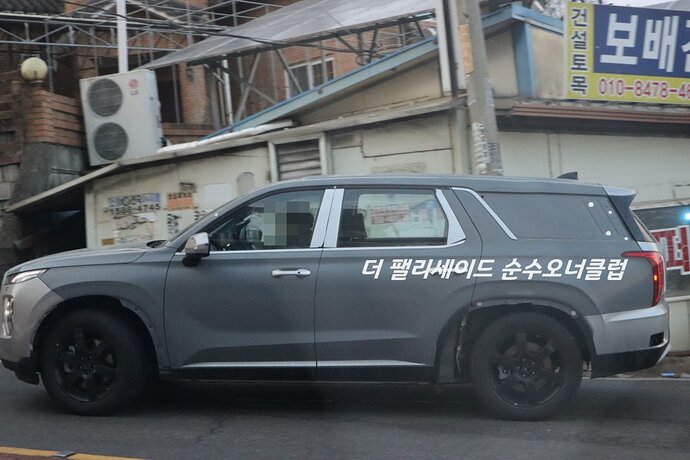 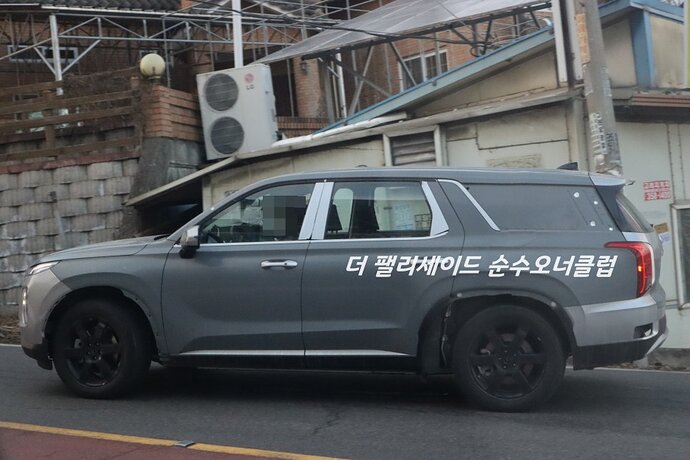 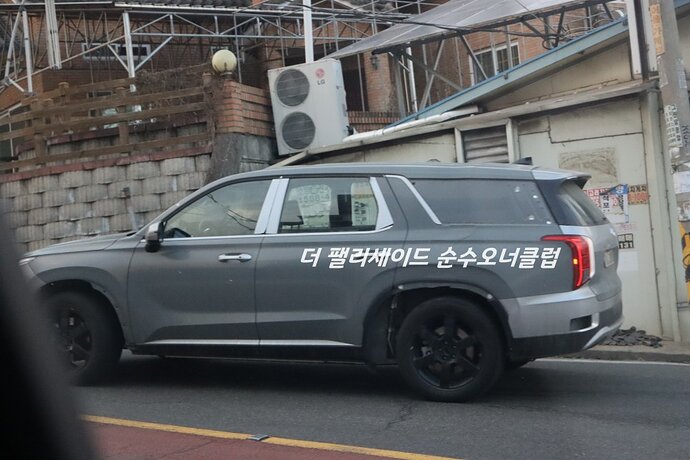 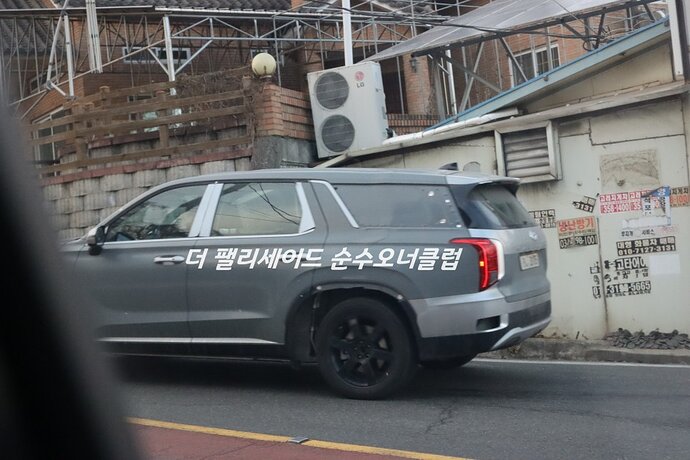