LAS VEGAS – Chevrolet drives into the SEMA Show this week led by The Chevy Beast — a concept vision of the ultimate in high-performance desert running.

Conceived to demonstrate the capability of Chevy trucks and Chevrolet Performance components, The Chevy Beast concept is a four-passenger off-roader that’s based on a modified Silverado chassis, wears a customized pickup body and is powered by a Chevrolet Performance LT4 650-horsepower supercharged crate engine.

“The Chevy Beast concept takes the popularity of high-performance off-road trucks to the next level,” said Jim Campbell, GM U.S. vice president of Performance and Motorsports. “It’s a vision for a new dimension of Chevrolet Performance capability from a brand that’s been pioneering performance and supporting customer personalization for more than 50 years.”

Expanded dimensions of Chevy Trucks’ capability are explored in several additional trucks and SUVs on display at the SEMA Show, including: 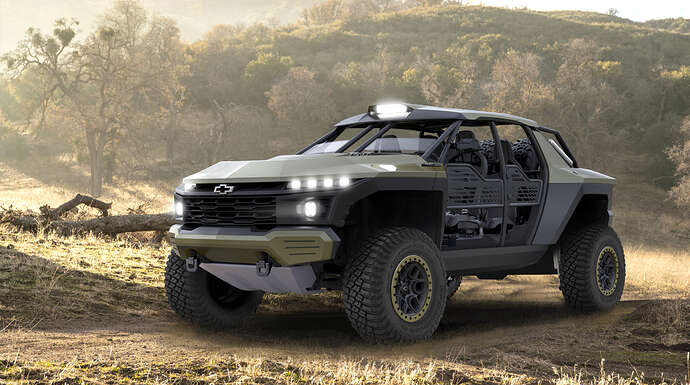 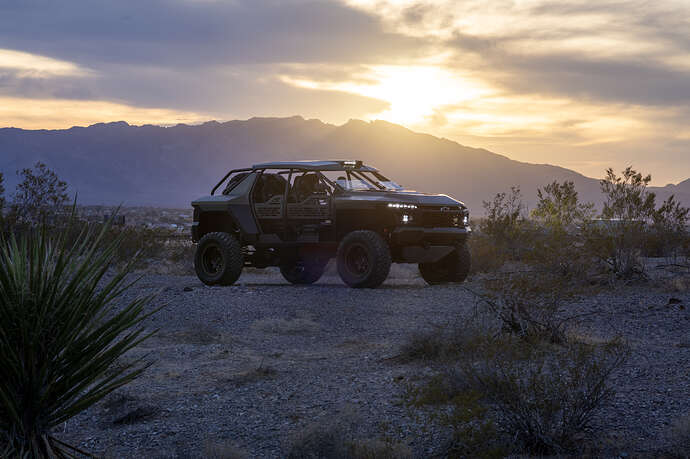 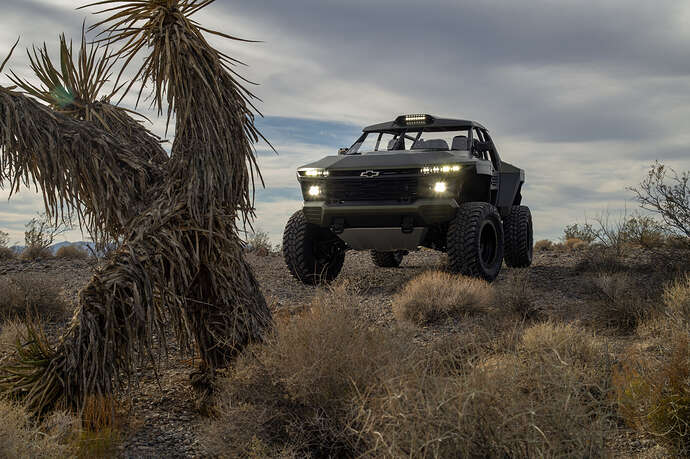 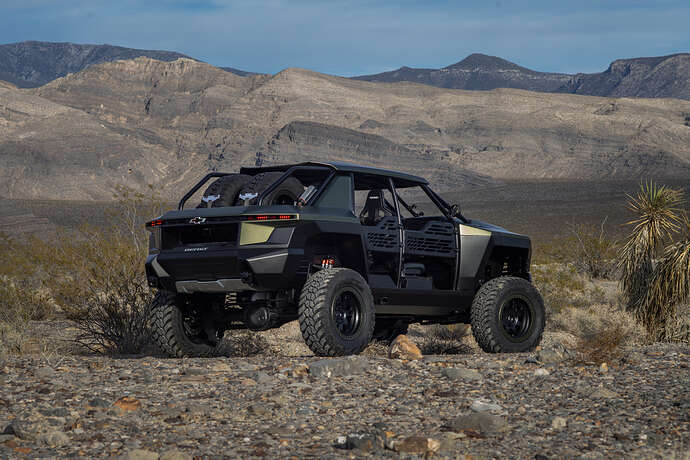 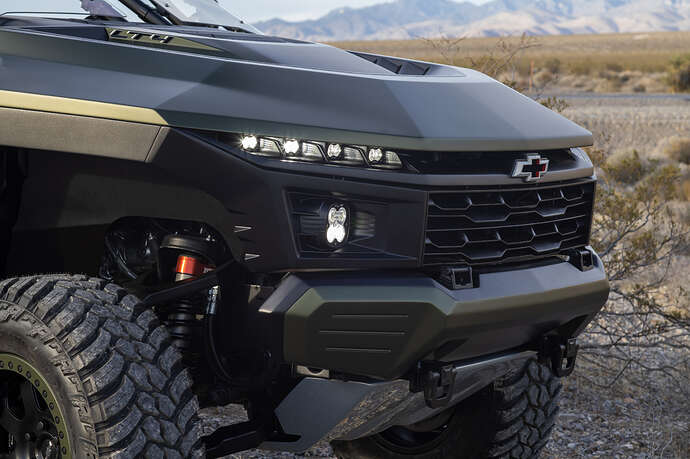 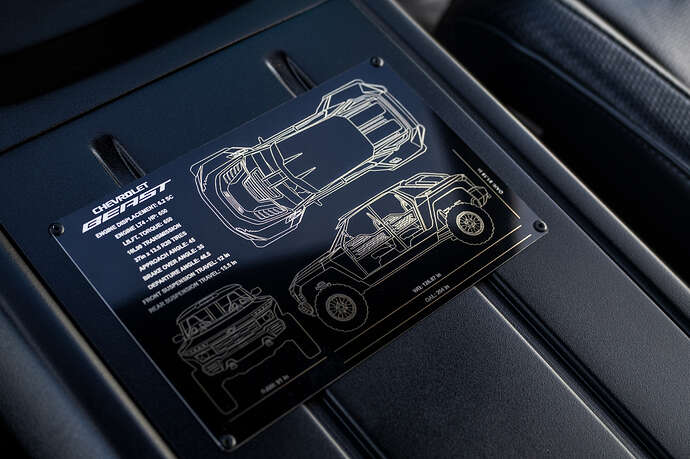 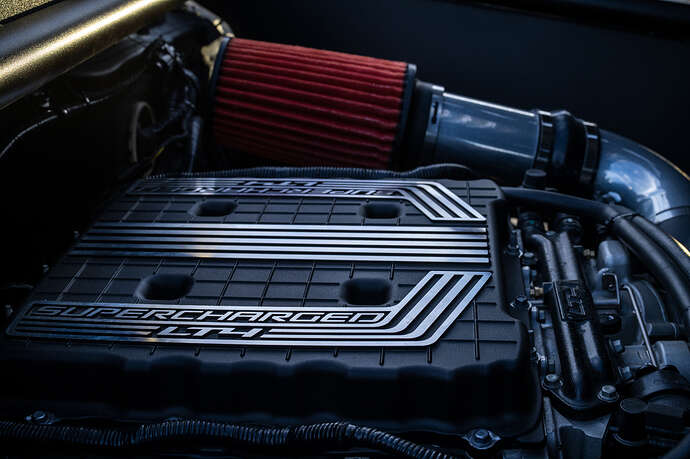 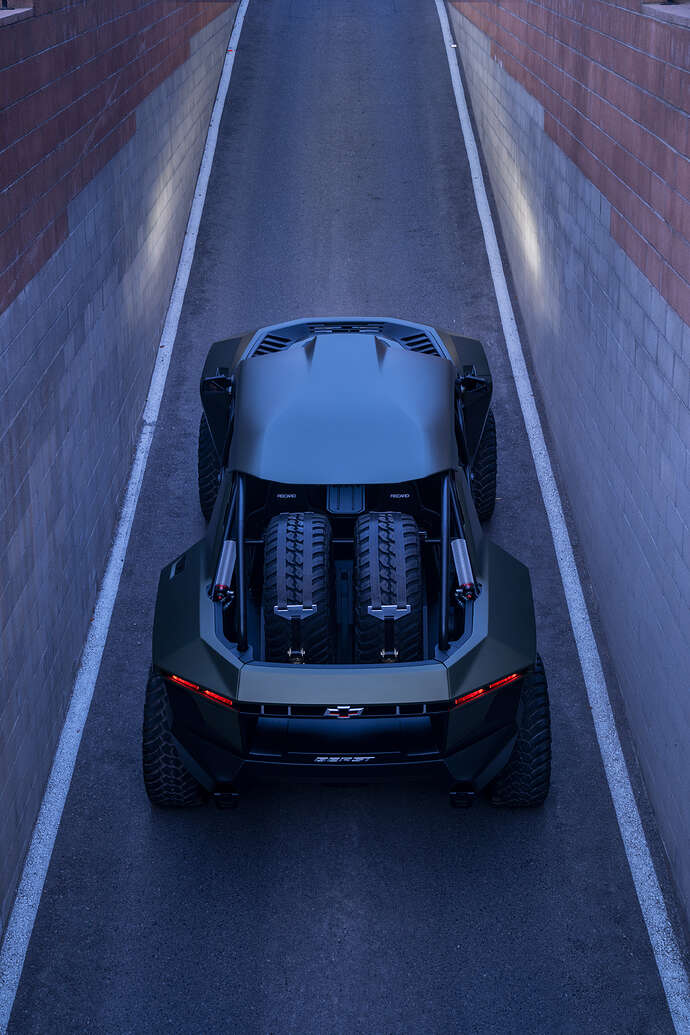 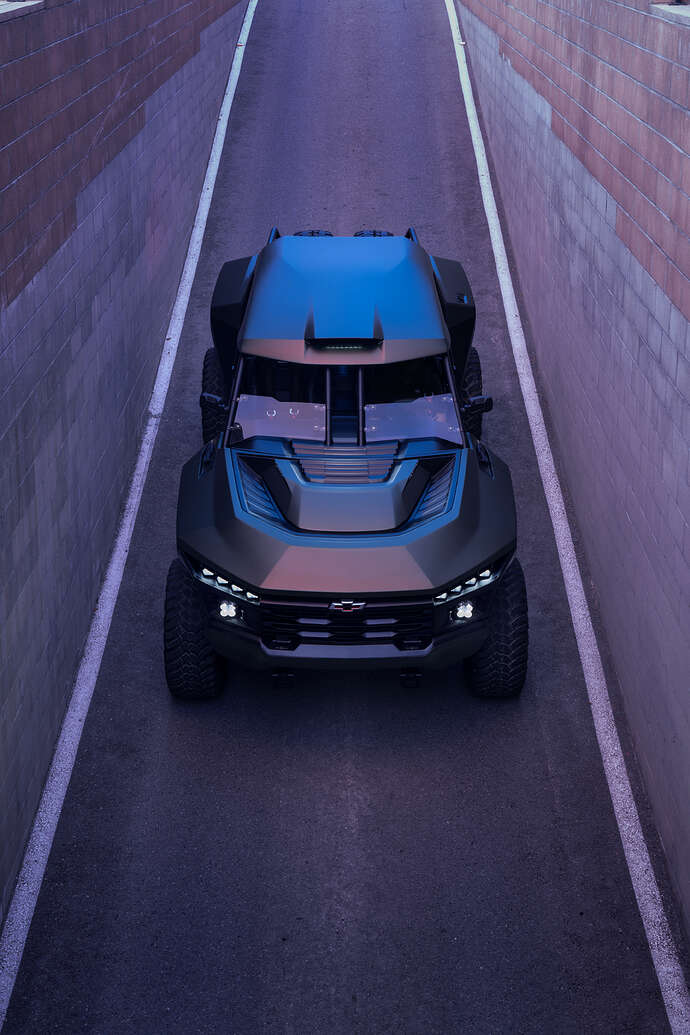 Designers and engineers started with the chassis of a Silverado short-bed model and modified it for high-speed desert running. The frame was shortened and a custom-designed, 4130 chromoly tubular safety structure was integrated while the modified chassis was wrapped with a custom, lightweight body.

A concept, long-travel off-road suspension system was also created for the vehicle, including a five-link rear suspension. Along with a widened, 91-inch track, it contributes to more stable handling and optimal driver control during high-speed off-road driving.

“There’s nothing else like The Chevy Beast,” says Jeff Trush, GM program manager, Pace Car and Specialty Show Vehicles. “It delivers a ton of performance and capability, which makes it adept at conquering rough terrain — and it flat-out flies in desert running.”

The Chevy Beast’s impressive capability is complemented with equally dramatic and purposeful style. Tubular doors and a simple, lightweight clamshell-type front end reflect the functionality and aesthetic of desert running while the rear of the vehicle was intentionally designed with almost no overhang to maximize the angle of attack on steep grades.

A pair of spare tires are mounted in the bed while the rear of the vehicle itself is left open to help extract dust. Additional unique design cues include a custom front grille, front and rear bowtie emblems and powerful off-road lighting from Baja Designs®.

Inside, the customized cab has a minimalist, functional design, featuring a quartet of Recaro® performance seats with four-point harnesses, as well as a pair of 7-inch-diagonal LCD screens that monitor vehicle functions and performance data, including pitch and roll during off-road driving scenarios.

The Chevy Beast at a glance