A vehicle called China’s Wrangler.
First generation of the frame SUV BAW BJ212 began back in 1965. A full-fledged premiere is expected closer to the summer, the start of production is in 2023. 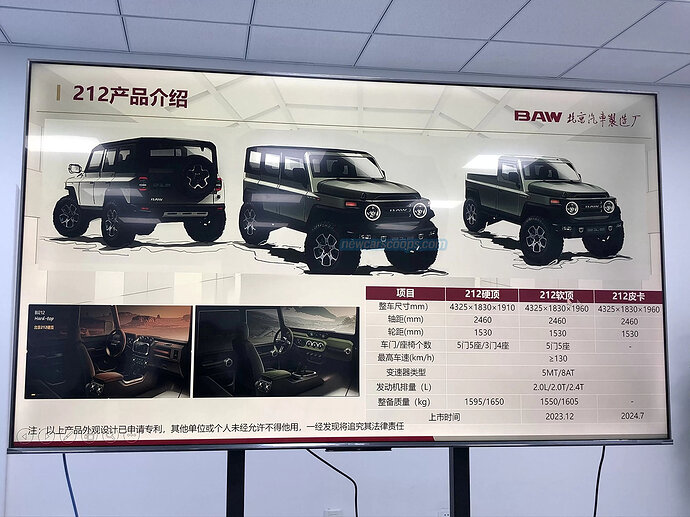 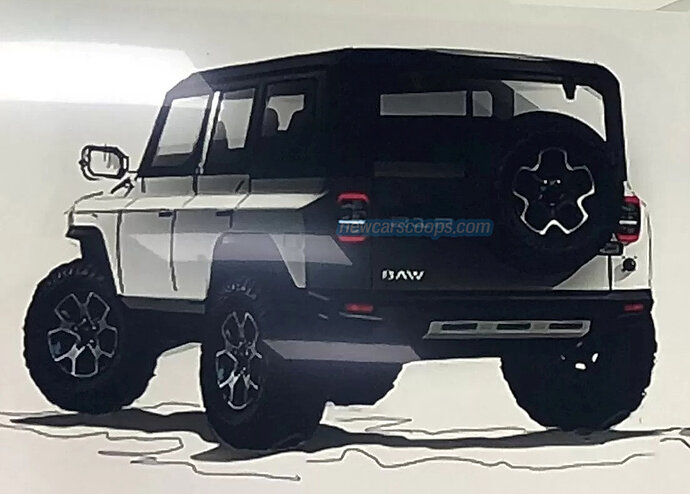 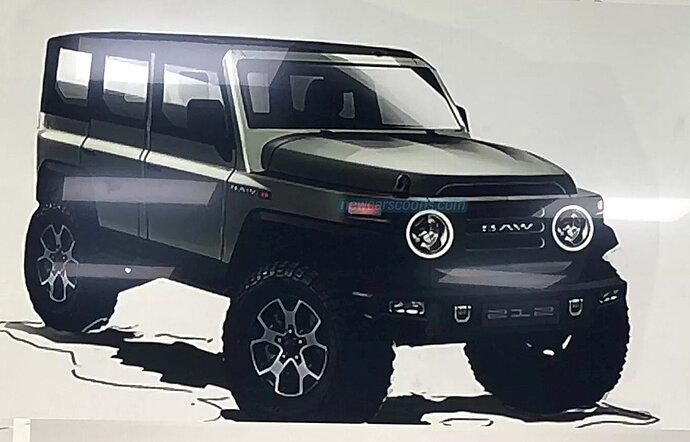 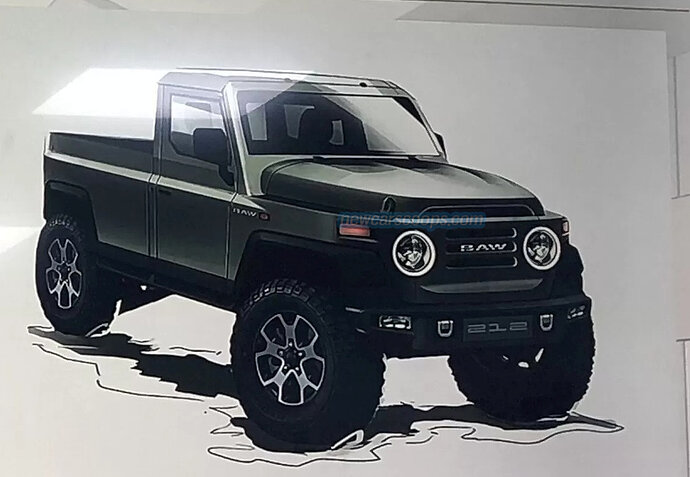 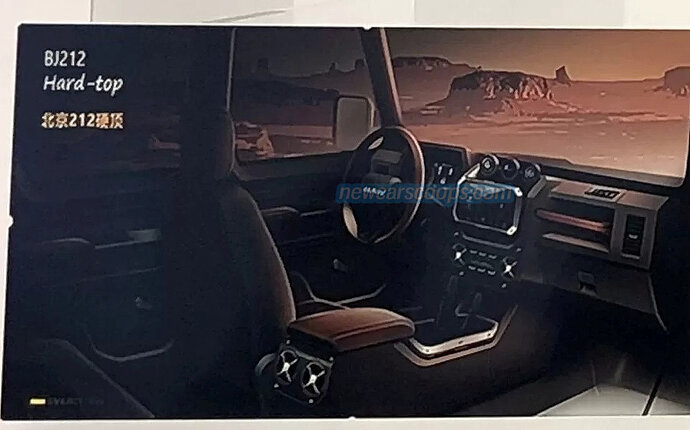 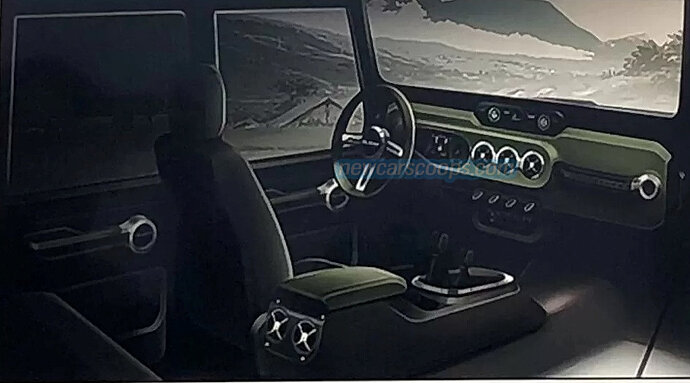 Three engines have been announced for the new generation SUV, all gasoline: a 2.0-liter naturally aspirated gasoline engine and two turbo engines - 2.0 and 2.4 liters, the power has not yet been announced. Gearbox - 5-speed “mechanics” or 8-speed “automatic”. Curb weight - from 1550 to 1650 kg, depending on the version.

The new BJ212 will obviously retain the frame structure, but there are no details on the all-wheel drive system yet. But there are two computer drawings of the interior, from which it becomes clear that the BJ212 has two options for interior design - simpler with old-school motifs and a body-colored “tidy” and richer, in the spirit of Jeep Wrangler, with a large multimedia screen on the center console. In both cases, there are additional “off-road” devices, a horizontal handrail for the front passenger and two levers on the central tunnel - the small one controls the transfer case. The Chinese Beijing Automobile Works, formerly Beijing Jeep, BJ212 (Chinese: 北京212) and BAW BJ2020 is a Land Rover and Jeep inspired four-wheel drive, originally a 2.4 L (2445 cc) four-cylinder gas-engine powered (four-cylinder diesel engines were added in the 2000s) light-duty offroad utility vehicle in the half tonne class. The original design, depending in large part on Russian off-roaders from UAZ and possibly developed in conjunction with the UAZ-469, debuted in 1965 as the Beijing BJ212. It...