M8 CSL, different inside and out

These acronyms are only worn by the most radical models of the German manufacturer - with the permission of the first generation M4 GTS - so this M8 CSL will have to equip many new features. It will be different aesthetically, it will have the front bumper of the M8 (in the spy photos it equips one of the normal 8 Series) with a noticeable lower lip. It will also equip exclusive rims.

As we have seen on the BMW M5 CS , its older brother will also sport a lightened carbon fiber bonnet and special daytime running lights . Our information suggests that the daylight will eventually be yellow, although the prototype in the photos shows red LEDs. Which one will suit you best? Well, it is not clear to me, although the objective will be to differentiate on the outside.

And it will achieve this thanks to a generous rear spoiler and a newly designed diffuser that will house an additional brake light in its central part, like the one found in competition models. An interesting detail, which reminds us that this model will be closely linked to Motorsport, which is why it is expected to dispense with rear seats, something unprecedented in a street BMW . By the way, Red is also the color that stains the front air intakes, its kidneys and the gills after the wheel arch.

Its power will exceed 650 hp

From the competition it will also inherit its power group. In terms of performance figures, BMW has almost reached the ceiling of its 6- and 8-cylinder engines without resorting to electrification. The BMW M8 CSL will have a far superior performance to the M8 Competition of 625 CV that moves thanks to a V8.

It’s hard to believe but for this version the German manufacturer will put aside this 8-cylinder engine and instead use the 6-cylinder turbo engine that competes with the BMW M4 GT3 with two new generation electric turbos . Its power could well be close to 700 hp and it should not be forgotten that with respect to the version from which it starts, this variant will save at least 100 kilos of weight, by dispensing with rear seats and using carbon fiber parts for this purpose. The brand has not released any clues at the moment but we must not forget that the 50th anniversary of BMW M is just around the corner. Chance? 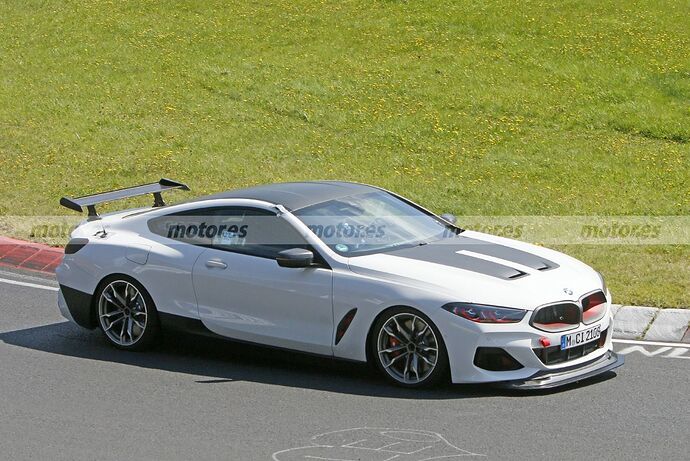 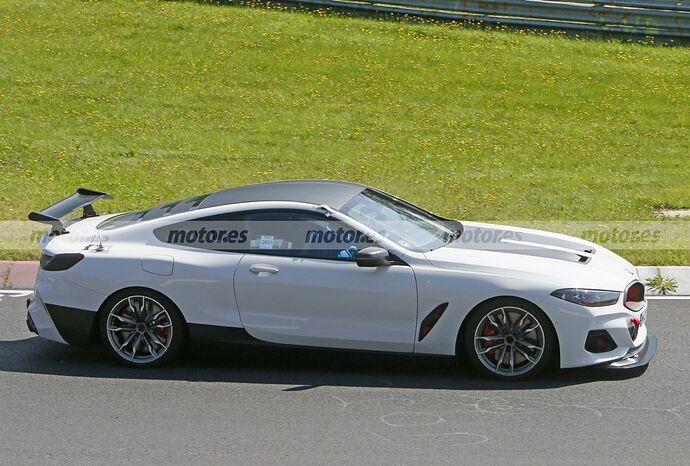 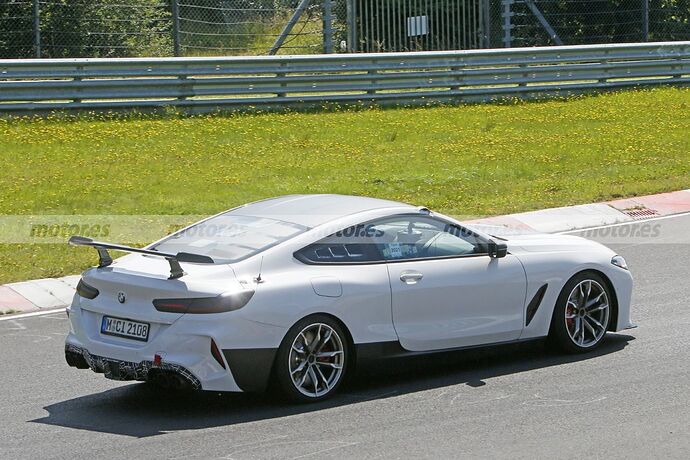 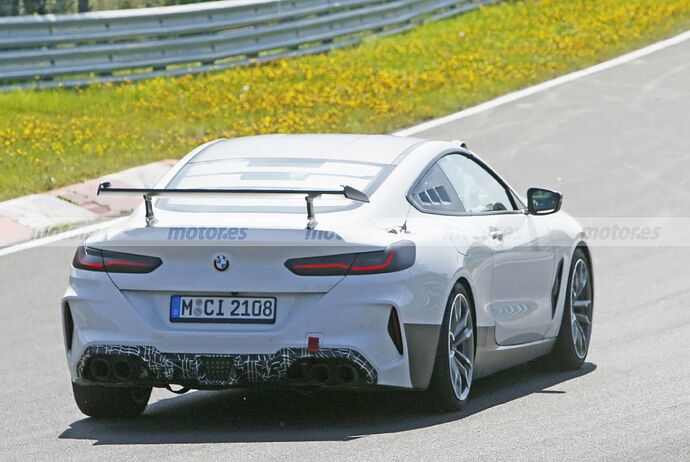 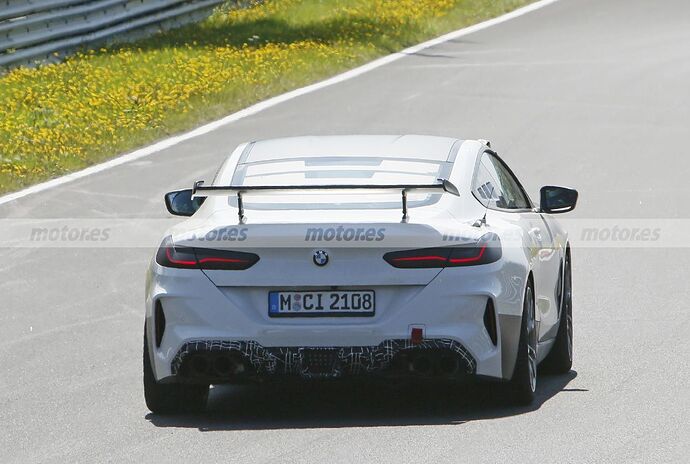 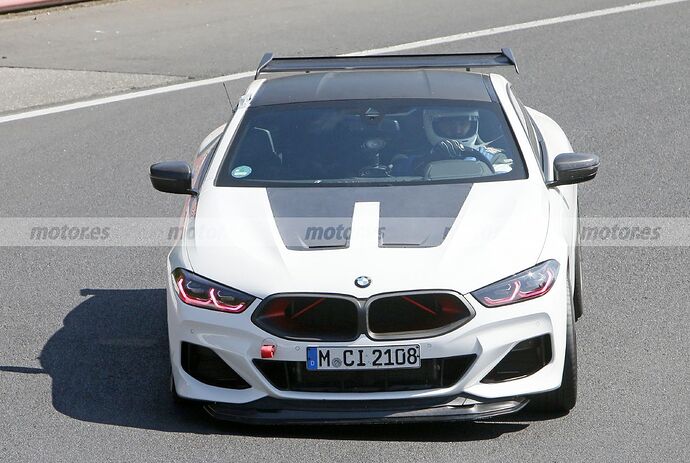 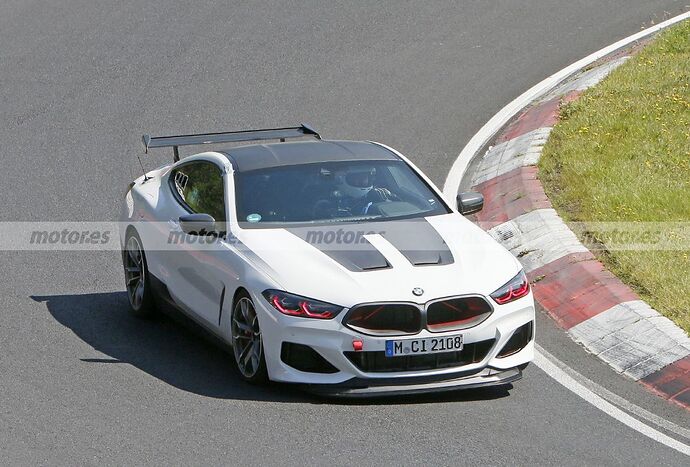 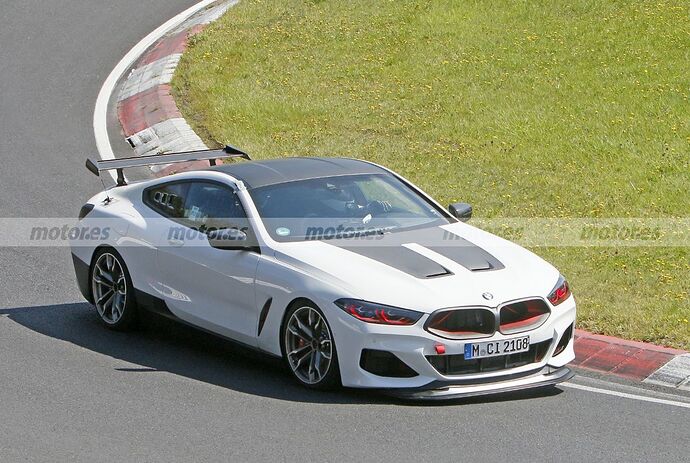