The prototypes of the new Mercedes CLE Cabrio reappear after a few months missing. The new convertible from the star brand has started high-speed testing at the Nürburgring. A completely new model that merges the C-Class Convertible and the E-Class Convertible, which will hit the market in 2023.

The prototypes of the new Mercedes CLE Cabrio 2023 have reappeared in tests, this time not far from the first spy sighting of what will be the new, and only, convertible in the range with the permission of the imminent Mercedes SL conceived more like a roadster, given its minimal rear seats.

As we have exclusively anticipated, the brand of the star will merge the C-Class Cabrio and E-Class Cabrio into a single model that will be larger than the first and somewhat smaller than the second, positioning itself between the two. Three months after its first spy photos at the gates of the Mercedes-AMG headquarters in the technological park near the Nürburgring circuit, one of the prototypes has already stepped on the asphalt of the north track facing the first program of resistance and high tests. speed. 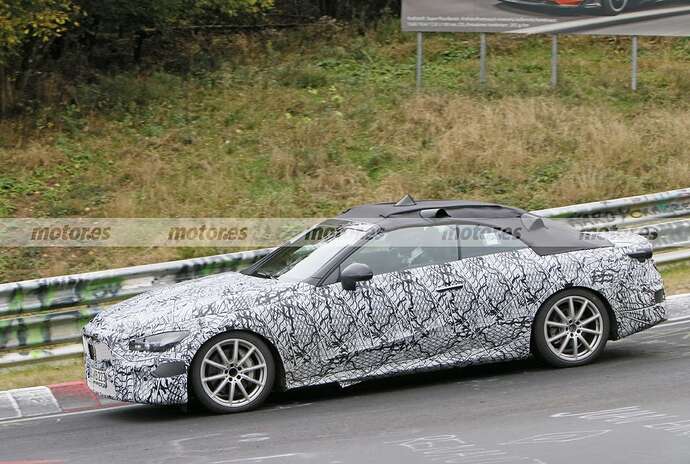 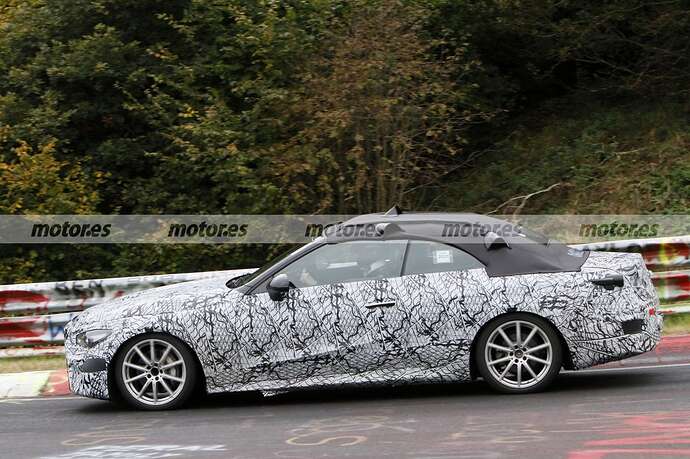 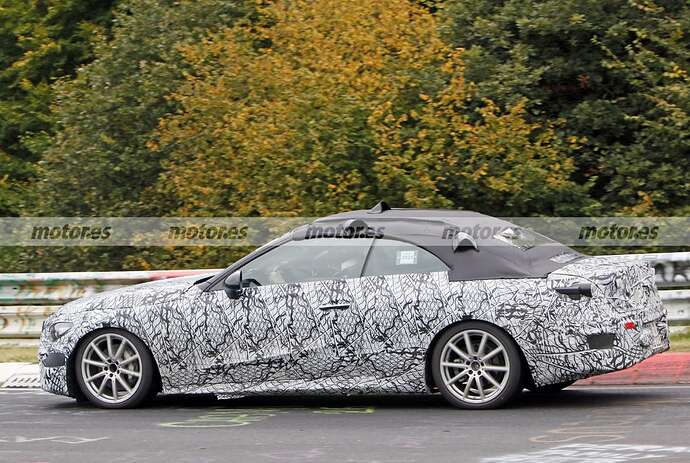 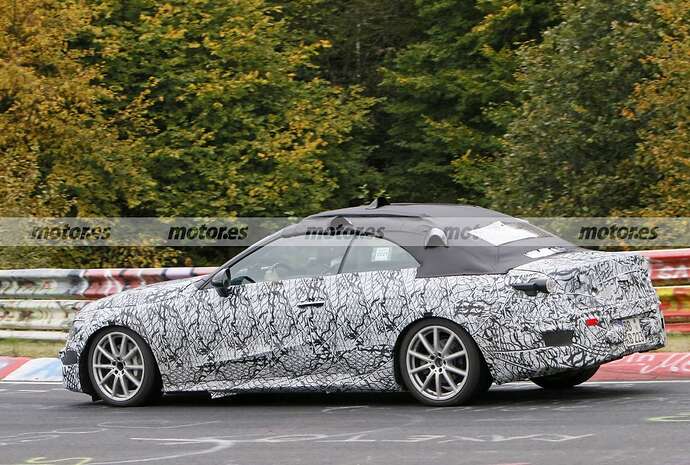 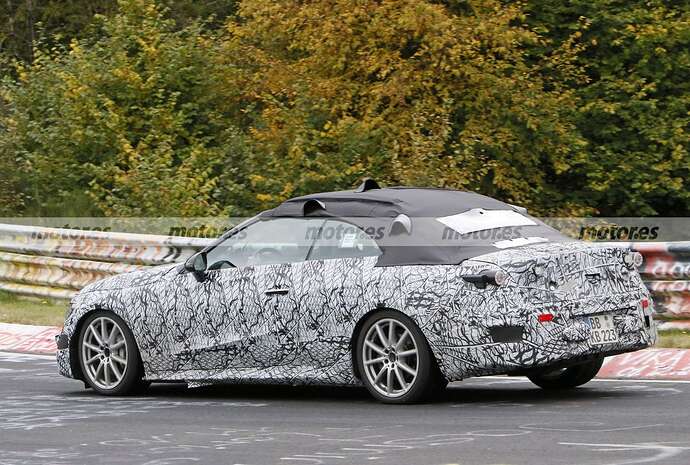 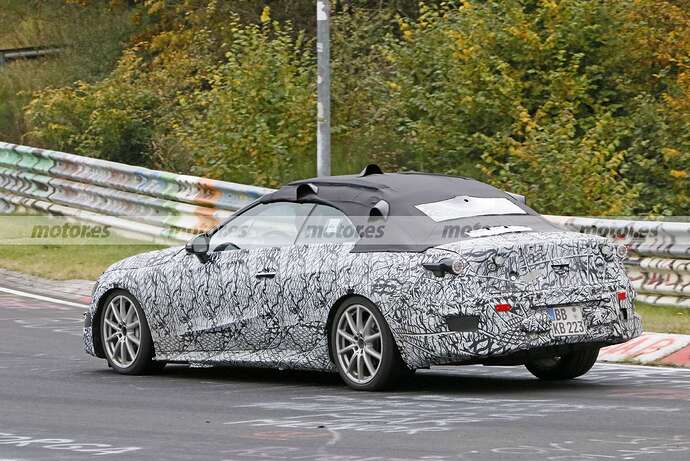 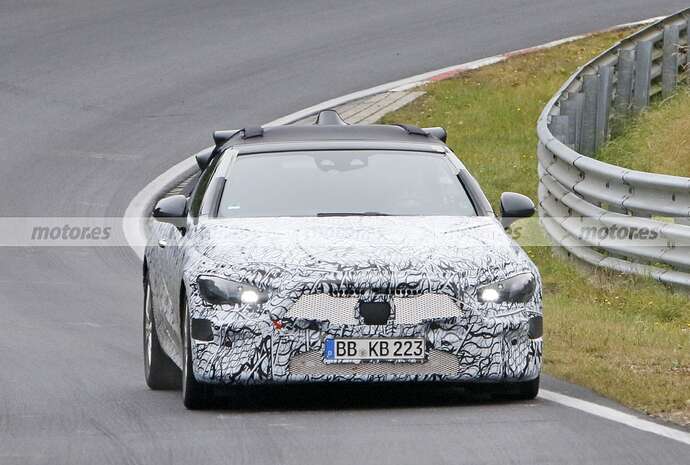 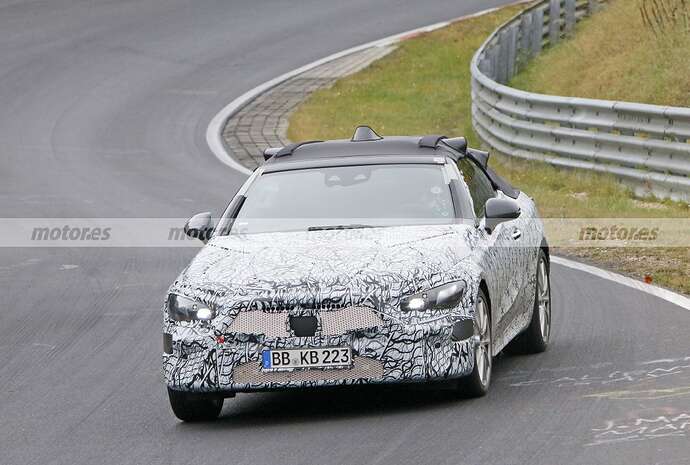 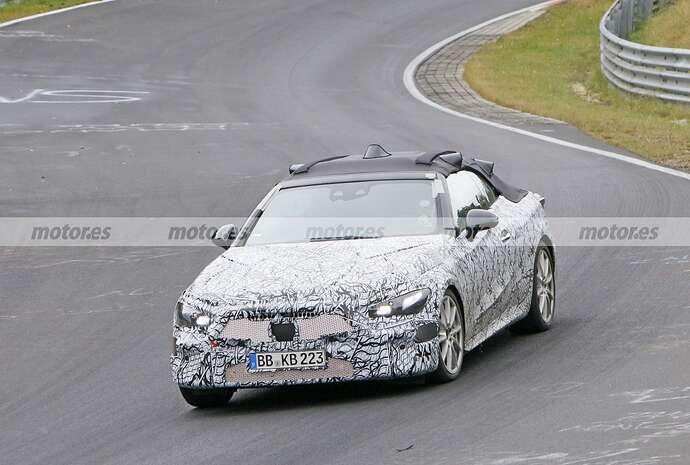 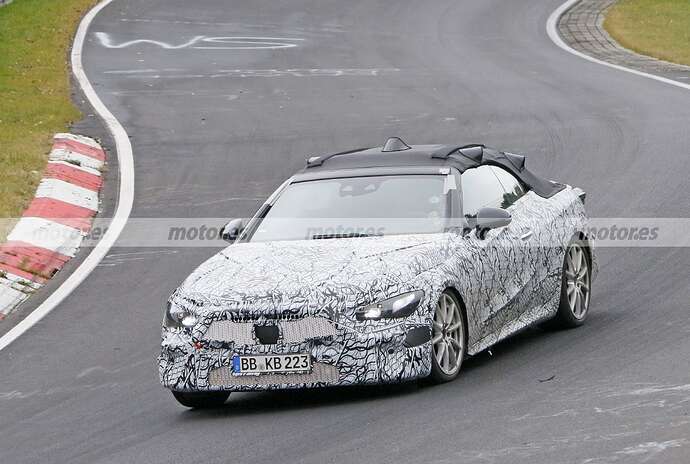 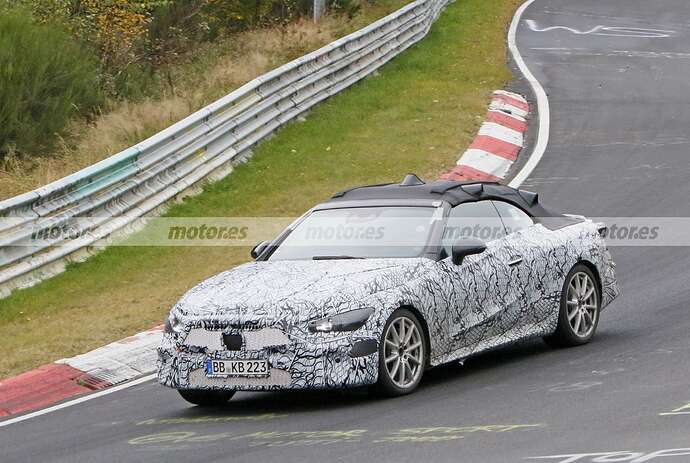 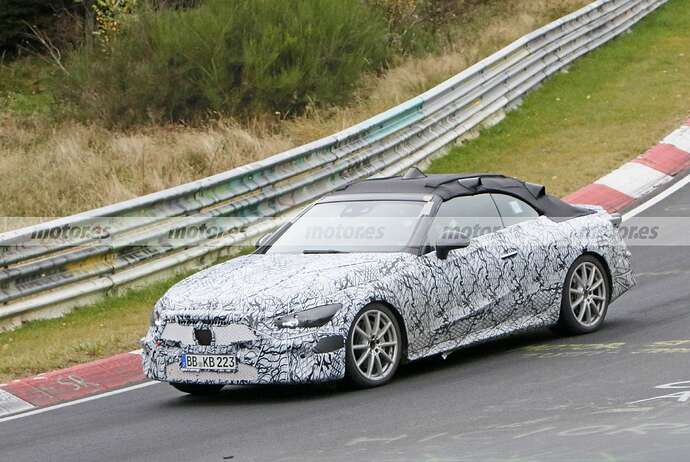 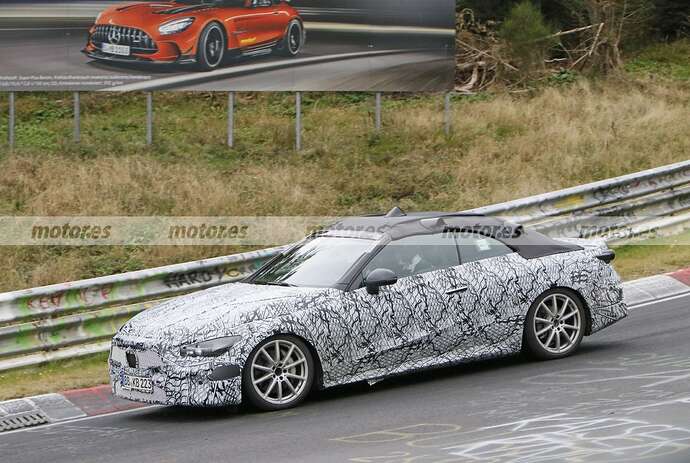 The snapshots show the new convertible rolling hard, loaded with camouflage and pieces behind the vinyl that distort the true design of the model. Only the shape of the headlights is visible which, although they are temporary, they do show that the main design will follow the same line as the recent models: very sharp, arranged horizontally and elongated biting part of the front wings , enlivening sportsmanship.

It is obvious that the proportions are larger, with a longer wheelbase than the new Mercedes C-Class, as well as a large canvas roof on the side that will offer a very elegant view . The Mercedes have also camouflaged the tarpaulin of the power retractable roof, as they also did with the new SL. From behind, the new CLE Convertible is heavily camouflaged, but once again the temporary headlamps confirm fine horizontal headlights .

These new spy photos are very interesting because, despite not having a clearer look at the interior, it appears that the CLE will not have the same dashboard that is being imposed in the range of passenger cars, but with the new SL that keeps the visor on the digital instrument panel. The new CLE will be one of the great novelties of 2023 , as its development will extend over a period of 18 months, being offered with four and six-cylinder in-line engines, MHEV combustion and plug-in hybrids .