The exclusive GR Yaris GRMN reappears again at the Nürburgring. A new round of tests for what will be the real icing on the cake of the new utility of the Japanese brand, and a much more radical version from the Gazoo Racing workshops. The sports firm accumulates almost a year in tests of this model that should see the light in 2022.

The GRMN Yaris reappears on the German track just a month and a half after the latest spy photos taken of the same prototype and on the same stage. Those of Gazoo Racing already add almost a year with the same unit undergoing intense tests on the German circuit, the same license plate and the same aesthetic configuration, also including the same gadgets at the rear.

The sporty, and more radical Toyota brand, pushes itself to the limit once again by ensuring more than outstanding driving dynamics in a production model that will be so exclusive that it aims for a limited edition in units. And it is said that the chassis has been tuned so much that it has nothing to do with the GR Yaris for sale, today the sportiest utility in the segment and of the Japanese brand. 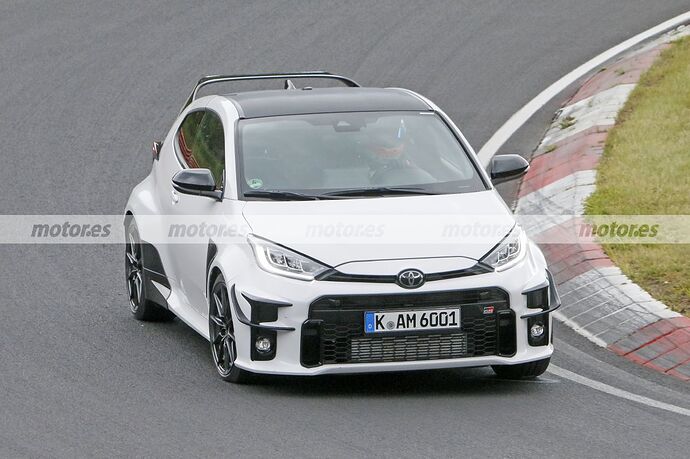 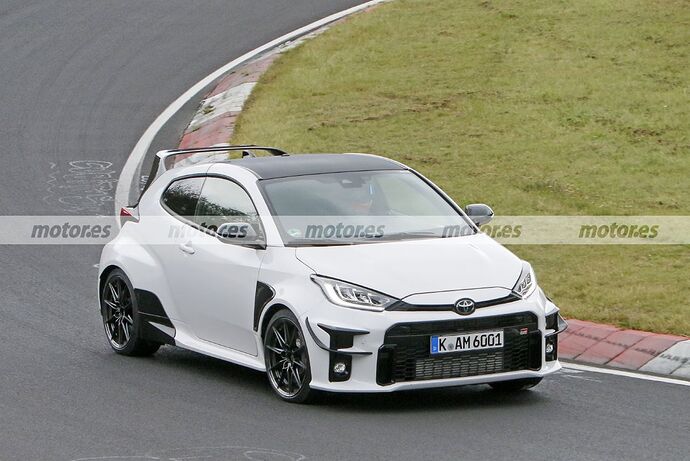 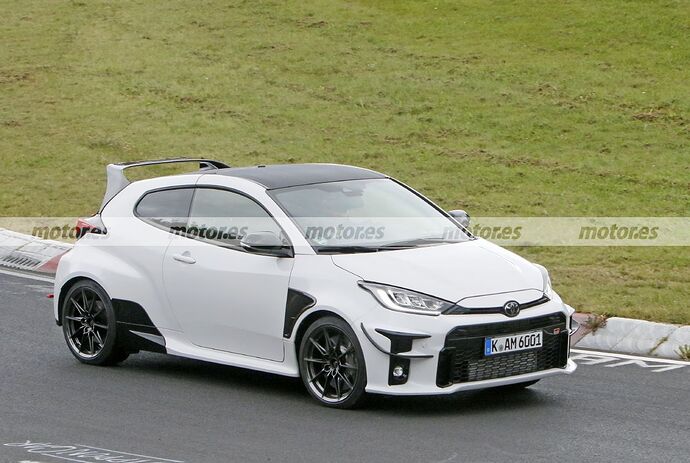 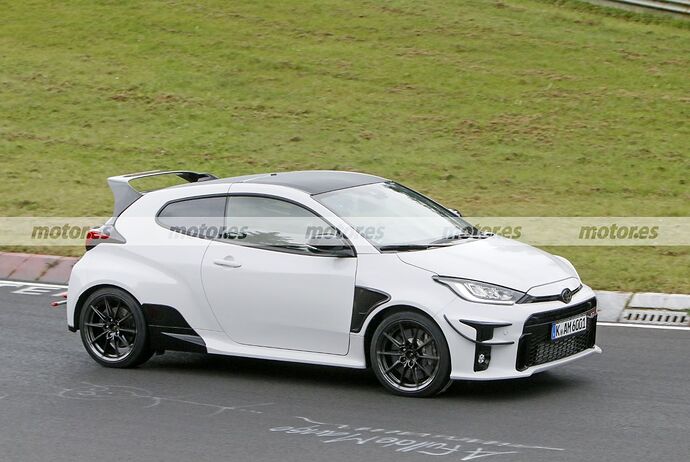 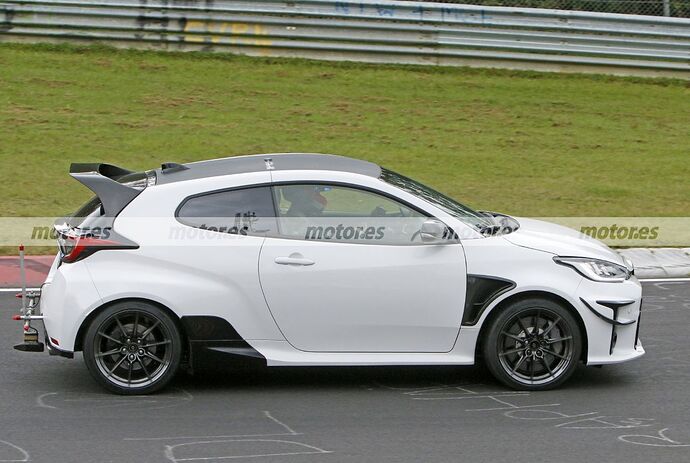 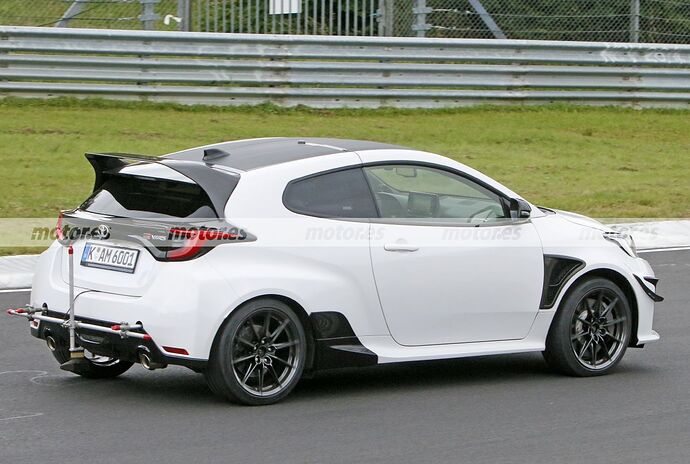 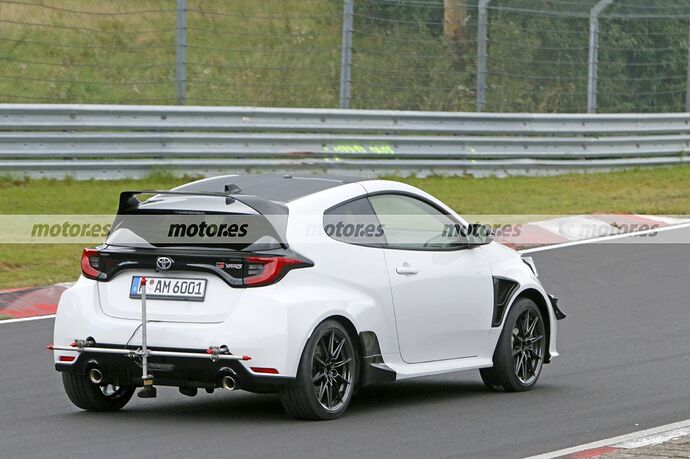 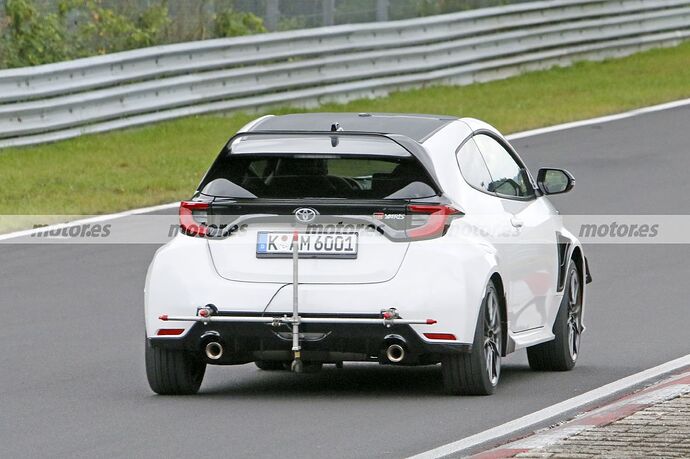 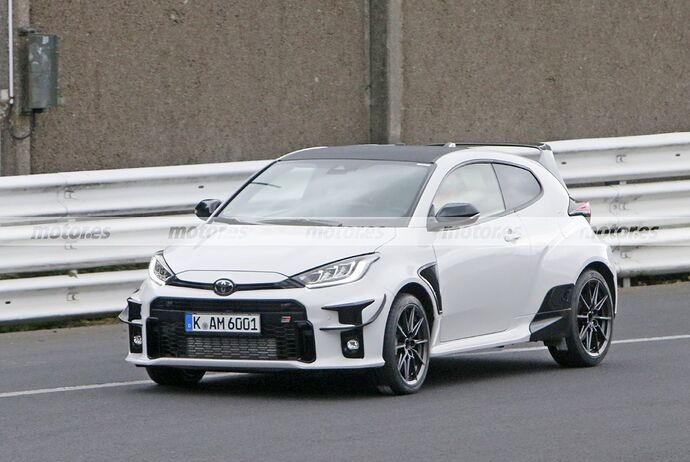 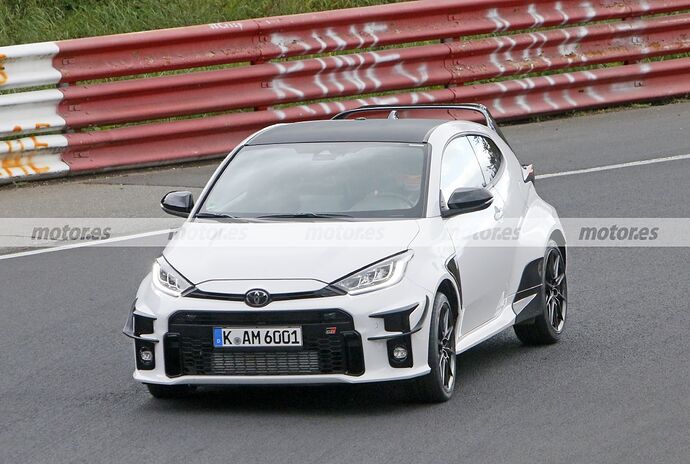 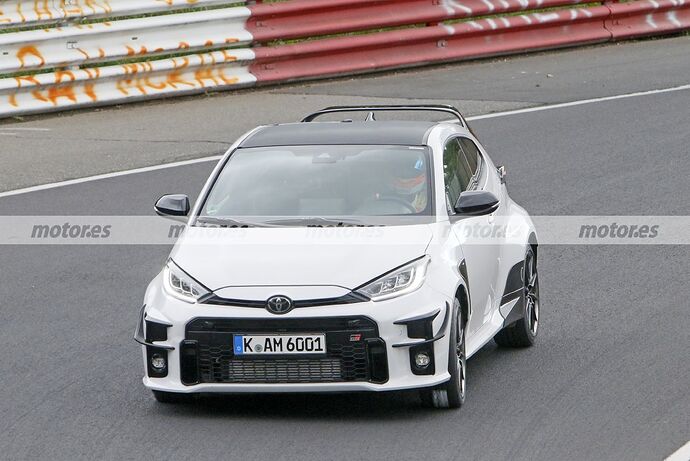 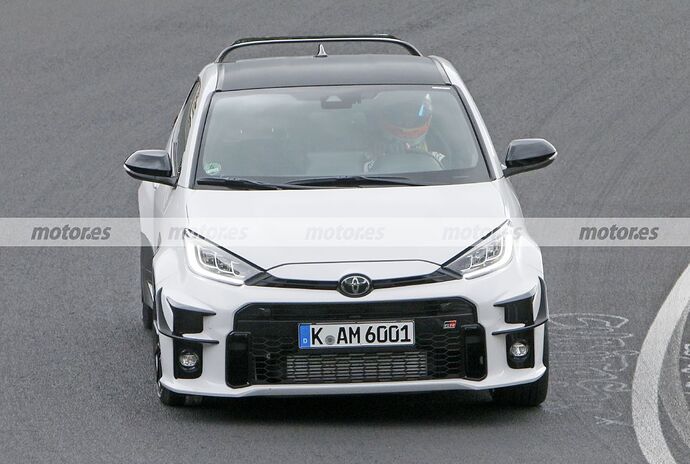 At the controls of the GRMN Yaris, Jose María López, winner of Le Mans

Magnesium, titanium, forged alloy wheels and carbon fiber - the roof is made of this material - will be some of the materials that will be used to reduce the weight compared to the GR Yaris. In addition, the exterior image is more than aggressive, with thin ‘whisker-like’ fins at the ends of the front bumper , while at the rear the new spoiler puts more downforce on the rear axle.

The wider wheel arches, with powerful open gills in the front wings to cool the brakes which, by the way, have scratches on the rear discs to dissipate heat. The suspension is also lower, which suggests that it has springs with less travel and that they will also offer a firmer setting to the whole. Inside, only a few Recaro sports seats are visible , but it would not be surprising if the Japanese lightened the weight by removing some superfluous components.

Gazoo Racing sources have already pointed out that “this version was under consideration and that it could not be ruled out.” What we also know is that the powerful 1.6-liter turbocharged three-cylinder, which already produces a maximum power of 260 hp, has a significant margin for improvement , so with some adjustments the performance can go above 300 hp. A real bomb, if you add a significant weight reduction.