2024 Alpine 5, A preview of the future electric sports car

The Alpine 5 will debut in the middle of the decade, replacing the Clio RS with an all-electric configuration and designed to deliver brutal sensations.

The Alpine 5 will retain the essence of the modern reinterpretation, although the headlights will be slightly darkened for greater sportiness, while the additional squares will rest between the main headlights . In true racing style, as well as the wider front and especially rear tracks. An extra aggressiveness that the smallest of the renewed Alpine will receive, which will not show Rombos anywhere and that the large roof spoiler that appears in the teaser will be an optional , so that the standard one will be more conventional.

The French of the Normandy region will not be walking with half measures. They will adapt the CMF-EV platform to the requirements of the sports car that they conceive, and also for unique benefits in the B segment. The firm will mount the same electric motor as the new Mégane E-Tech Electric, with 160 kW -equivalent to 217 hp- which will move to the front axle immediately, via a single speed automatic gearbox. 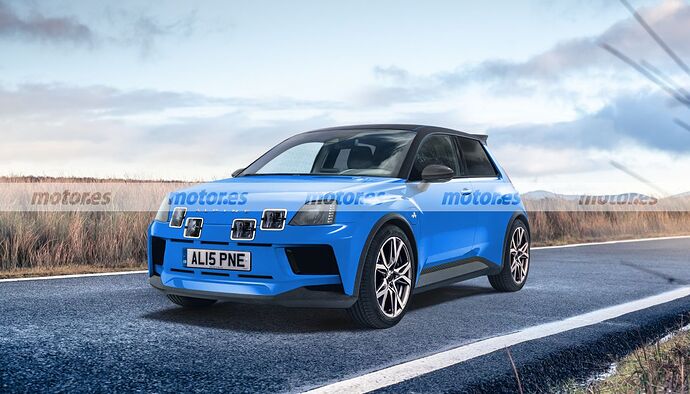