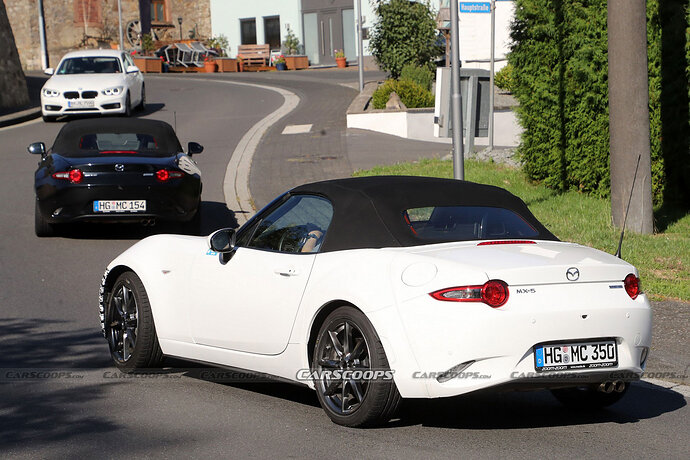 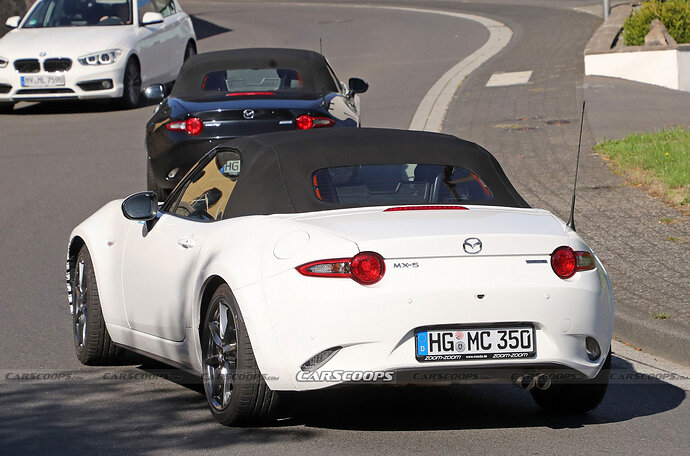 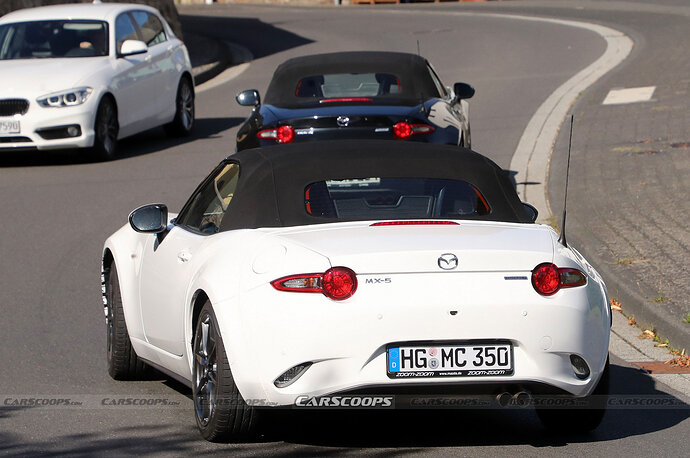 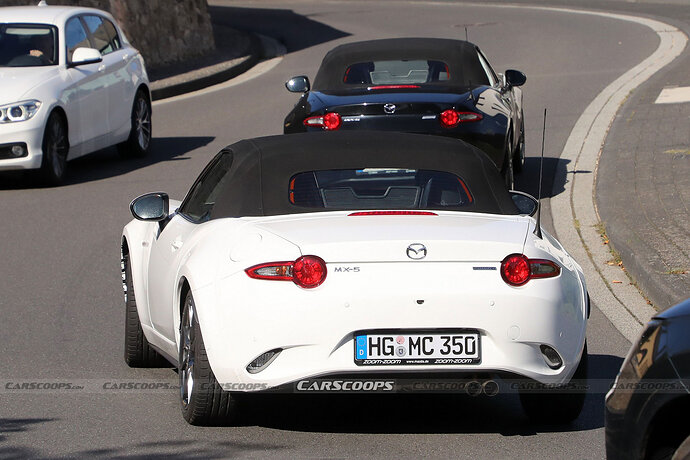 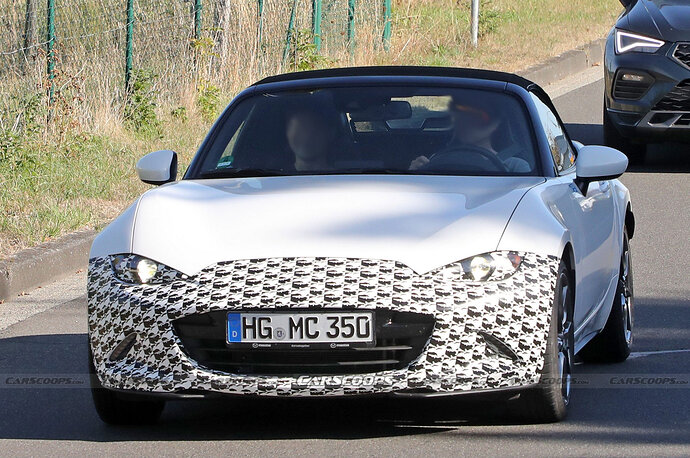 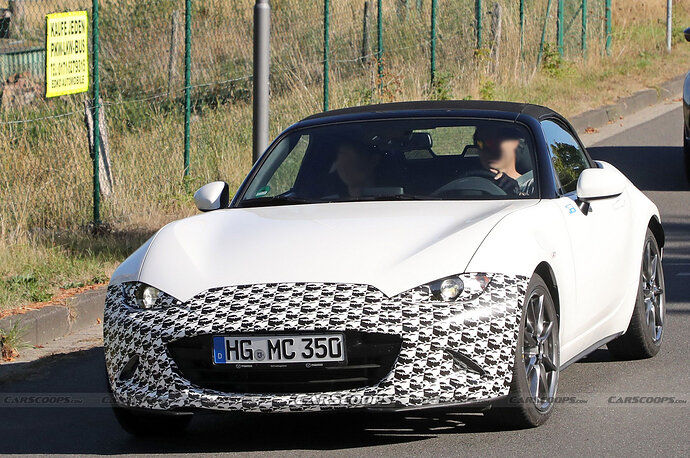 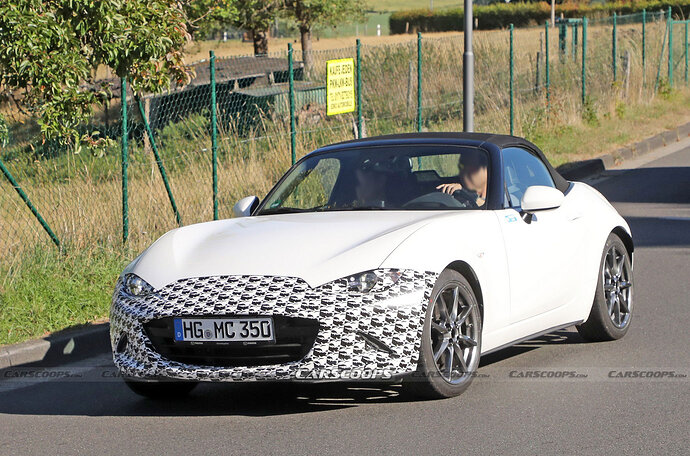 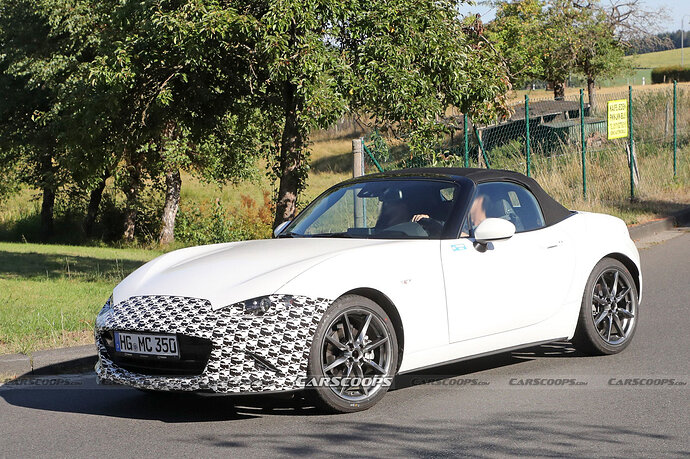 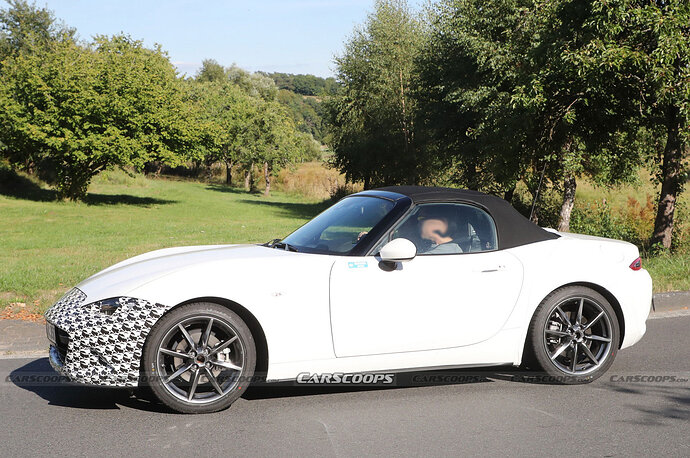 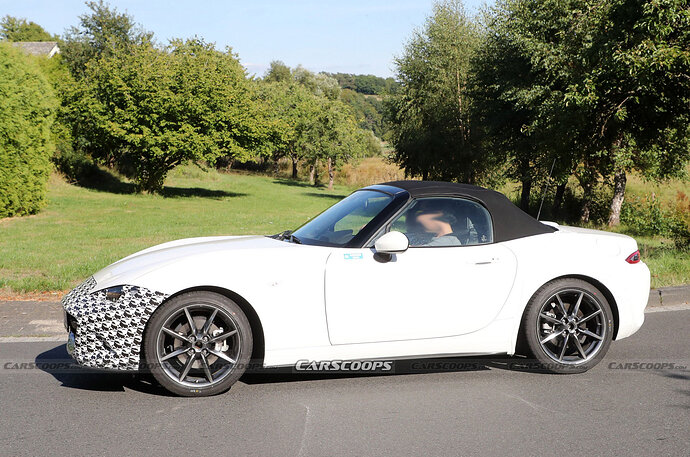 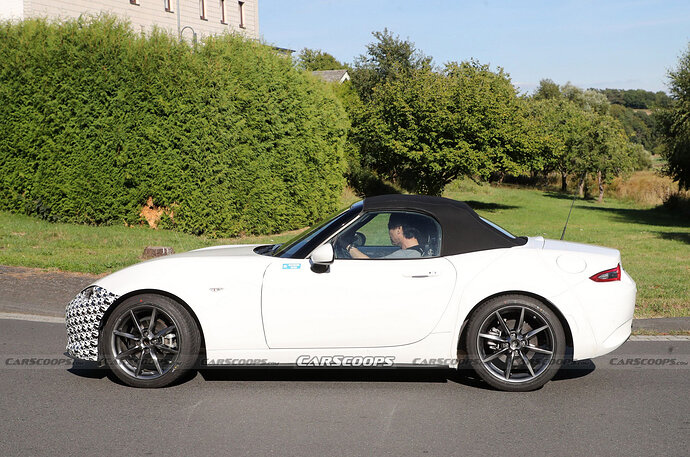 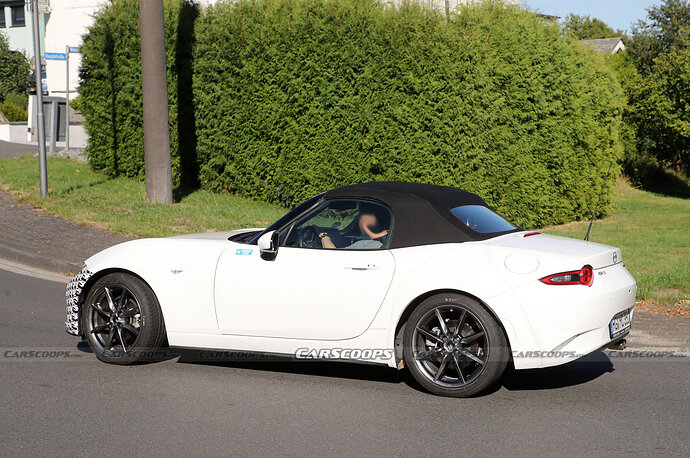 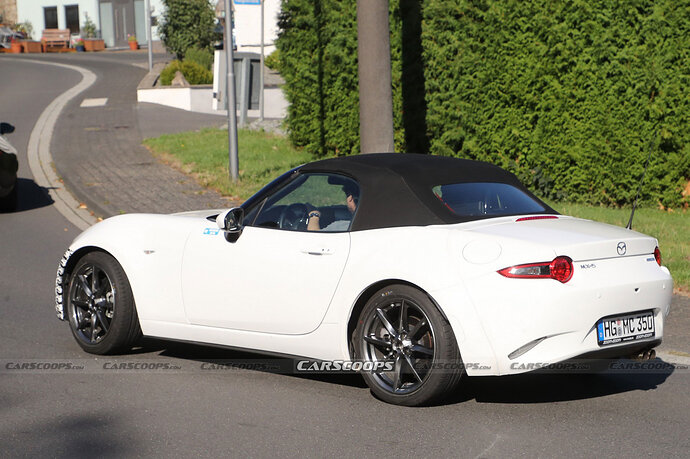 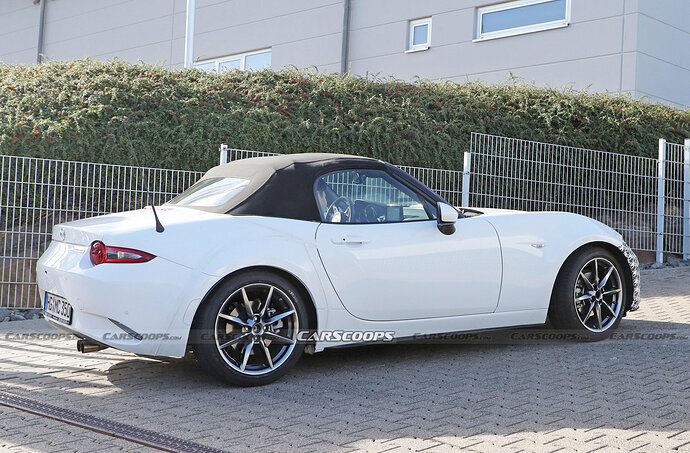 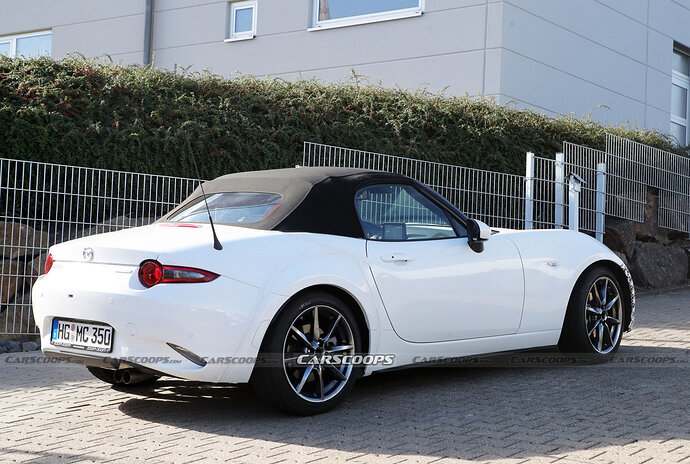 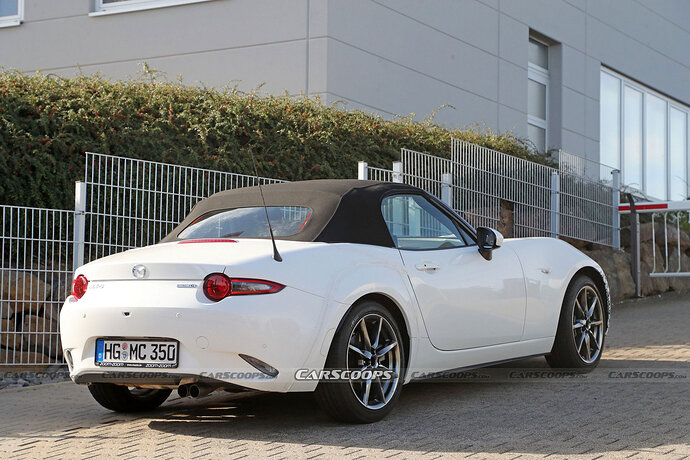 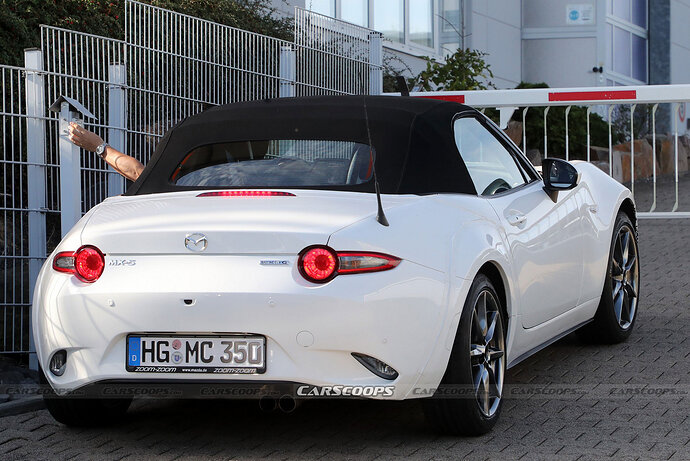 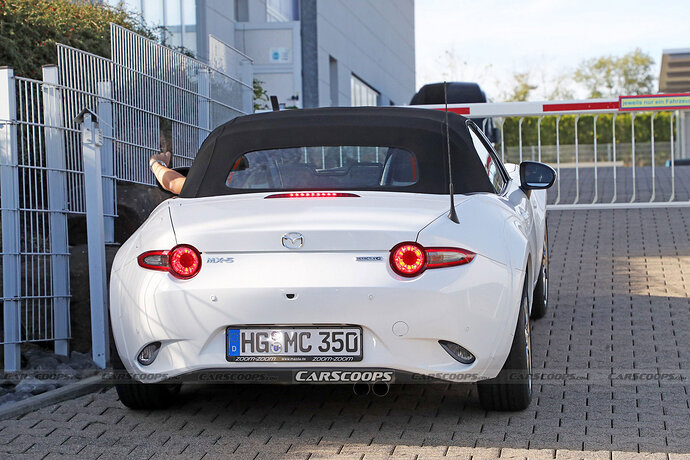 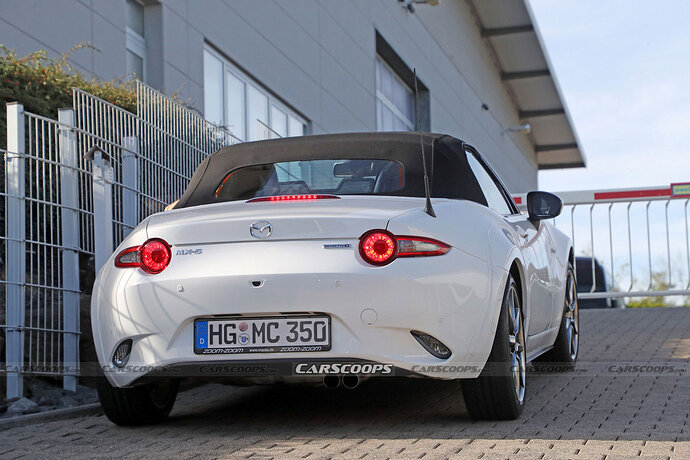 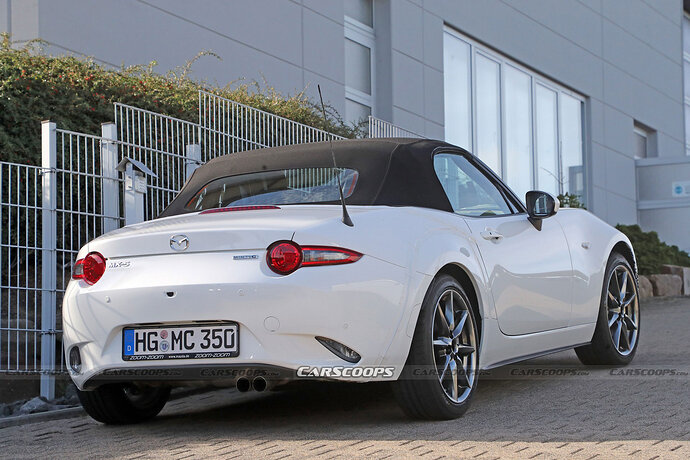 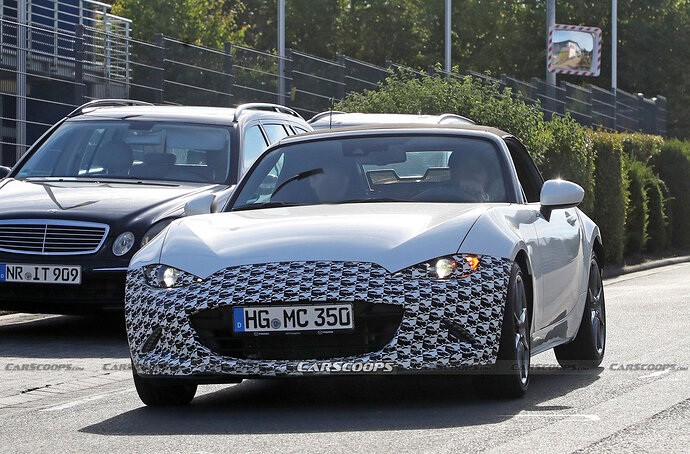 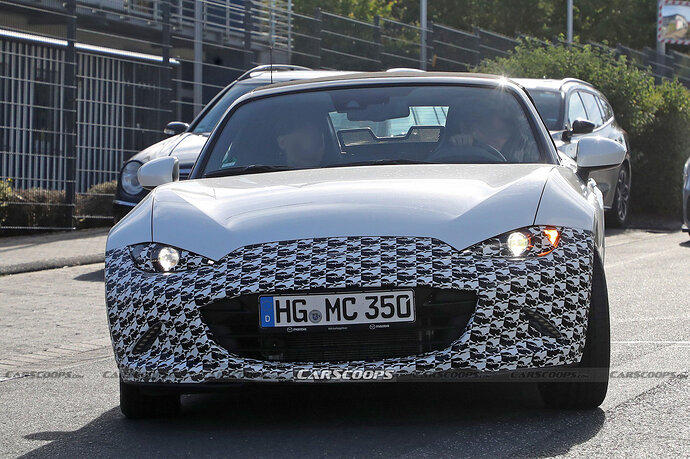 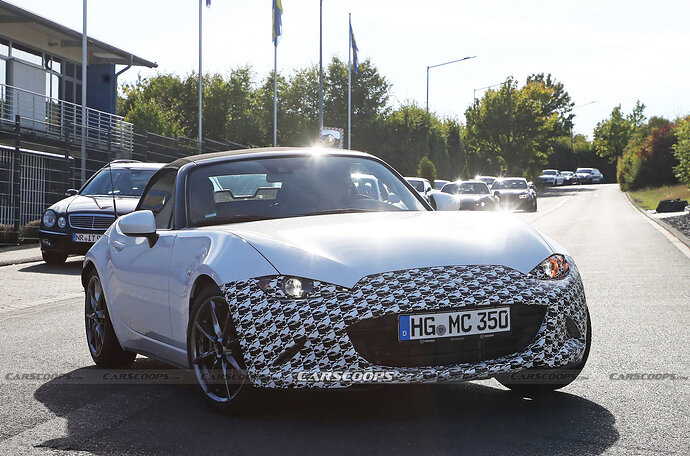 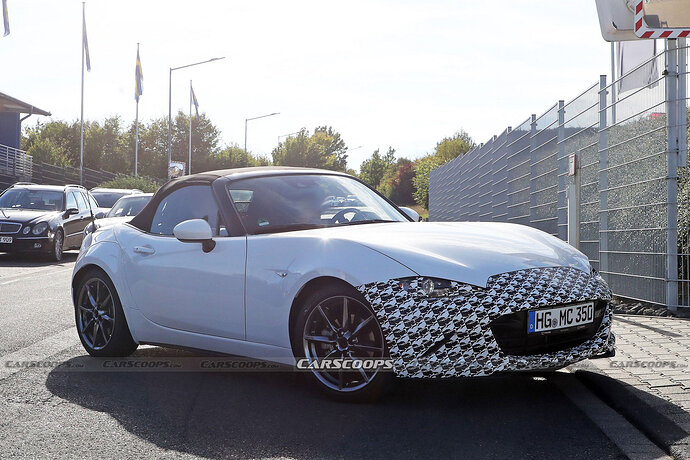 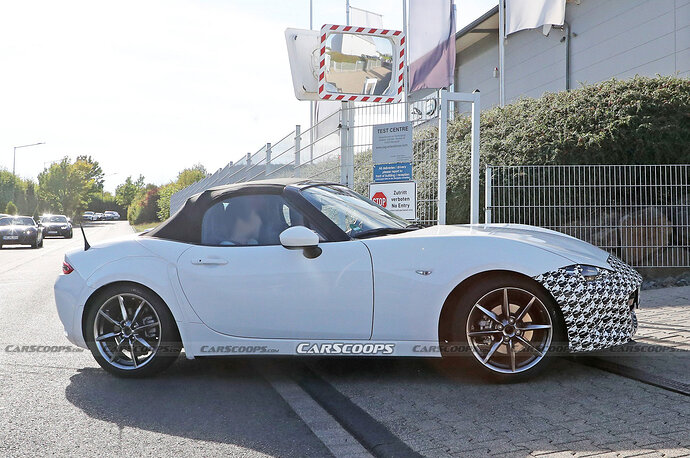 A fifth-generation MX-5 test mule has been spotted in broad daylight driving on German roads. A test specimen that was not alone. He was accompanied by another MX-5 unit. Just take a quick look at the spy photos to discover the details that hint that this is a test mule from the upcoming MX-5.

The fifth generation of the MX-5 is known internally with the code NE. The first thing that will catch our attention of the vehicle hunted by our photographers is a thickly camouflaged front. Even part of the optical groups are covered. A priori it is not intuited that there are changes under the camouflage. But we cannot rule out that some kind of modification is hidden.

It’s at the rear where things get really interesting. The vehicle has been widened. Something that becomes clear when analyzing the rear fenders. Running through the rear wings there is a white American quote whose purpose is none other than to hide the cut that the bodywork has suffered.

The development process is at an early stage. The proof of this is that a mule has been hunted and not a prototype. The latest reports point to a presentation at the end of 2023. In any case, it will arrive at European dealers as a 2024 model.