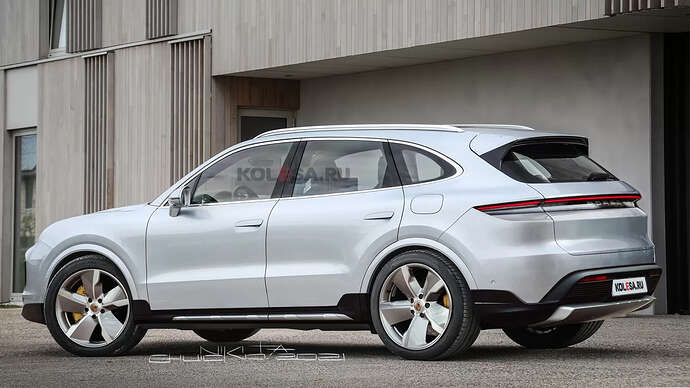 German car firm is looking to expand its crossover family by launching yet another such model.

A report dating back to earlier this week states that dealers have been shown a vehicle with a bigger overall footprint than the Cayenne. One of them described it as “part sedan, part crossover,” whereas another said that it is “very un-Porsche-like.”

Supposedly codenamed the ‘Landjet,’ it is a three-row model, with seating for seven, expected to debut in the second half of the decade. Rumor has it that it’s being built as part of Audi’s Project Artemis, and should launch with plug-in hybrid power, as well as a battery-electric variant with a range of over 400 miles (645+ km).

Inspired by this rumor, the peeps at Kolesa set to work, imagining how the so-called Porsche Landjet could look like. The renderings don’t have much in common with what dealers said about it, as they were based on the current Cayenne, and have a very Taycan-ish whiff at both ends. If anything, the digital illustrations look more like the next-gen Cayenne than a new model that would sit above it in terms of size, but then again, we cannot be certain of anything at this point.