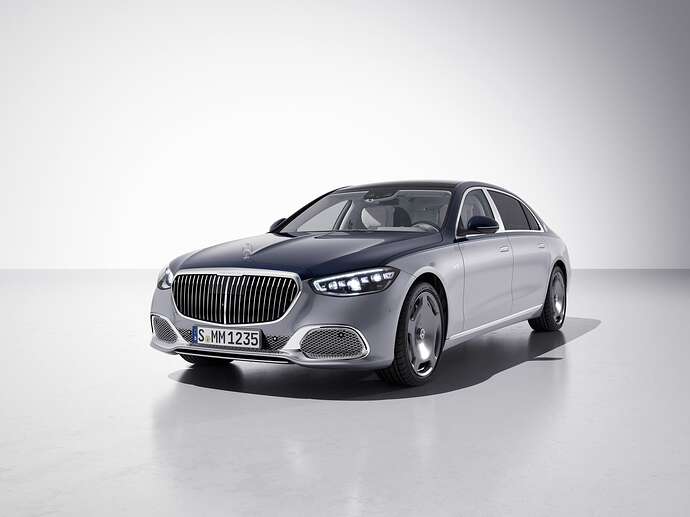 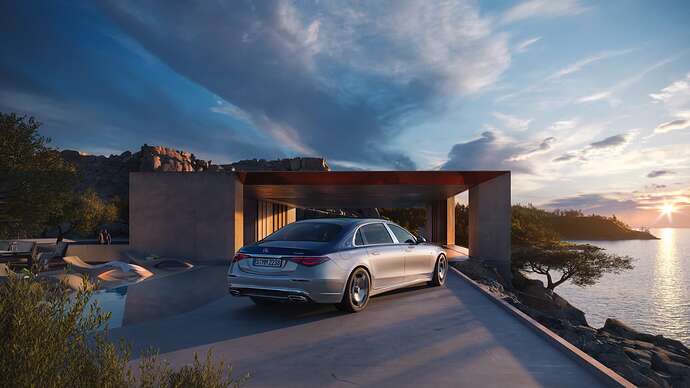 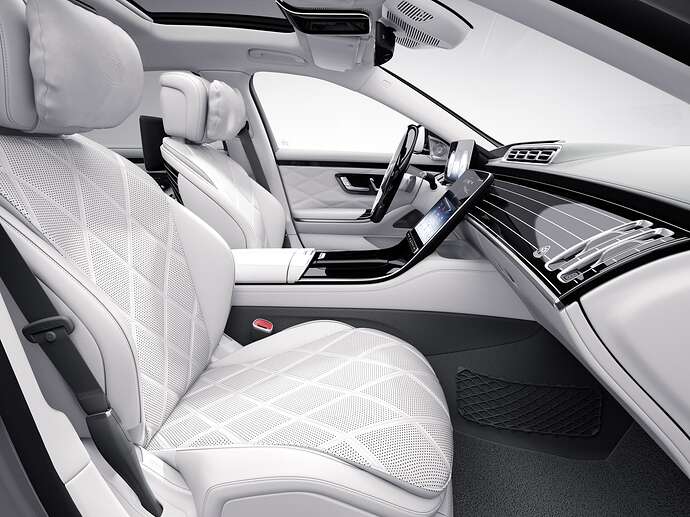 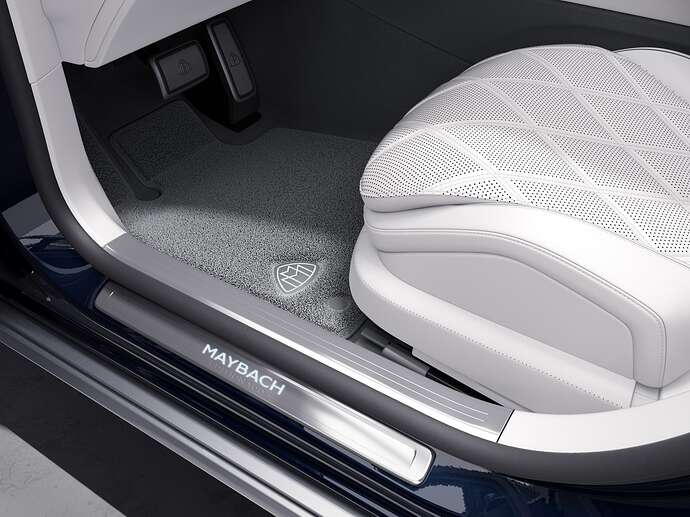 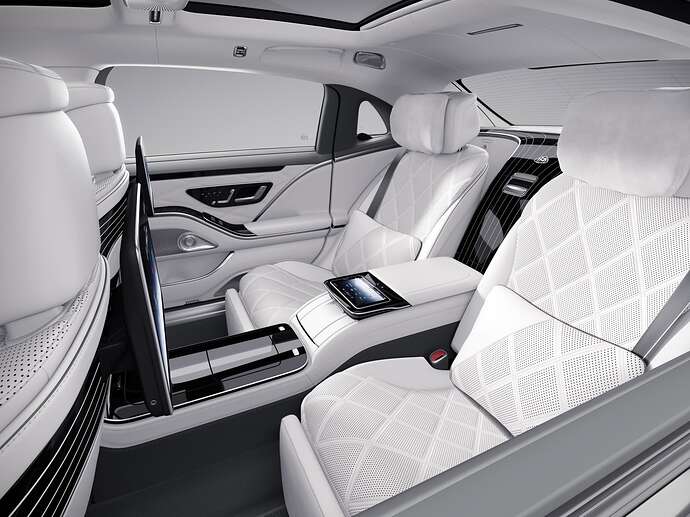 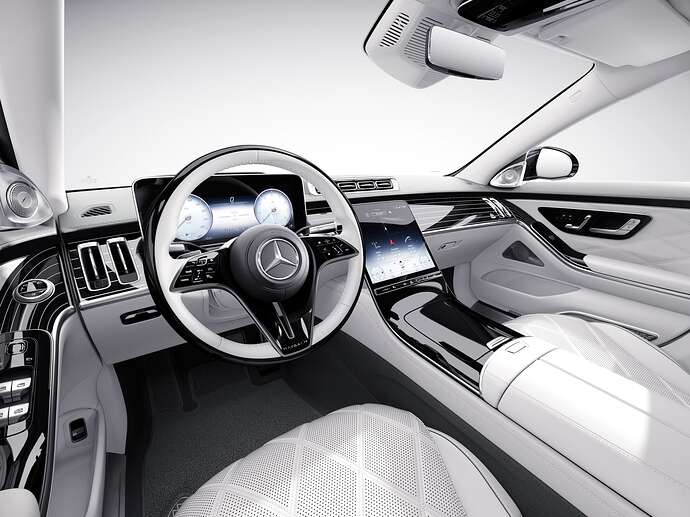 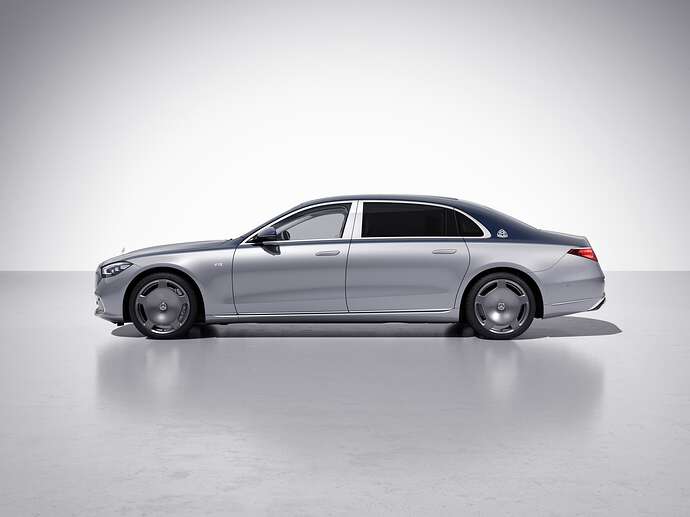 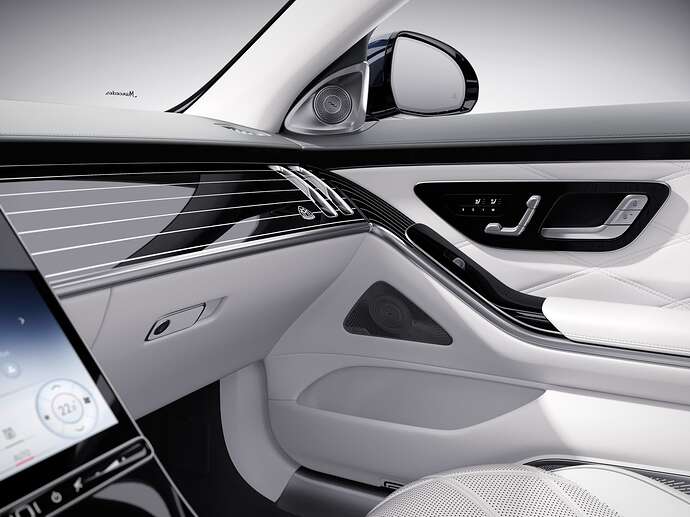 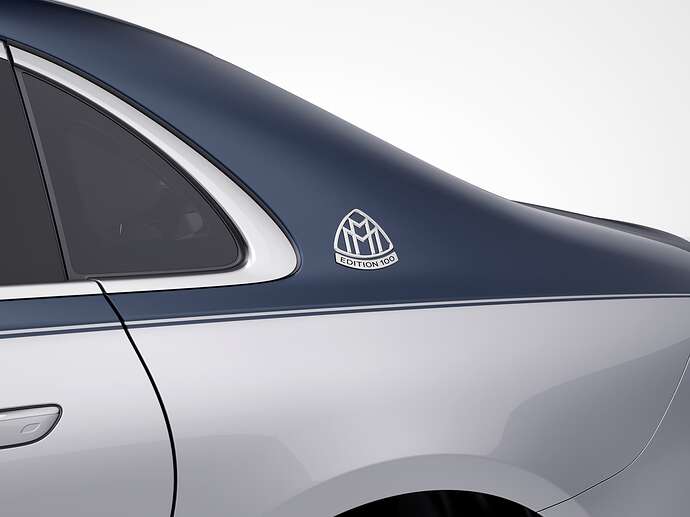 “What is good must also be beautiful.” This was the credo of Wilhelm and Karl Maybach at the beginning of the 20th century. Father and son were regarded as gifted designers, trailblazers of automotive luxury and pioneers in matters of style. With a simple-sounding formula, they created highly complex things: perfection and craftsmanship paired with innovation, both technically and in terms of workmanship. This is what the name Maybach stands for to this day. The Mercedes-Maybach brand continues to develop, with more models – soon also electric. At the IAA Mobility 2021 in Munich, Mercedes-Maybach presented the “Concept EQS” and thus gave a preview of the first fully electric series model from 2023. The SUV will be based on the modular architecture for luxury - and premium-class electric vehicles from Mercedes-Benz.

Mercedes-Maybach is presenting the “Edition 100” to mark its 100th anniversary with a special edition of the current S-Class, limited to 100 units worldwide. The special edition will be available in the U.S. in the first half of 2022.

Wilhelm Maybach, born in 1846, was a close companion of Gottlieb Daimler and initially worked for Daimler- Motoren-Gesellschaft. Among many innovations, he developed the first Mercedes, which dominated the Nice Race Week in 1901. This success earned him the honorary name “Roi des Constructeurs” – King of the Constructors. He and his eldest son Karl combined progress with form: they wanted to create “the best of the best”. “I think about it around the clock, a constant impulse: the perfection of the technology,” said Wilhelm.

Maybach Motorenbau GmbH presented the first mass-produced car at the motor show in Berlin in September 1921. The W 3 model resembled a moving work of art: the first German production car with four-wheel brakes, epicyclic gear system and an interior with the finest materials. The audience was thrilled, a legend was born. The magazine “Motor” wrote: “A new star in the automotive firmament is beginning to shine.”

In the 1920s and 1930s, Maybach became an expression of character and social position, and the epitome of technical and craftsmanship refinement – in short, custom-made luxury. From then on, kings, industrialists

and artists were chauffeured in the stately limousines and majestic Pullman sedans, and travelled the world in chic coupes, cabriolets and roadsters. Every Maybach model is uniquely equipped. Precision meets glamour. An Indian maharajah even had his limousine decorated with gold and rubies in 1928.

After the death of Karl Maybach in 1960, Daimler-Benz AG took over Maybach Motorenbau GmbH

In 2002, MAYBACH was revived as an independent brand: until the beginning of 2013, legendary vehicles like the Maybach 57 and Maybach 62 as well as the Maybach 62 Landaulet were delivered to customers all over the world. Again, automotive excellence was the driving force for engineers, designers and customers alike.

Mercedes-Maybach has been a Mercedes-Benz brand since 2014. In addition to the standard Mercedes- Maybach S-Class and GLS models, the brand is also launching the S 600 Pullman as well as limited-edition special models such as the S 650 Cabriolet or a G 650 Landaulet. The core markets are China, Russia, South Korea, the USA and Germany.

Each model follows the brand’s tradition of creating the “best of the best” and is made in consultation with customers at the Center of Excellence in Sindelfingen near Stuttgart. On request, the vehicles can also be individualized by the specialists in the Mercedes-Maybach MANUFAKTUR program: craftsmanship and perfection at the highest level.

“It’s about the passionate combination of every detail, no matter how small, that makes a luxury car a Maybach – all in combination with state-of-the-art technology from Mercedes-Benz. Every Mercedes- Maybach stands for Sophisticated Luxury in all its facets – for our customers who are looking for something very special,” says Philipp Schiemer, Head of Top End Vehicle Group Mercedes-Benz AG and CEO Mercedes- AMG GmbH.

To mark its centennial, the brand continues its journey towards maximum individuality, independence and comfort with a high-tech model.

The Mercedes-Maybach S-Class with a V12 engine capable of producing 621 hp is the perfect luxury sedan. Equipment highlights include the noise-insulated first-class rear compartment with Burmester 4D surround sound system, heat and massage functions for the seats and high-tech screens for infotainment. Compared to the long-wheelbase version of the S-Class, the model has a 7-inch (18 cm) longer wheelbase and is equipped with all-wheel drive for the first time.

The Mercedes-Maybach S-Class is now being celebrated in the most beautiful way in a refined “Edition 100” limited to 100 units worldwide: characteristic Maybach hallmarks such as the impressive radiator grille bear the brand emblem. The S-Class is hand-painted in two-tone Cirrus Silver/Nautical Blue and features a special design of leather interior in MANUFAKTUR Crystal White/Silver Grey Pearl. The brand logo including the inscription “Edition 100” adorns the C-pillar, various stowage compartments and the illuminated panels in the interior. The “Edition 100” lettering also adorns the hub caps. The wheels also shine in a new grey finish.

A car cover with the iconic double M as well as a fine handmade case made of soft crystal white or black leather in file size - made to store keys and papers - further underline the exclusivity of the edition. In keeping with the anniversary edition, Mercedes-Maybach’s long-standing partners are also designing strictly limited special series: Licensing partner Maybach Icons of Luxury, for example, offers a diamond-studded fountain pen from the Maybach the Peak collection.

Even 100 years ago, Karl Maybach was already working with the best specialist companies in order to meet his customers’ wishes and their style when building the bodies. He combined technical quality with individual design and perfect craftsmanship. No two cars are alike. Each of the coachbuilders complements the outstanding engineering of the chassis and engines with high-quality equipment and handcrafted bodies.

Customers see their vehicles as their own creations with character. Elegant unique pieces are created, masterpieces for connoisseurs and collectors.

The genesis of Maybach luxury is based on constant innovation – then as now. For this, inspiration is needed, impulses from outside, from creative partners like the early coachbuilders. For Mercedes-Maybach, ultimate luxury in modern form has always meant promoting creativity and making aesthetics in harmony with technology an individual experience.

Mercedes-Maybach relies on the expertise of its partners, a strong creative network of traditional businesses, manufacturers and visionaries.

“We see ourselves as a creator brand,” says Philipp Schiemer. “Every vehicle has always been configured and manufactured with veritable artistic ambition. Customers and producers have always been creative together – we want to preserve this spirit and further strengthen it in the future.”

Exclusive Maybach feeling for all areas of life

The anniversary year will also see the premiere of a special series of a champagne flute from the silver manufacturer Robbe & Berking. It features the raised Maybach logo on the base and the fine engraving of the Maybach “100 Years” logo. With great care, the Flensburgers also created matching water or long drink tumblers for connoisseurs and lovers of classics—not only for Mercedes-Maybach owners.

Since 2008, the traditional company has also been building and restoring wood sailing yachts at its own shipyard, Robbe & Berking Classics. The longing for travel and beauty unites: “The large and small masterpieces of both companies are among the best of their kind in the world. In both manufactories, unique works of timeless elegance are produced from selected materials in a perfection that arouses emotions among collectors and customers all over the world,” says Oliver Berking, Managing Director of Robbe & Berking Silbermanufaktur seit 1874 GmbH & Co KG.

Matching lifestyle accessories such as exclusive travel bags, leather goods, clothing, home and eyewear made in Germany enrich the customers’ lifestyles – beyond the car. Licensing partner Maybach Icons of Luxury develops the collections with the mythical brand emblem. Sustainably selected materials are used, such as natural horn, precious woods, titanium, cashmere or leather types that meet the highest environmental standards. The artfully staged understatement of the products conveys the fascination of the brand and fulfills the desire for personal expression. “We are driven by the goal of making the exclusive Maybach feeling tangible in as many areas of life as possible,” explains CEO Jutta Kahlbetzer.

To celebrate the 100th anniversary, the Maybach the Peak collection presents a limited-edition fountain pen with an 18-carat gold nib and serial numbering in a stylish wooden gift box. The clip of the pen is set with 100 diamonds, in a choice of either black or white, the cap tip is made of mother-of-pearl, and the body is lacquered in the blue metallic shade of the “Edition 100” vehicles.

Helping others find their own best possible future

Ulrich Schmid-Maybach, great-grandson of Wilhelm and grandson of Karl Maybach, represents the values of the family business in the fourth generation: creativity, innovation, quality and enthusiasm. “There is no greater luxury than knowing you have the best,” says Schmid-Maybach. “Maybach’s self-image as the ‘ultimate inventor’ goes back to its own history of origin, and to the quality claim ‘Made in Germany.’ To that origin, to create something out of nothing, to transmit that wisdom to subsequent generations and to foster a culture of creativity and innovation.”

The Maybach Foundation, started by Schmid-Maybach in 2005, is a non-profit organization that pays tribute to the life’s work of Wilhelm and Karl Maybach, for example with a virtual Maybach Museum. It also fosters the next generation of innovators through mentoring programs. Wilhelm Maybach was sponsored by Gottlieb Daimler, which gave rise to the idea of the mentoring concept. It provides for the Maybach Foundation to focus on very gifted young people who have developed special talent in a particular discipline. The Maybach Foundation is active in a wide variety of areas: society, ethics, science, technology, art and sustainability. Ulrich Schmid-Maybach clarifies: “Your best possible future helps others find theirs.”

World-renowned artists such as writer Paulo Coelho, musician Quincy Jones and painter and director Julian Schnabel support the foundation with the aim of transporting and inspiring the legacy of the founders into the future.

“For the future, we will deepen the dialogue with outstanding personalities such as artists, architects and companies,” says Philipp Schiemer. “Just like them, we will not stop perfecting our products. The brand will reinvent itself once again after 100 years: sustainable, artistic, visionary. With more models – and these will also be electric.”

Traditions that live on. Luxury that never ends. And visions that pave the way for further innovations from Mercedes-Maybach.