PEUGEOT has unveiled the INCEPTION CONCEPT

PEUGEOT has unveiled the INCEPTION CONCEPT, heralding a new era for the brand and embodying its vision for future electric vehicles. 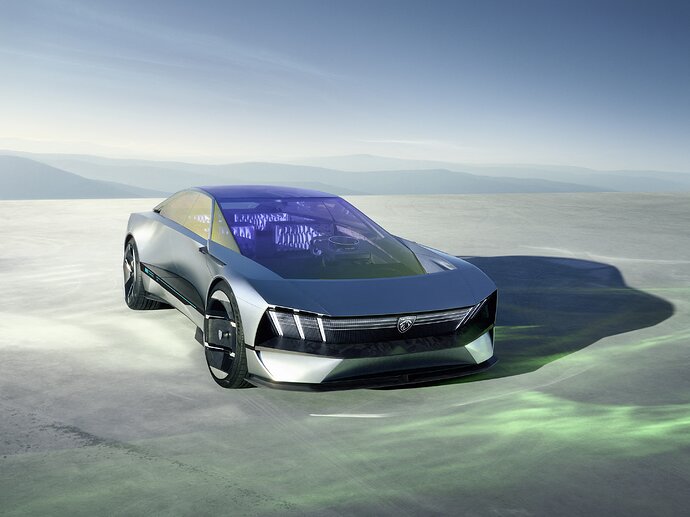 Featuring a revolutionary exterior and interior design, including the next-generation PEUGEOT i-Cockpit® and innovative Hypersquare control system with steer-by-wire technology, the INCEPTION CONCEPT will inspire PEUGEOT’s future products from 2025, with the goal of bringing most of its innovations to production. 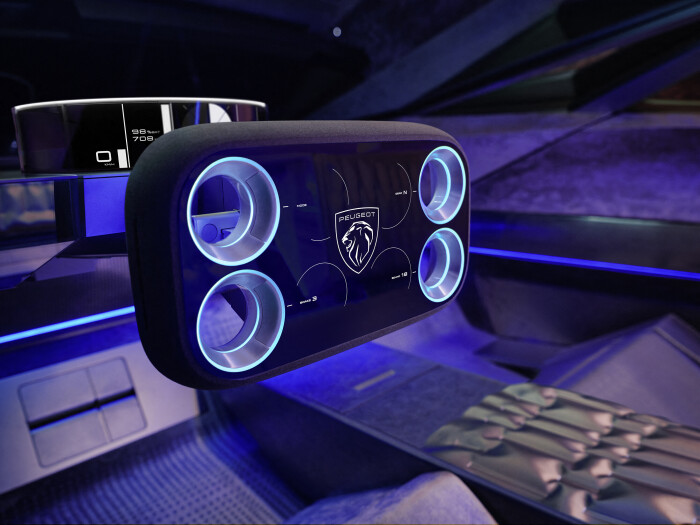 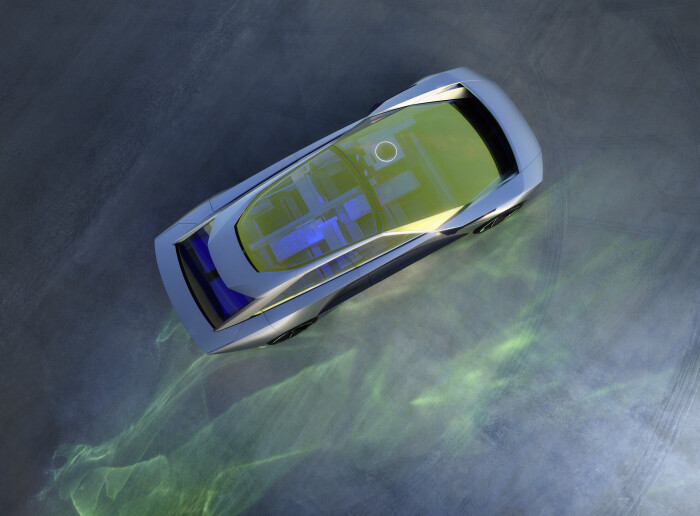 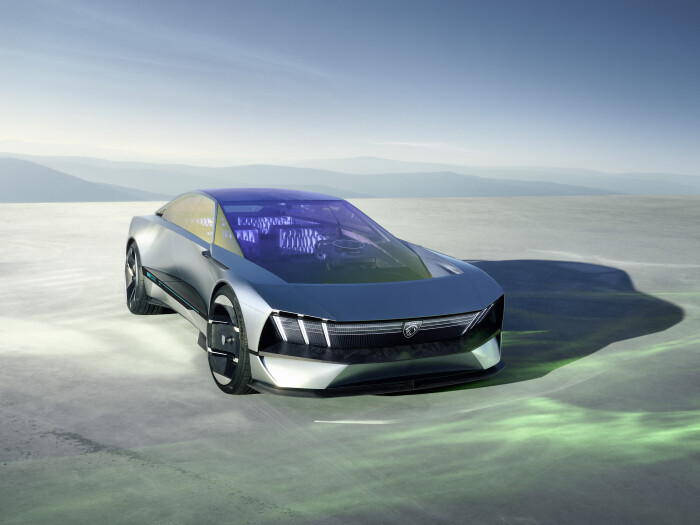 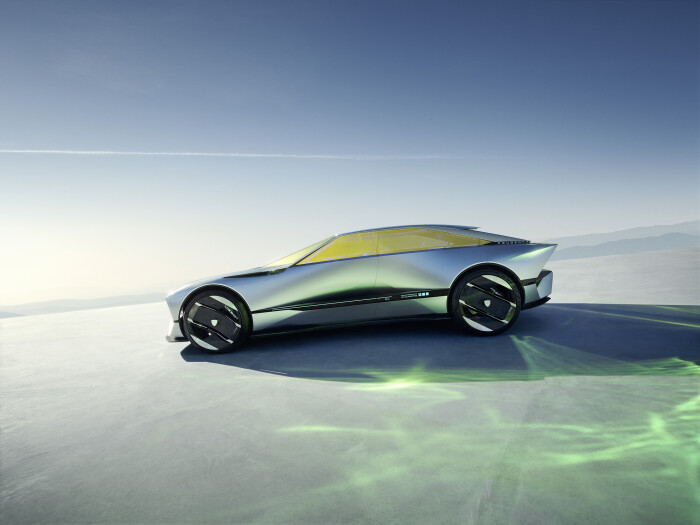 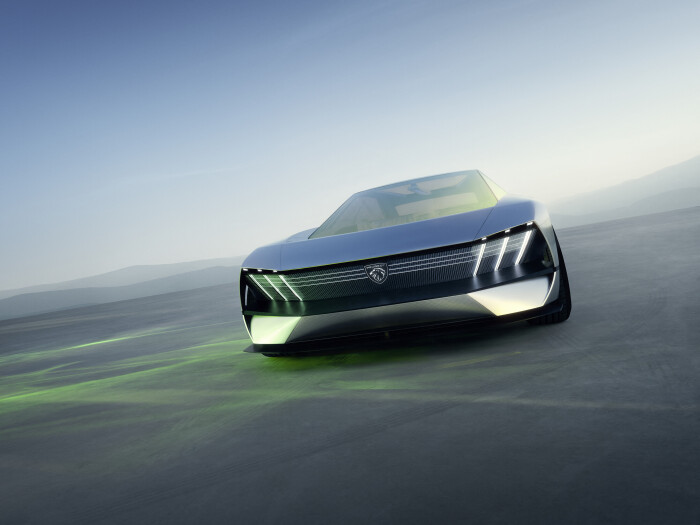 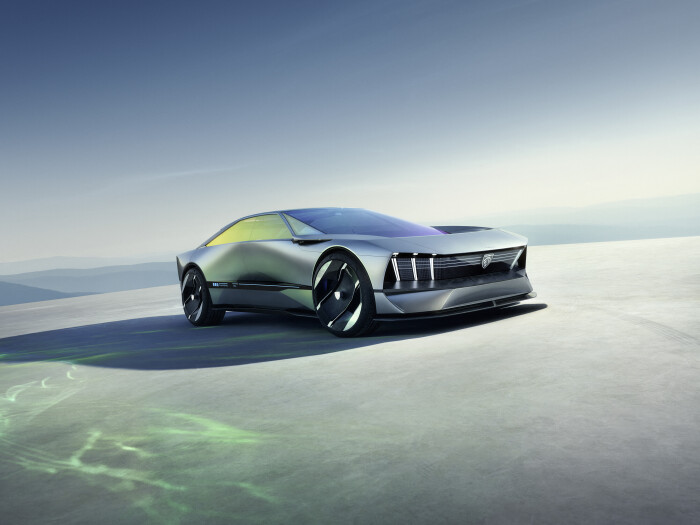 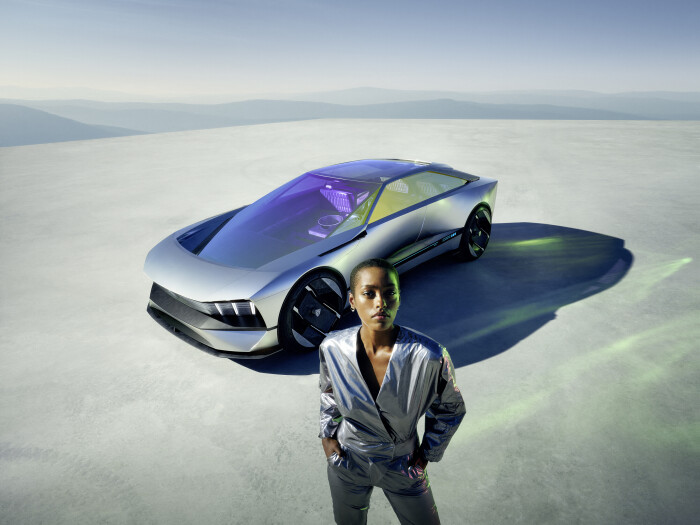 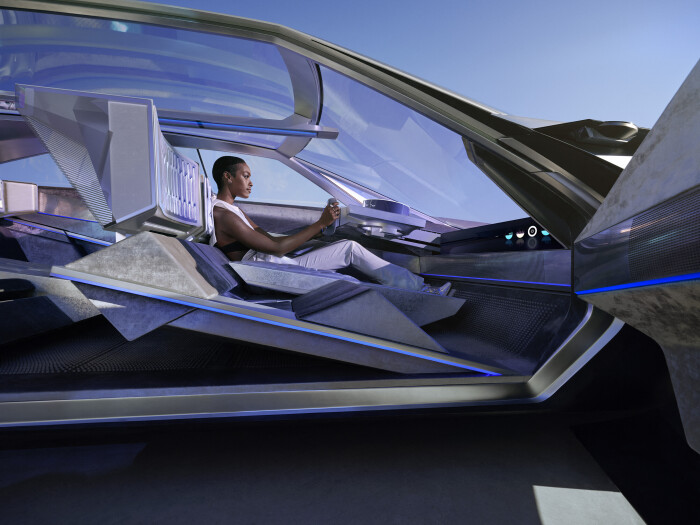 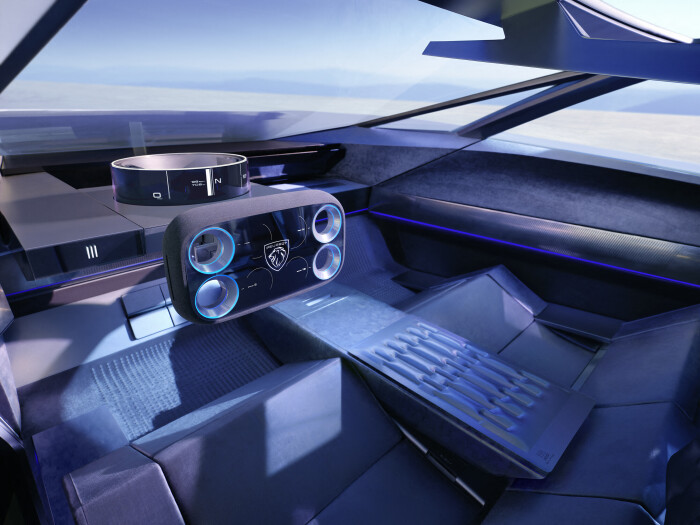 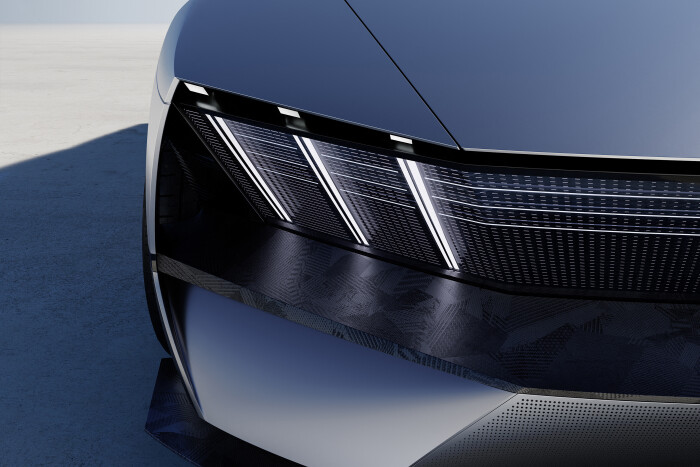 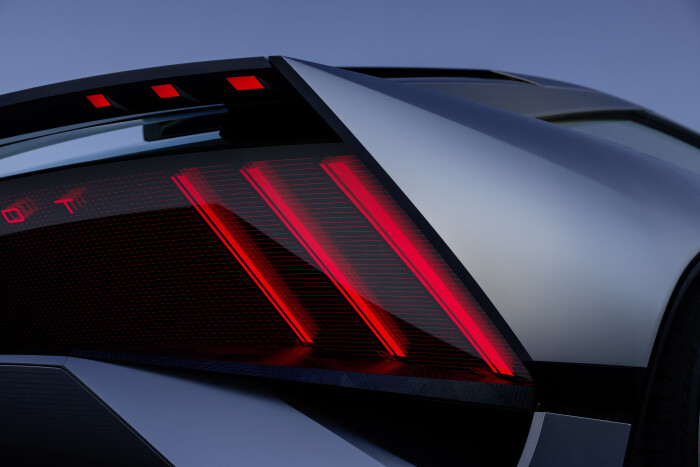 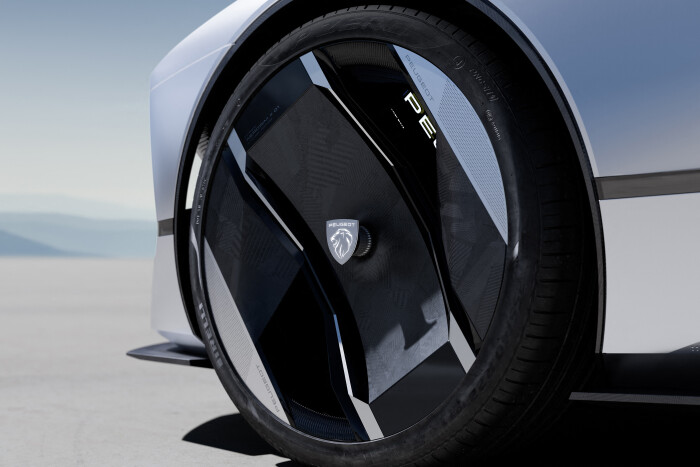 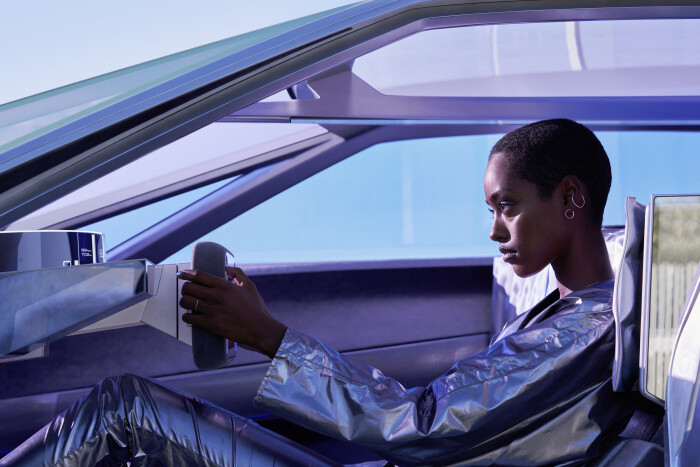 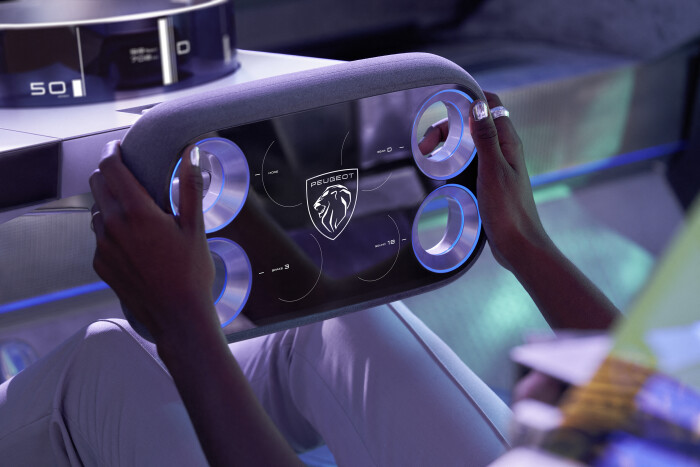 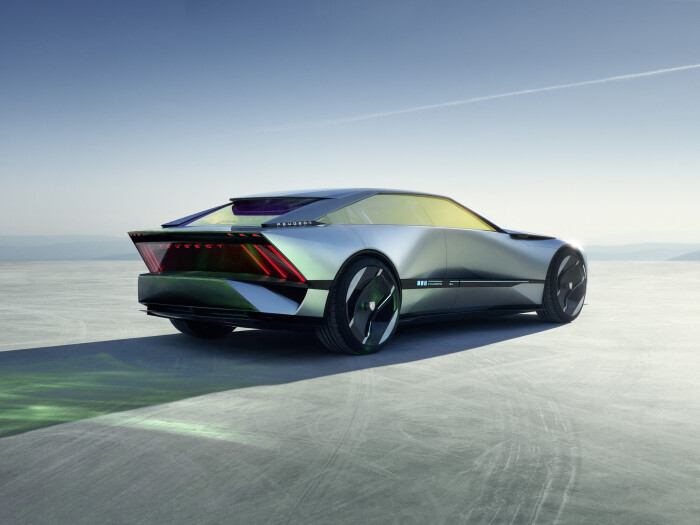 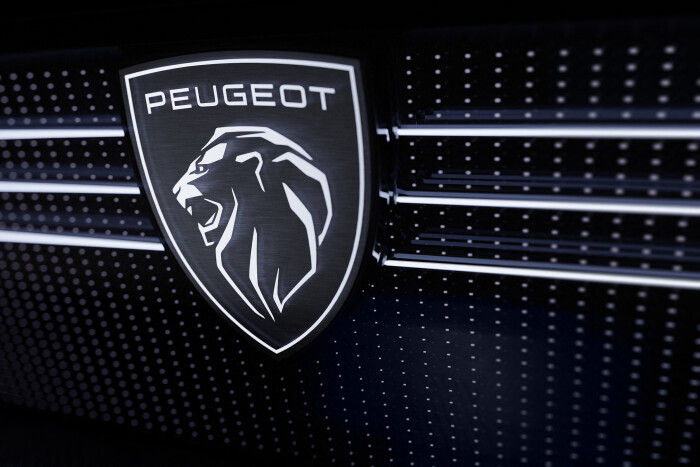 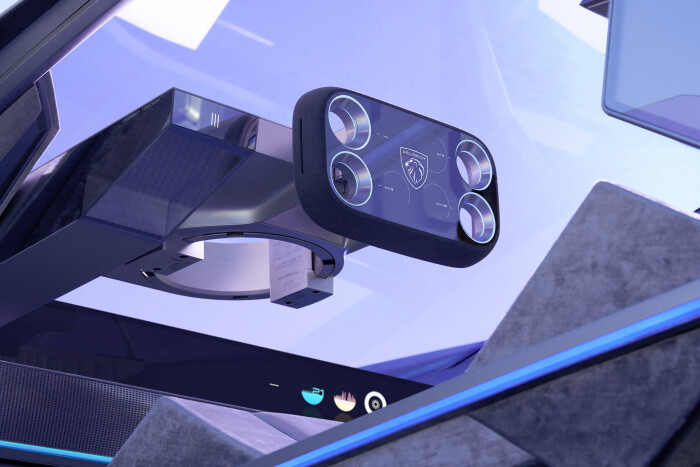 Based on the STLA Large platform, the fully electric INCEPTION CONCEPT is powered by a 100kWh battery providing a range of 497 miles. With two electric motors, the INCEPTION CONCEPT produces almost 680hp and accelerates from 0-62mph in under three seconds. The model also features 800V technology, enabling it to add 93 miles of range in just five minutes, and is capable of wireless induction charging.

Linda Jackson, CEO of the PEUGEOT brand, said: “PEUGEOT is committed to the electrification of its range. In 2023, our entire line-up will be electrified and in the next two years, five new 100% electric models will be launched. Our ambition is simple: to make PEUGEOT the leading electric brand in Europe by 2030. This objective and ambitious vision pave the way for a radical transformation for the brand, as represented by the INCEPTION CONCEPT.”

Design
The PEUGEOT INCEPTION CONCEPT introduces a new, simpler and more refined design language for the brand, which will be introduced on future models from 2025. At the front, it features an all-new light signature incorporating PEUGEOT’s distinctive claw design, which is merged with the front grille to create a single object that also houses the sensors. This is made up of a single piece of glass with the logo in the centre, magnified by the 3D luminescent effect.

A TECH BAR runs horizontally through the door layer. This flush screen emits different messages to the outside of the car when the driver and passengers approach it. The artificial intelligence equipped on the PEUGEOT INCEPTION CONCEPT makes it possible to recognise the driver in order to set up the comfort settings (seat posture, temperature, driving mode and multimedia preferences) desired by each occupant. In addition, the TECH BAR also displays the battery charge level and houses many sensors and radars, leaving the bodywork completely smooth.

The INCEPTION CONCEPT’s bold design incorporates 7.25m2 of glazing to create a glass capsule for the passenger compartment that plunges to the driver and front passenger’s feet. All the glazing (windscreen, side windows and quarter windows) is made from glass designed for architecture. Adapted to the PEUGEOT INCEPTION CONCEPT, it retains its exceptional thermal qualities and benefits from a multi-chrome treatment (treatment with metal oxides), a process initially used for the visors of astronauts’ helmets by NASA.

Completing the car’s unique design is an exclusive body colour, which highlights the shapes in the bodywork and interacts, like the glazing, by tinting according to the external environment. The paint is single-coated, meaning far less energy is consumed during its application.

‘BEV-by-design’ platform
The INCEPTION CONCEPT has been given the silhouette of a low (1.34m) and efficient saloon and is 5m in length. It is based on the STLA Large platform, one of four future Stellantis Group “BEV-by-design” platforms. The arrival of this new range of platforms from 2023 will revolutionise the PEUGEOTs of tomorrow. Specifically created for electrification, they offer major differences in terms of architecture which enabled designers to completely reshape the PEUGEOT INCEPTION CONCEPT’s passenger compartment.

Powertrain
The 100% electric PEUGEOT INCEPTION CONCEPT is equipped with 800V technology. Its 100kWh battery enables it to travel 497 miles on a single charge, with extremely low consumption of just 12.5kWh per 100 km. The INCEPTION CONCEPT is capable of adding 19 miles of range in one minute, or 93 miles in five minutes, and can also be recharged wirelessly by induction.

Two compact electric motors, one at the front, the other at the rear, make the PEUGEOT INCEPTION CONCEPT a four-wheel drive vehicle. The combined power is close to 680hp (500kW), enabling it to accelerate from 0-62mph in under three seconds.

The centre of the Hypersquare is a tablet-type screen dedicated to the distribution of control information. The pictograms for the different features (air conditioning, radio volume, ADAS etc.) are displayed on the two side panels to facilitate access to the chosen control. The latter is located inside the circular recesses and can be accessed by moving the thumb only, without taking your hands off the steering control.

The next generation i-Cockpit also includes the Stellantis STLA SmartCockpit technology platform and STLA AutoDrive, enabling Level 4 autonomous driving. When driving is delegated, Hypersquare retracts and a large panoramic screen slides out from the floor to offer a new passenger compartment experience.

PEUGEOT’s goal is to introduce the Hypersquare on a next generation vehicle in the range before the end of the decade.

Interior
The PEUGEOT INCEPTION CONCEPT features a minimal cockpit dedicated to the driver alone, which does without a dashboard, crossbar and the bulkhead, providing a completely open view of the road.

Sustainable ‘moulded textiles’ are also used throughout the interior. Scraps of 100% polyester fabric from the design centre’s prototyping workshops or from suppliers are re-used to make load-bearing or trim parts. The seats are covered with a velvet made from 100% recycled polyester, which extends onto the floor and features 3D patterns to act as a floor mat.

Electrification strategy
The PEUGEOT INCEPTION CONCEPT is a showcase of the new techniques PEUGEOT will introduce to reduce its carbon footprint by more than 50% by 2030 in Europe and to become fully Carbon Net Zero by 2038.

Over the next two years, PEUGEOT will launch five new 100% electric models and by 2030, all PEUGEOT cars sold in Europe will be electric.