Jaguar Classic is bringing a strictly limited run of new C-type Continuations to life in celebration of the iconic model’s motorsport heritage, 70 years after it first raced to victory at the Le Mans 24 Hours. The landmark vehicle will make its public debut at the prestigious Concours of Elegance at Hampton Court Palace on Friday 3 September. 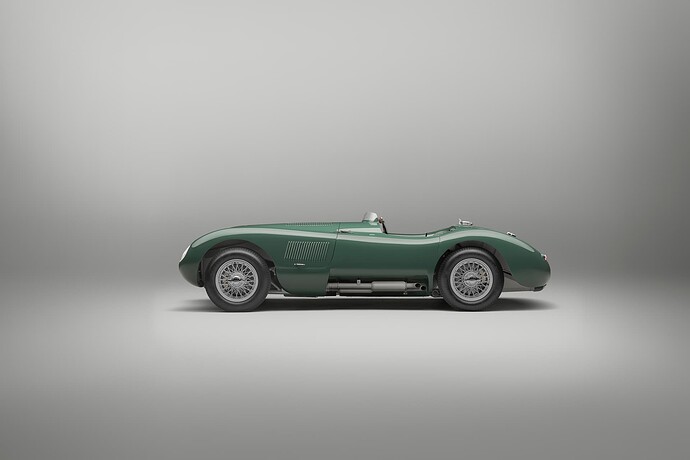 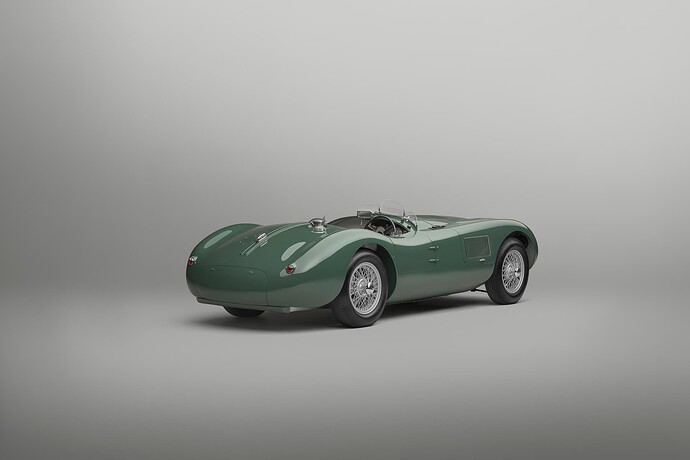 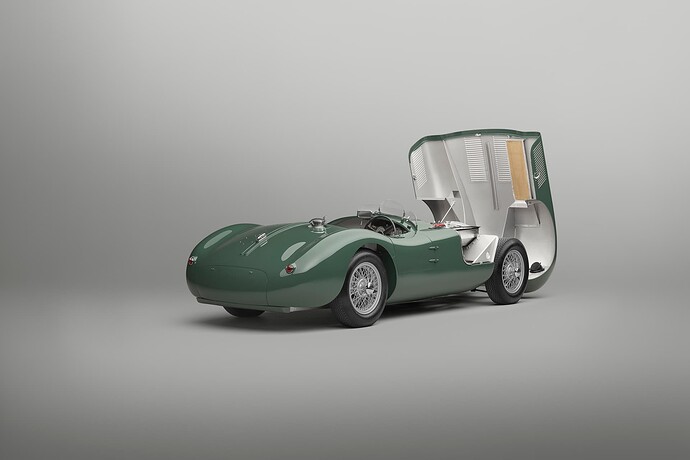 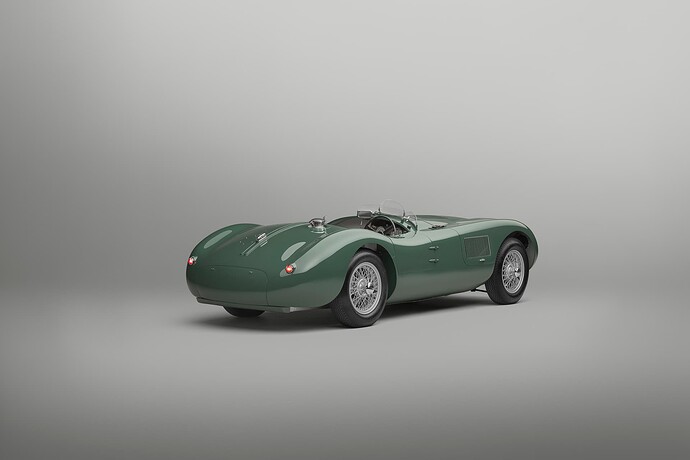 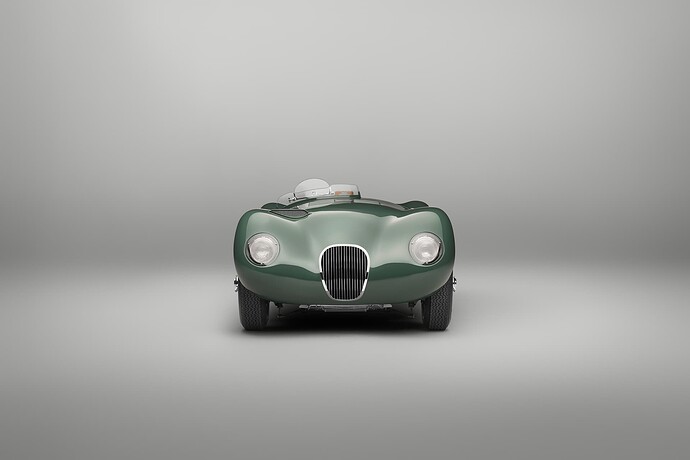 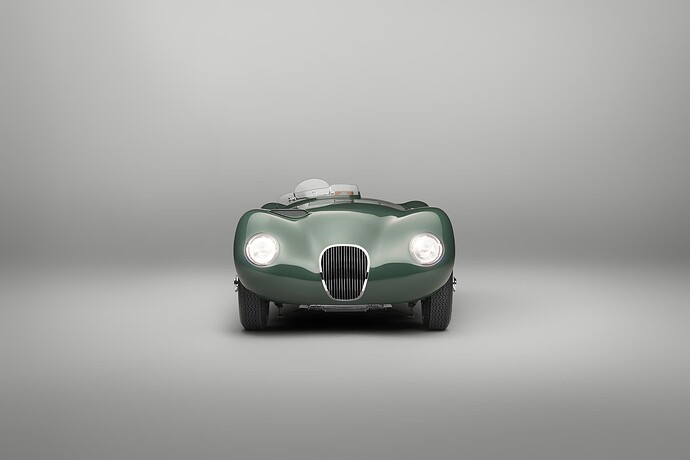 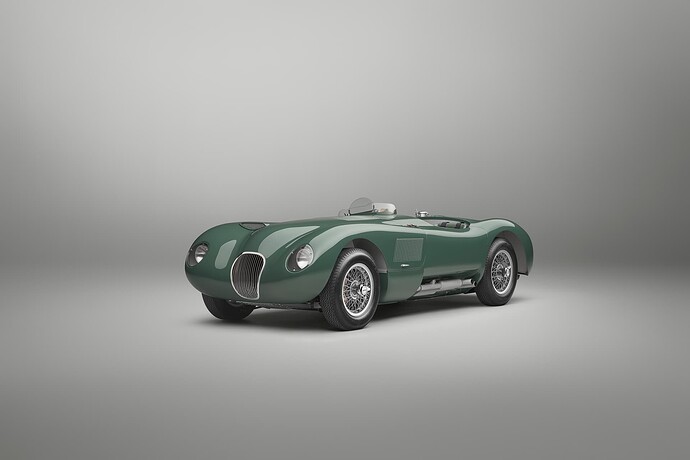 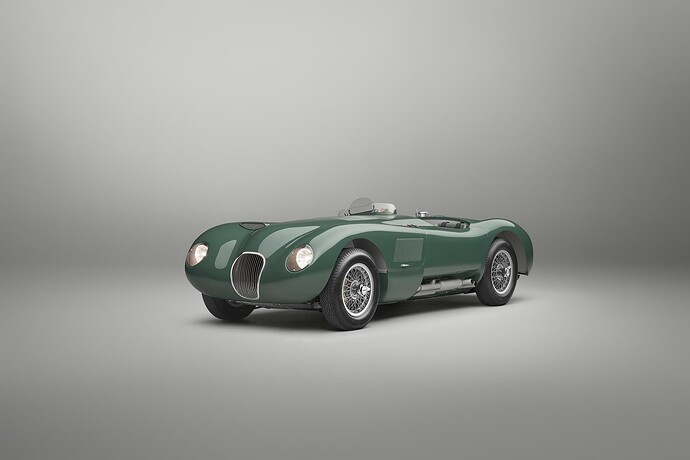 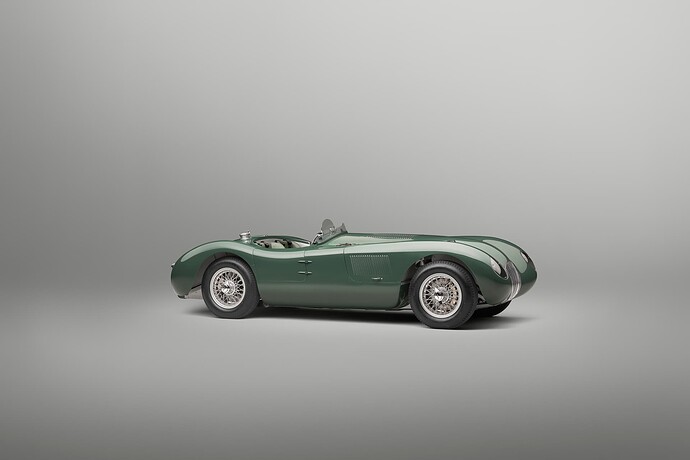 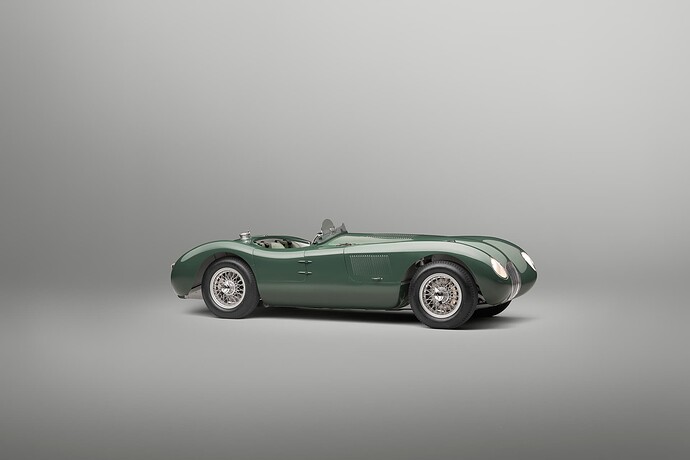 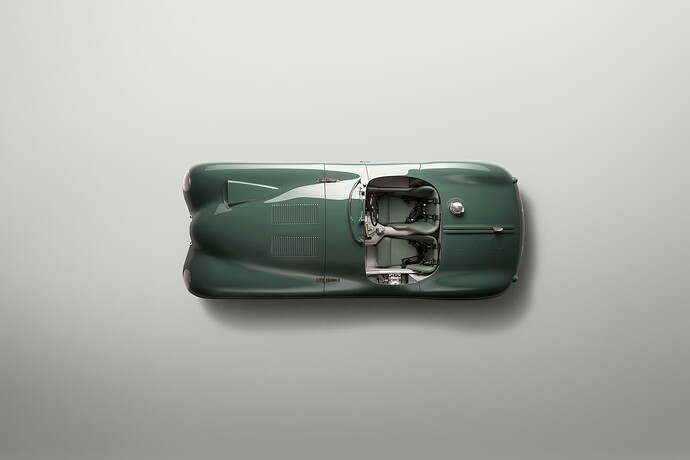 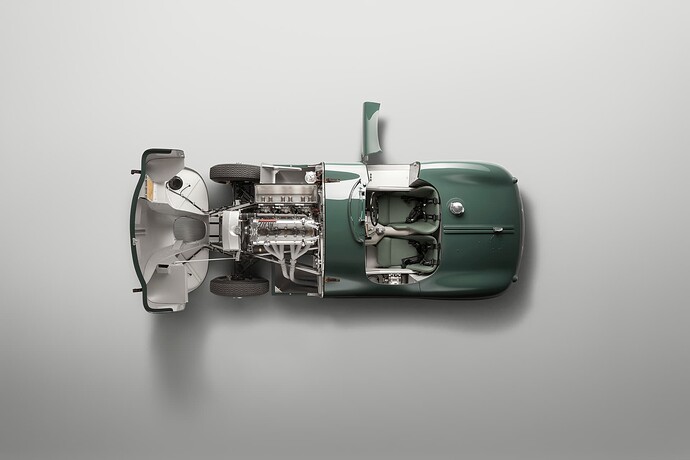 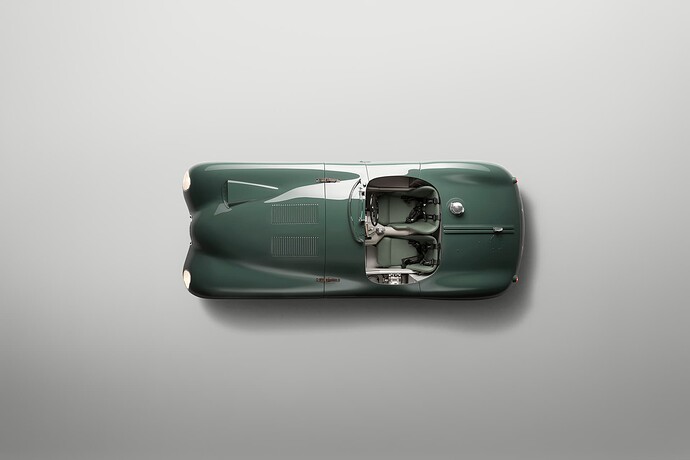 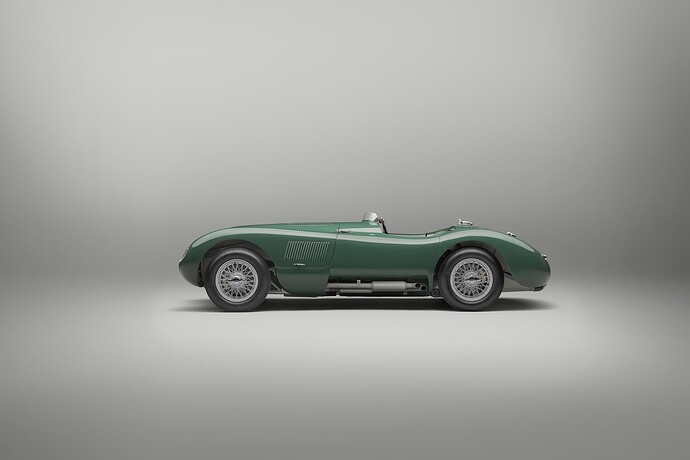 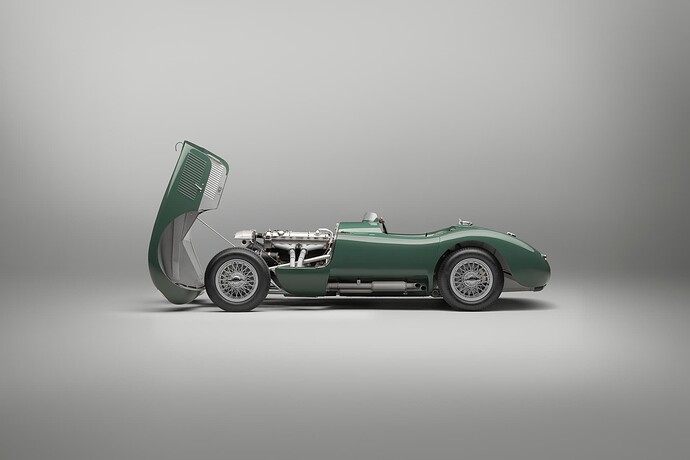 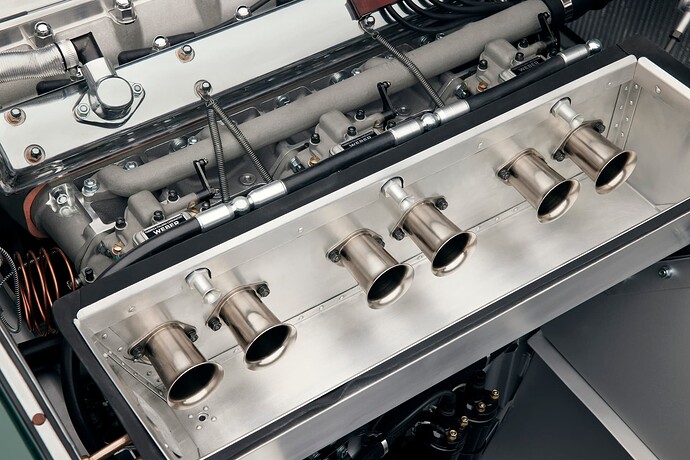 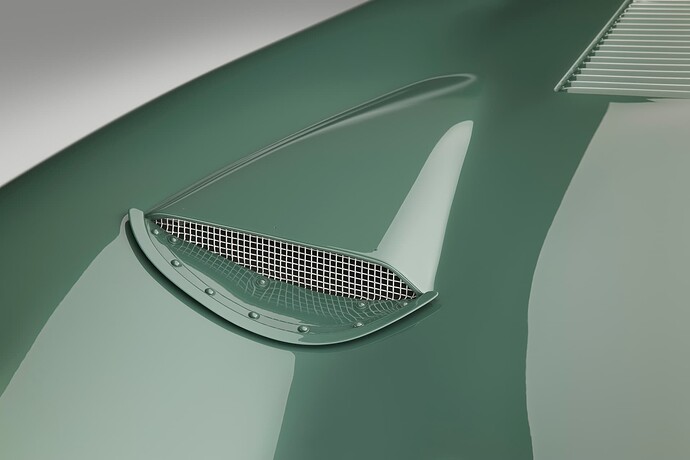 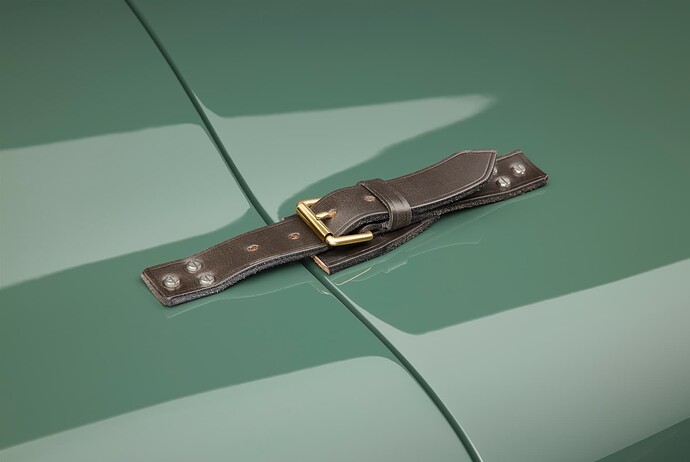 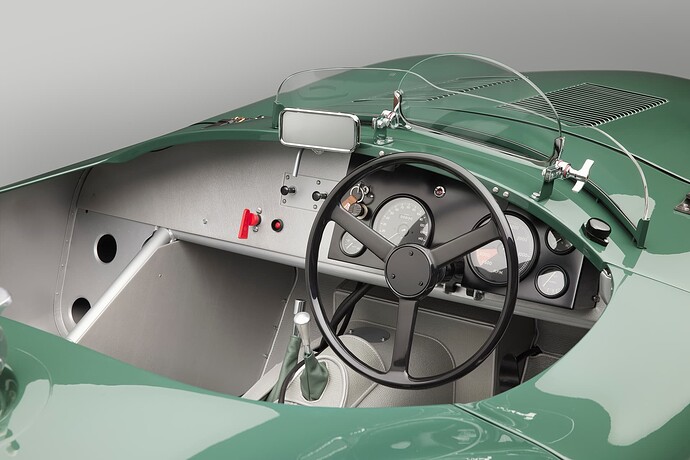 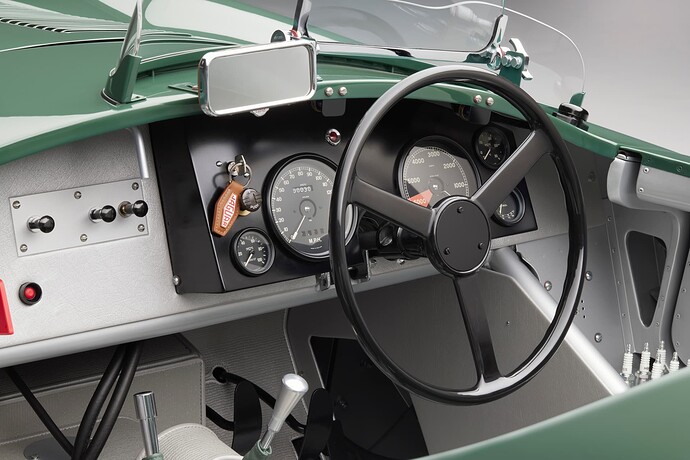 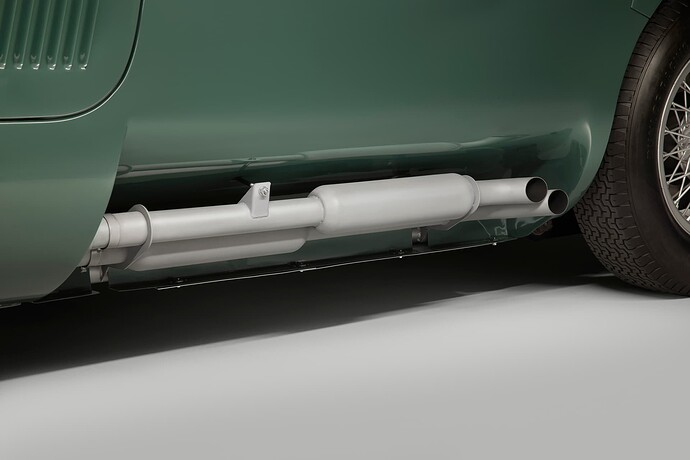 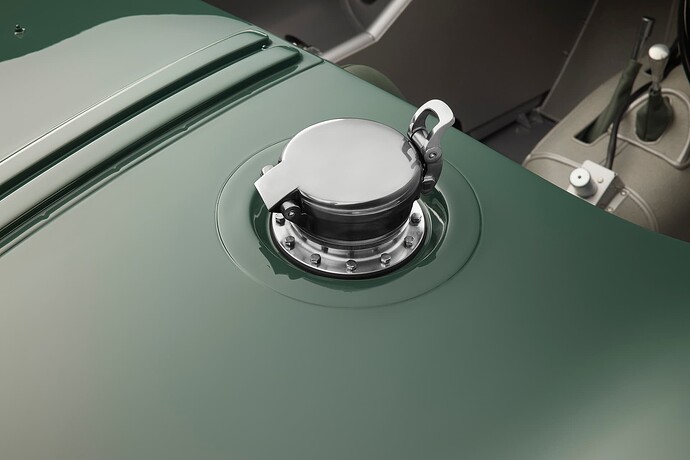 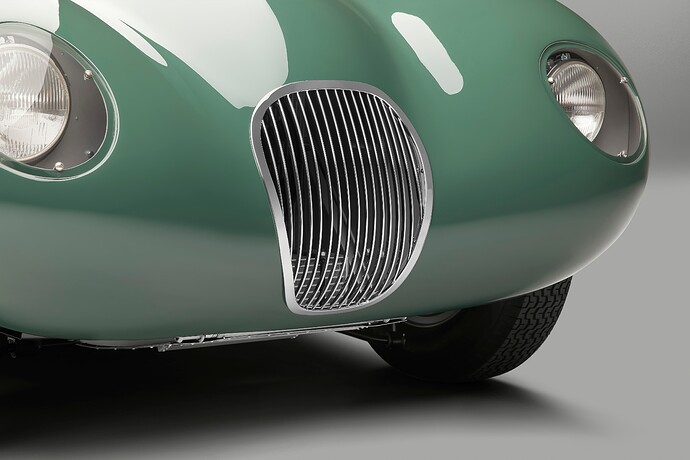 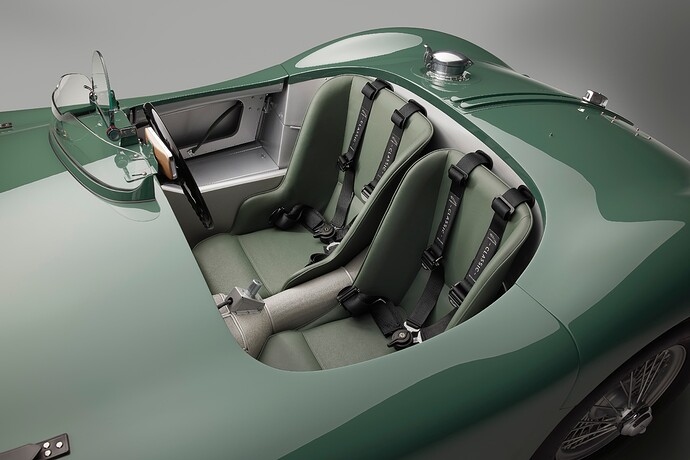 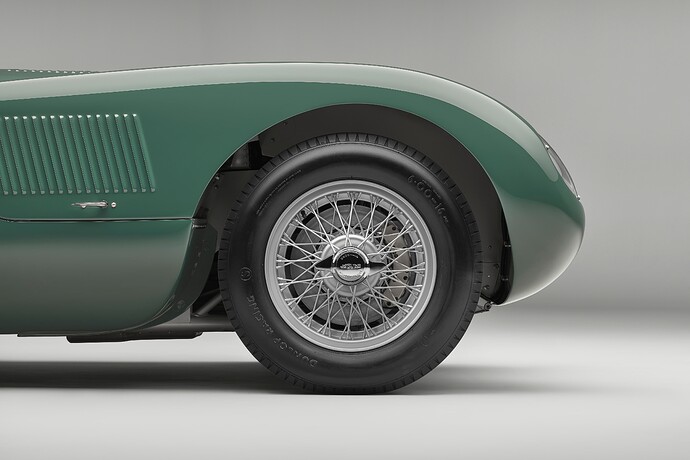 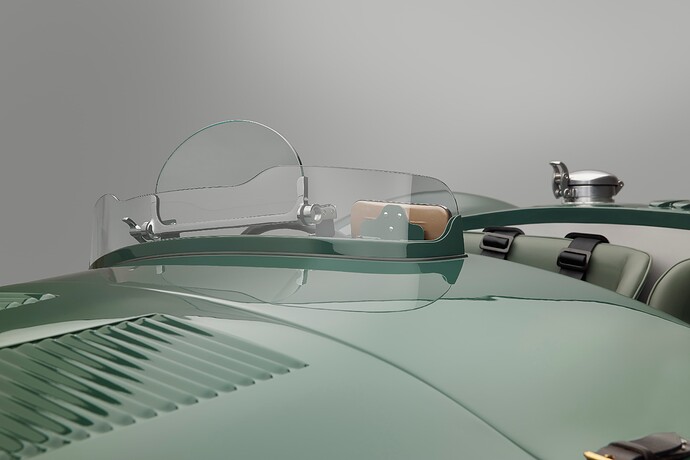 Jaguar Classic is bringing a strictly limited run of new C-type Continuations to life in celebration of the iconic model’s motorsport heritage, 70 years after it first raced to victory at the Le Mans 24 Hours. The landmark vehicle will make its public debut at the prestigious Concours of Elegance at Hampton Court Palace on Friday 3 September.

The C-type Continuation will be hand built at Jaguar Classic Works in Coventry, to the specification of the 1953 ‘works’ C-types that dominated that year’s Le Mans 24 Hours, scoring the C-type’s second Le Mans win and continuing a run of motorsport success for the company.

The team at Jaguar Classic has painstakingly researched the C-type’s history for the Continuation’s exacting specification, bringing Jaguar’s heritage to life through modern technology and engineering expertise.This includes the use of the same authentic techniques and build methods as in period.

However, the C-type is particularly notable for the first use of disc brakes from 1952. Developed with Dunlop, combined with upgrades to the engine and suspension, they contributed to C-types dominating the 1953 Le Mans 24 Hour, with a first and second place finish, and a record smashing average speed of 105.841 miles per hour. This was the first time the race had been completed at over 100 mph average.

The original C-type was famed for its fluid and aerodynamic shape, which was designed by Malcolm Sayer, who was recruited by William Lyons in 1950. Originally dubbed the XK120C and using that iconic vehicle as its base, the C-type would go on to become one of the most important cars in Jaguar’s racing history.

The C-type used the XK120’s engine, transmission and suspension, while Malcolm Sayer penned its smooth and aerodynamic body using his established background in engineering and aerodynamics from the aerospace industry to maximum advantage. Using complicated mathematic formulae to create three-dimensional curves, Sayer applied his unique ability for artistic skill and aerodynamic expertise to produce the C-type. He made its exotic design come alive through advanced calculations.

Designed, engineered and built in just six months, 12 Jaguar personnel arrived with a trio of C-types at the 1951 Le Mans 24 Hours, having driven from the UK in the competing cars.

In its debut year, in 1951, the C-type won the Le Mans 24 Hours, the first of many Jaguar motorsport victories. Three cars entered, driven by Stirling Moss and Jack Fairman, Leslie Johnson and Clemente Biondetti and the partnership that would go on to win the race: Peter Walker and Peter Whitehead.

Designed with a drilled tubular chassis frame to prioritise weight saving, the C-type represented key improvements on the XK120 all-round. Developments over time, along with the first application of disc brakes, included the use of 16-inch 60-spoke wire wheels on 1953 works cars to improve cooling for the brakes. Meanwhile, innovations such as using a Panhard rod for the rear suspension also improved the vehicle, to hone the C-type into its ultimate 1953 configuration.

Contributing to this success was the use of three Weber 40DCO3 carburettors that gave a boost to the 3.4-litre straight-six engine’s horsepower from 200bhp to 220bhp. The extra power, combined with the first fitment of disc brakes and the lightweight body all contributed to the Jaguar’s second Le Mans triumph.

A tell-tale clue that identifies 1953 specification models is the bonnet vent that directs air straight into the carburettors at the top of the engine bay, with the assistance of an intricately designed air box – just one of several unique touches on the 1953 car that will be shared with all C-type Continuations.

Driven by Duncan Hamilton and Tony Rolt, the winning car in 1953 led to much wider adoption of disc brakes both for race use and on the road. Jaguar’s engineering innovations would set the tone for the whole industry, using its motorsport know-how to improve driving experiences for all.

A TREASURE HUNT FOR AUTHENTICITY

In creating the C-type Continuation, a deep-dive into the C-type’s history and heritage was required to inform the way in which it should be built, its specification and its racing prowess. Before the physical development could begin, almost two years of data compilation was required, kicking off what would become something of a treasure hunt into Jaguar’s archives, drawings, documents and pictures to piece together how to build this iconic car in the 21st century.

As well as using available original drawings and reviewing in-period parts, the team needed to consult the original engineering ledger. Copy typists were recruited to fully digitise everything the team needed to know. There were over 2,000 items listed on the original ledger. All of this information then needed to be checked by Jaguar’s current team of highly skilled engineers.

Thankfully, Norman Dewis OBE (1920 – 2019) – former test driver and engineer for Jaguar Cars – also provided invaluable guidance on the build process, while the team had access to an example C-type and photographs along with Malcolm Sayer’s notes for the sleek body to help construct a ‘Car Zero’,

The culmination of all of this information meant a 3D CAD (computer aided design) model could be constructed – the first time a Jaguar Classic Continuation whole vehicle has been created in this way. It began with the major elements of the body and overall structure to provide key visuals to the engineers, and ensure everything matched up to the original information that was available.

By using modern methodology, Malcolm Sayers’ original designs could be confirmed. The state-of-the-art tools that Jaguar Cars has in its arsenal today helped validate the authenticity and ingenuity of the original C-type.

Of the 53 Jaguar C-types built in the 1950s, 43 were sold to private owners, and production C-type specification was more like that of the 1951 Le Mans competing cars, limited to drum-braked cars with twin SU carburettors and 200bhp.

The first C-type Continuation cars will be built ahead of a racing-inspired celebration event for their owners in 2022. Each example will reflect the 1953 Le Mans-winning works team car specification, including its 3.4-litre straight-six engine with triple Weber 40DCO3 carburettors, producing 220bhp, and the groundbreaking disc brakes that contributed to the record-breaking triumph at the 1953 Le Mans 24 Hours.

The Jaguar Classic team with its myriad of documents and references will deliver another continuation vehicle with unparalleled attention to detail and craftsmanship.

For the 3.4-litre straight-six engine, each of which takes nine months to construct, the Weber carburettors are all meticulously refurbished to an exacting standard, while other details in the engine bay are in-period, such as the Plessey hydraulic pump on the gearbox that pumps hydraulic fluid into the brakes.

The attention to detail extends to elements such as the brake fluid reservoir, which on the original cars featured brackets that were designed for its application in another vehicle. For the C-type, they serve no purpose, however, all Continuation cars will retain this original anomaly.

Similarly, 1953-specification C-types featured a different Lucas fusebox cover to previous C-types from 1951 and 1952. All Continuation cars feature reconditioned original versions of the correct design that Jaguar Classic sourced, while the Lucas rear-view mirrors fitted to all C-type Continuations have also been sourced as part of an exhausting treasure hunt for authentic components. At the start of the process, just one was available, but Jaguar Classic sourced enough originals to ensure every Continuation features an in-period Lucas rear-view mirror, to complement the three-quarter Brooklands race screen and Smiths clocks in the cockpit.

The original-spec clocks and gauges are an illustration of the hours of craftsmanship that go into creating a C-type Continuation. Not only are they faithful to the originals, but the way in which they are integrated – including the surrounding switches – is an example of the fine and delicate attention to detail that Jaguar Classic engineers employ to create the perfect example.

The ignition switch on the C-type Continuation also embodies this approach. The precisely re-engineered component replicates the original’s start-up procedure, with reliable and high-quality components used to ensure operation is as it should be, every single time. The task of intricately reproducing the rev counter ahead of the driver including the way it revs counter-clockwise, has also been carried out with the emphasis on authenticity and originality.

For all C-type Continuations, materials have been sourced for the interior that respect and reference the original’s heritage, effortlessly and effectively blending old with new, to ensure authenticity while also providing a high quality and reliable finish for owners. Hardura trim is used for the cockpit, retrimmed to a new level that wasn’t found on the original C-type, but trimmed in silver to evoke the period item.

The Rexine finish on the dashboard and side panels of the Continuation cars, is from the last roll of this type of material available, providing as authentic an ambience as possible by delivering the same type of finish from 70 years ago.

The seats, finished in a choice of eight leather hues, are upholstered by Bridge of WeirTM, and are complemented with racing harnesses – fitted to a newly constructed component behind the rear bulkhead to comply with FIA regulations. A Bluemel steering wheel is true to the original with no roundel affixed to the centre – it was omitted from the original race cars to reduce glare and reflections – however customers can specify the iconic Jaguar badging if they desire.

All C-type Continuations are FIA-approved, with eligibility in participating historic race championships, including the Jaguar Classic Challenge, which races at Le Mans, Spa-Francorchamps and Silverstone. To comply with regulations, the C-type Continuations will be fitted with FIA-approved Harness Retention System and rollover protection, effectively integrated into the rear bulkhead, also reassuring for those customers just looking to enjoy on track or closed-road use.

Other FIA-required fitments include a fire extinguisher with engine and footwell extinguishers, neatly controlled by in-period additional toggle switches in the cockpit.

Owners have 12 exterior colours to pick from, including Suede Green, Cream, Pastel Blue and British Racing Green, and the opportunity to enhance the exterior to their own specification with door roundels finished in White or Old English White.

The meticulous paint process takes one week to complete using modern water-based paint, while Jaguar badging can also be specified.